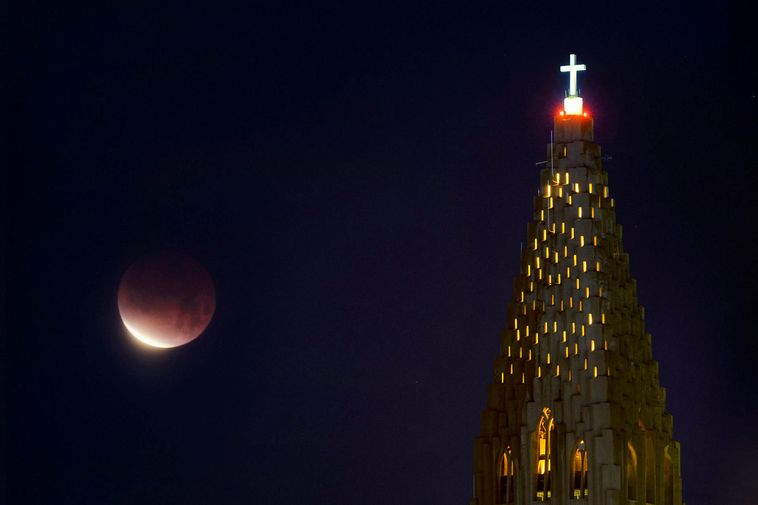 The moon, covered by a red hue. Hallgrímskirkja church is on the right. mbl.is/Kristinn Magnússon
Vala Hafstað
vala@mbl.is

A partial lunar eclipse was visible from Iceland Friday morning.  It started at 7:19 am and reached a peak at 9:03, when the Earth’s shadow covered 97 percent of the Moon.

A lunar eclipse occurs when the Earth moves between the Sun and the Moon, and the three are aligned in a straight line.

Morgunblaðið photographer Kristinn Magnússon caught a picture of the rare event. The reason for the reddish hue, or so-called “blood moon,” is that the only sunlight that reaches the moon passes through the Earth’s atmosphere on its way there. The phenomenon is called Rayleigh scattering.

For more information about a lunar eclipse, see here.