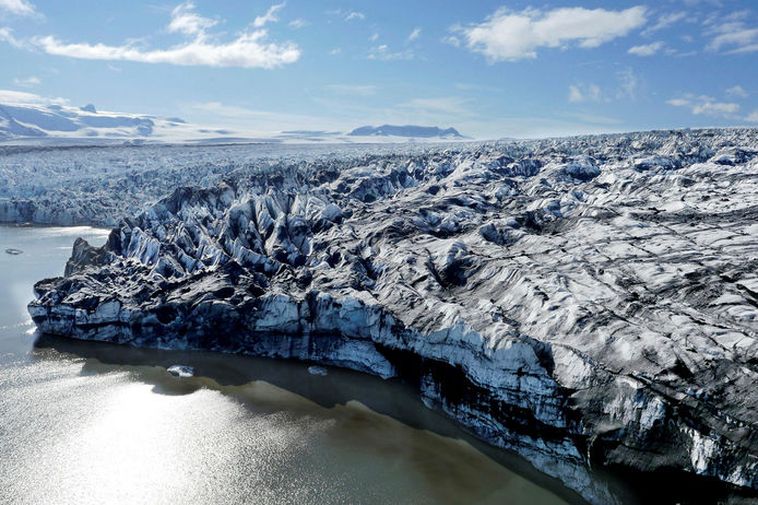 A time-lapse video, published by Sky News yesterday, showing the rapid melting of Breiðamerkurjökull glacier, Southeast Iceland, has received a great deal of attention, mbl.is reports. It represents the destructive effects of a warming climate.

In the summer, a team of filmmakers, glaciologists and science communicators installed two time-lapse cameras at Breiðamerkurjökull, which is an outlet glacier of Iceland’s largest glacier, Vatnajökull, and continued filming for a period of six weeks.

Behind the project was Dr. Kieran Baxter, a lecturer in communication design at the University of Dundee, Scotland.

Experts have highlighted that the rapid rate of melting glaciers during the summertime has now significantly impacted recovery during the winter months.

Dr Kieran Baxter, a lecturer in Communication Design at the University of Dundee, was behind the time-lapse project. He is calling for action on climate change as the UN Climate Change Conference, COP26, continues in Glasgow.

“Footage like this should act as a wake-up call that we cannot ignore the signs any longer,” he states.

You can watch the time-lapse video here.