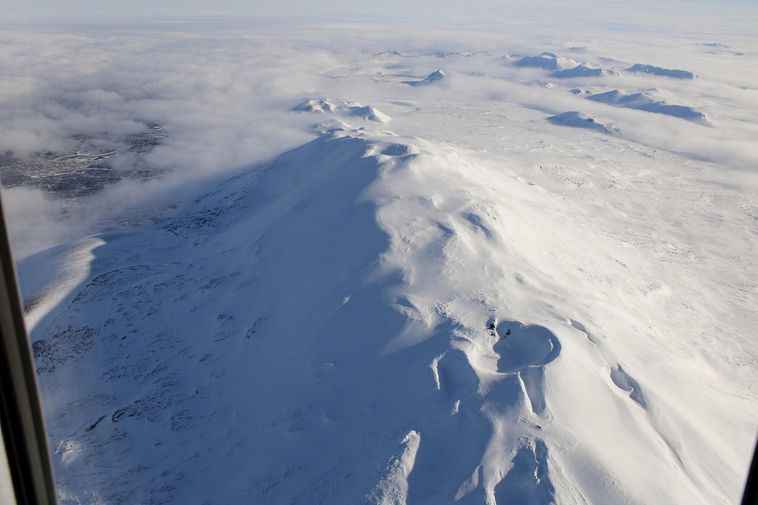 Since the year 2000, when Hekla volcano, South Iceland, last erupted, inflation has steadily increased in the mountain, Páll Einarsson, geophysicist and professor emeritus tells Morgunblaðið. He adds that already in 2006, the inflation was as extensive as what it had been before the 2000 eruption. Since then, you could say the volcano has been ready for an eruption.

There are no visible signs of that, though. “Hekla is not used to showing any sign of an imminent eruption until a short while before it occurs,” Páll states. “That’s what makes it so dangerous.”

The pressure causing the inflation seems to originate at a depth of 15-20 km. “That’s where magma appears to accumulate,” Páll states, “and that’s where it seems to have come from in recent eruptions. That’s what deformation measurements suggest. The inflation results in deformation, which is like a ball on the Earth’s crust. The ball inflating by Hekla is about 30 km in diameter.”

Hekla used to erupt twice a century. A large eruption occurred in 1947, followed by a surprise eruption in 1970. Subsequently, it erupted in 1980, 1991 and 2000, the last ones being fairly small. Scientists used to believe that the longer a break between eruptions, the larger the eruption, but Páll states that rule is not without exceptions.

The last time Hekla erupted, it gave only a 79 minute notice. In 1980, the notice it gave was no more than 23 minutes. Those at the greatest risk are people who are hiking in the mountain, because escaping could be difficult. Páll states that only those who urgently need to collect data should hike up the mountain. In addition to being concerned about hikers, he is concerned about the passengers of aircraft that fly over Hekla.

Responding to that concern, Árni Guðbrandsson, specialist at Isavia ANS, which is in charge of air navigation over Iceland, tells Morgunblaðið that Isavia ANS did a risk assessment in 2016, in cooperation with the natural hazards division of the Icelandic Met Office. They concluded  that no change needs to be made regarding directing flights over Iceland with regard to the risk of eruptions.