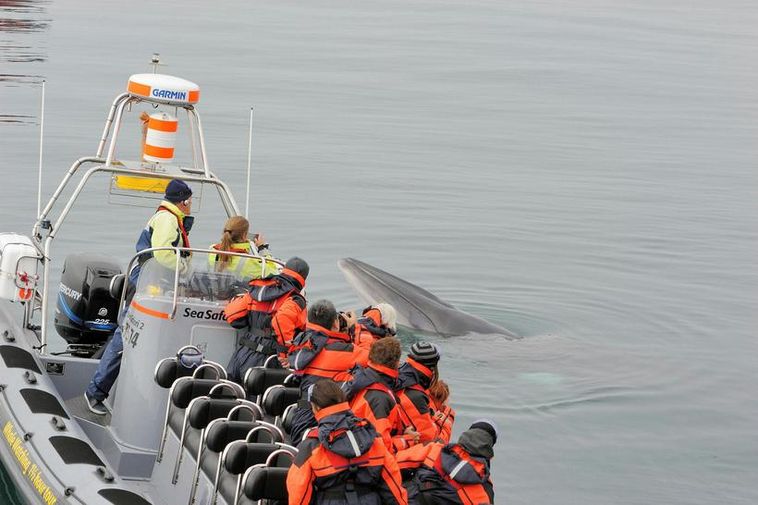 Whale watching has been unusually popular in Iceland in recent weeks, Morgunblaðið reports.

The company North Sailing offers tours from the town Hjalteyri in Eyjafjörður fjord and from Húsavík on Skjálfandi bay, North Iceland.

Not all species have appeared the same day. They have instead taken turns appearing. Fishermen have recently reported large amounts of small herring in Eyjafjörður fjord — enough to attract the species of whales that feast on herring.

Hörður states that all the attention brought to the town of Húsavík through Will Ferrell’s film Eurovision Song Contest: The Story of Fire Saga, which was filmed in Húsavík, has no doubt increased people’s interest in visiting the town and been good for the whale watching business, as well as for businesses offering other types of recreation in North Iceland.

Elding Whale Watching offers tours from Reykjavík and Akureyri. Elding’s CEO Rannveig Gísladóttir, notes that when large conferences are held, such as the World Geothermal Congress currently in session at Harpa Concert Hall, the number of reservations for whale watching tours generally increases.

She adds that due to bad weather in September, a number of people canceled their reservations. The whales, though, do not cancel their shows. In recent weeks, a large number of humpback whales, minke whales and dolphins have made an appearance in recent weeks, she states.