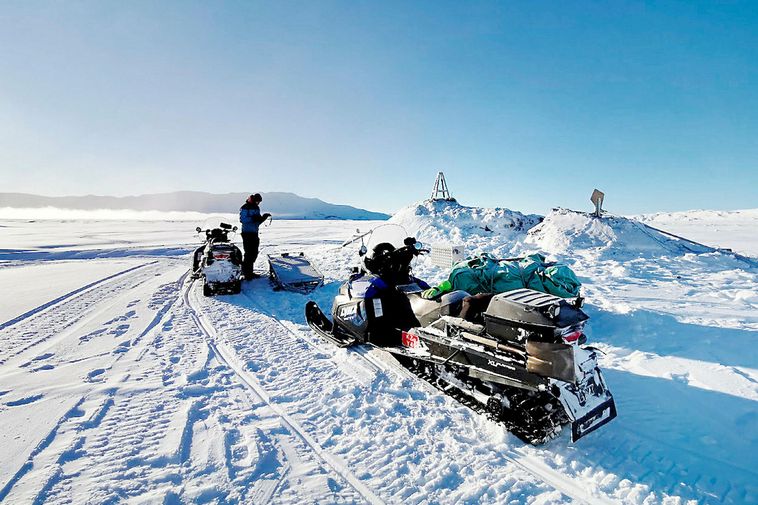 The Icelandic Met Office is closely monitoring the situation in Askja volcano, located north of Vatnajökull glacier, Morgunblaðið reports. Inflation in the volcano continues, and the possibility of an eruption cannot be ruled out, states Benedikt Gunnar Ófeigsson, deformation scientist at the Met Office.

Since the beginning of August, inflation has amounted to 15 cm, an increase of 7 cm since a month ago.

“The inflation is relatively steady, but is probably slowing down,” Benedikt notes. “In the wintertime, data is less precise, though,” he adds.

“It is much too early to tell whether we should be expecting an eruption,” he states. “First and foremost, this means that magma is accumulating, most likely at a relatively limited depth in the earth’s crust — two to three kilometers, in our estimate. It is impossible to tell what that will lead to, but surely, it could lead to an eruption, even soon. We cannot rule that out.”

He believes specialists would see clear signs of such a development when and if an eruption becomes imminent.

“We’d expect continued inflation, more seismic activity, and we’d see more signs of geothermal heat,” he explains. “Most likely, we’d see rather strong seismic activity for a while before seeing any movement of magma — not just an accumulation in one place — with the accompanying bang.”

Specialists from the Icelandic Met Office recently made two expeditions to Askja to install new GPS stations, seismic stations and cameras. The main goal of the expeditions, according to Benedikt, was to make it possible to continue monitoring the volcano during the winter.