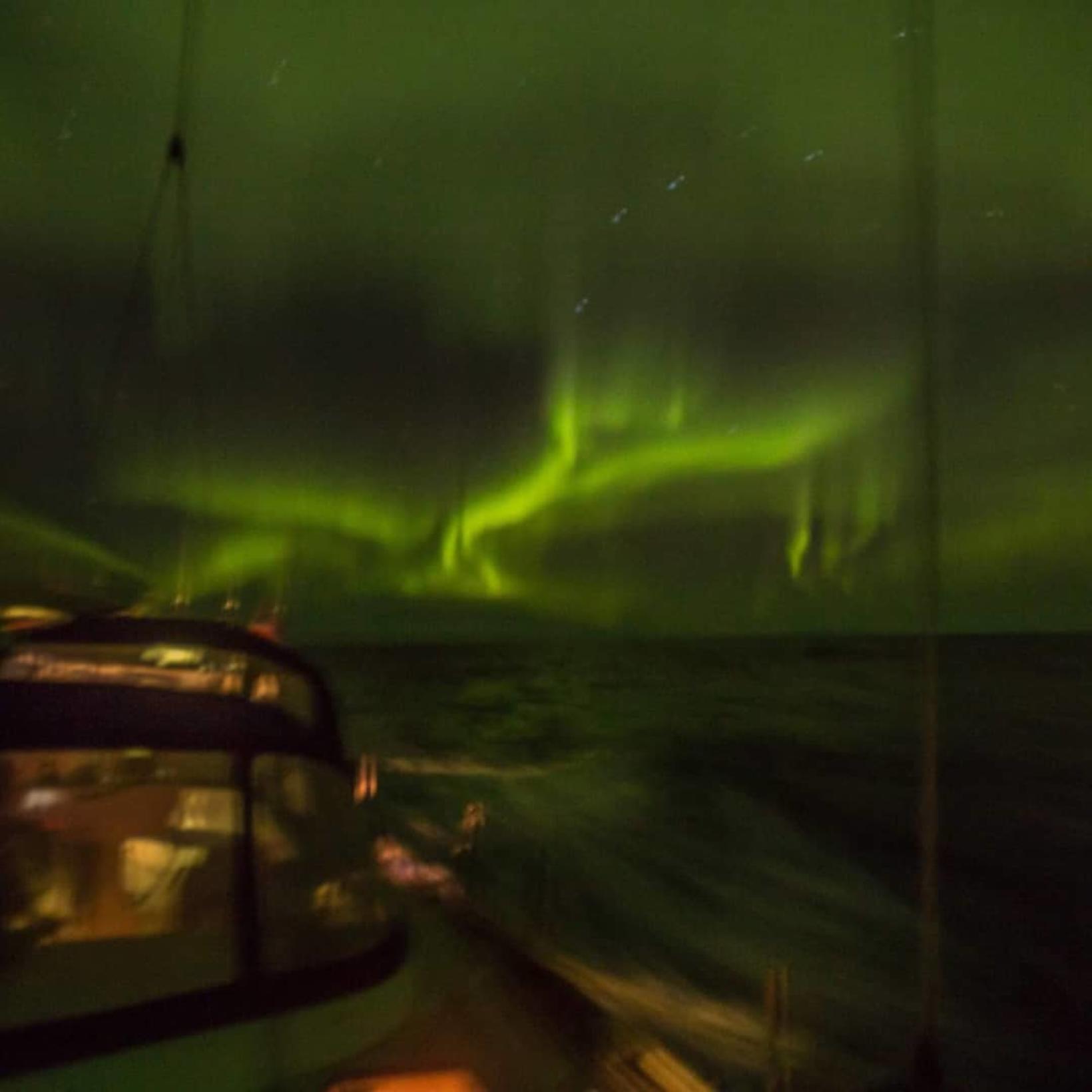 “Those were some of the greatest northern lights in decades,” states tour guide Gunnar Guðjónsson, speaking of the celestial spectacle he witnessed a week ago from a sailboat he was in east of Iceland. The colorful lights illuminated the ocean. 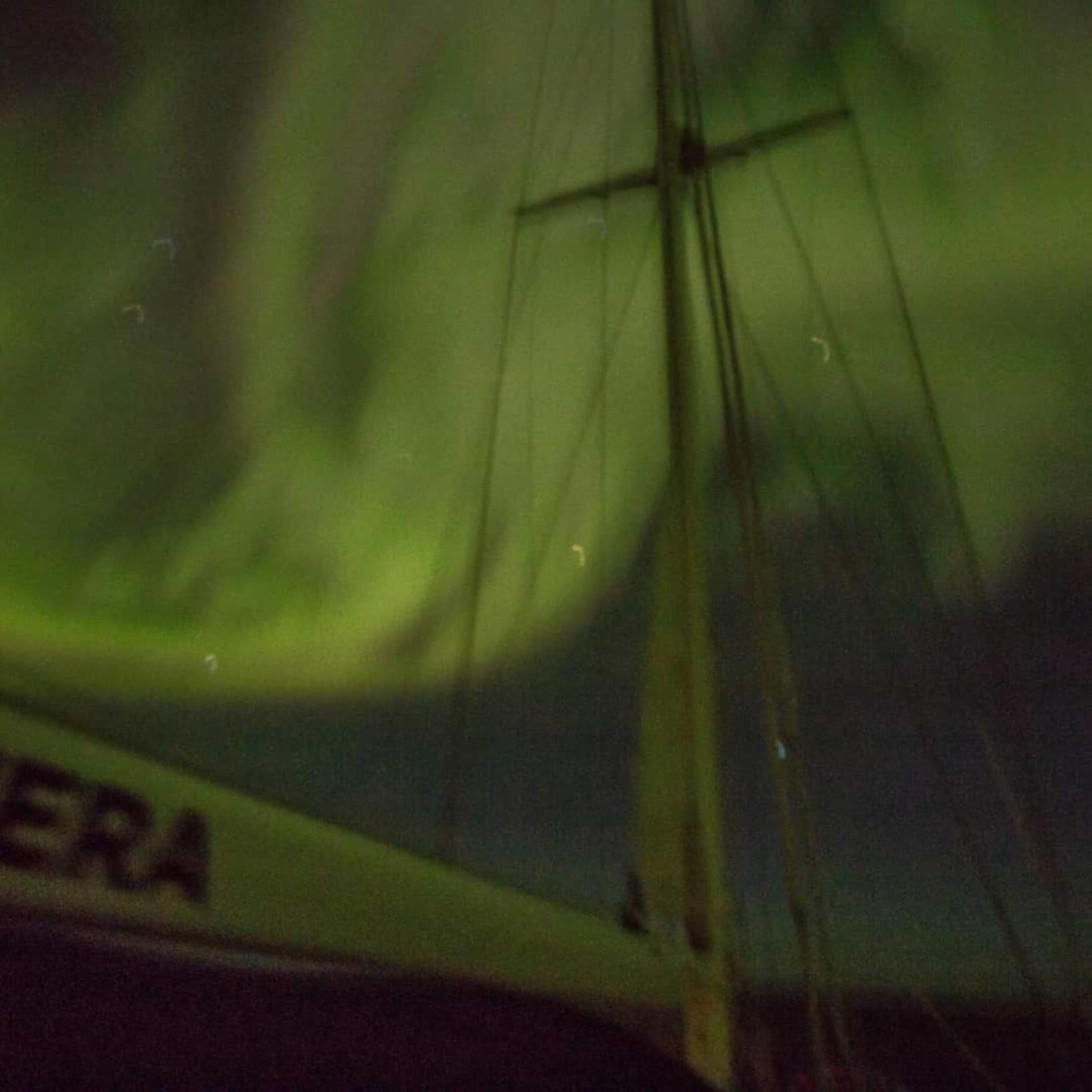 
The sailboat rocked quite a bit, making it hard to adjust the focus, but the pictures give you an idea of how intense the lights were.

Gunnar frequently travels to the central highlands, where the northern lights often make an appearance, but Monday night was unique, he states. 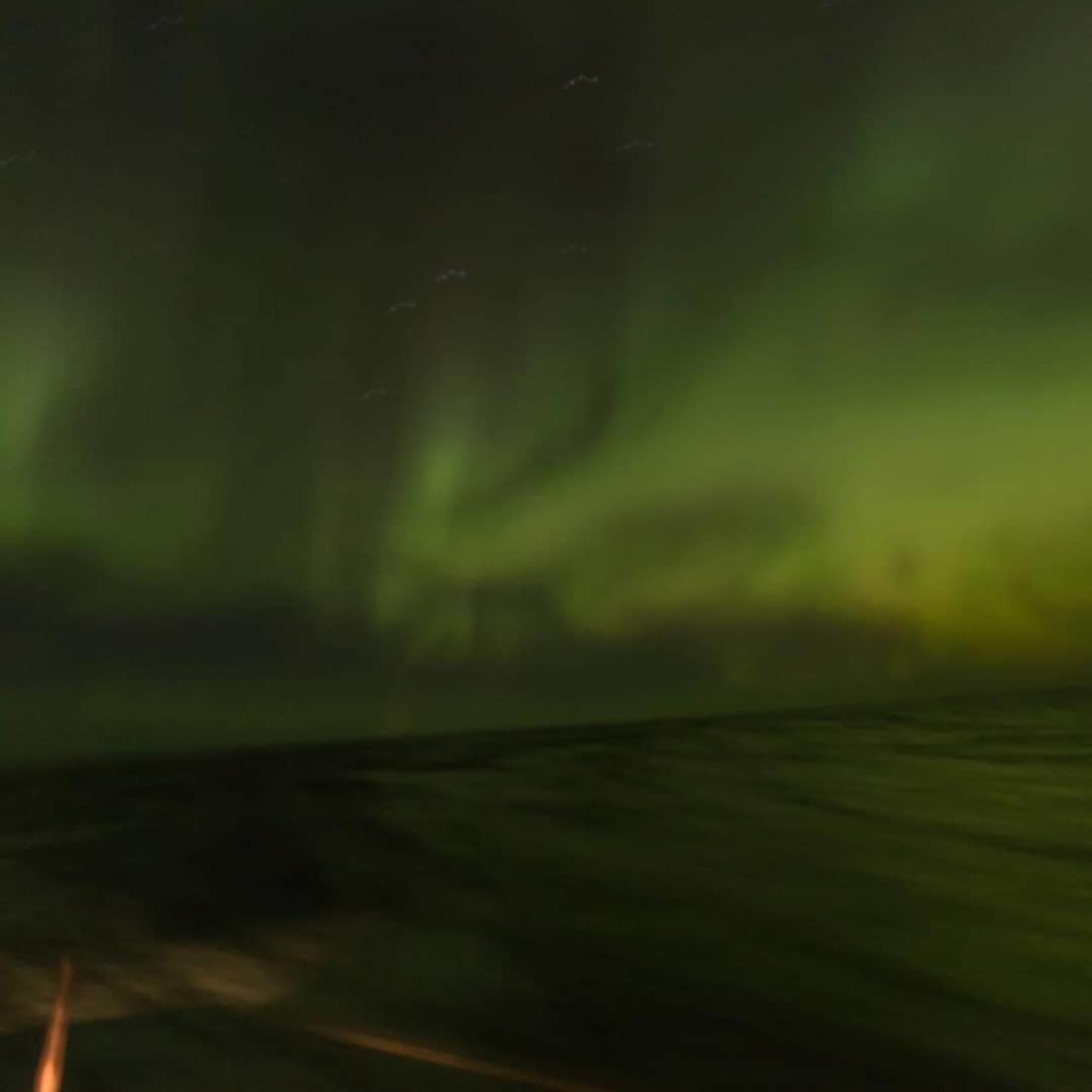 He and the sailboat’s owners set sail for Scotland from Akureyri harbor, North Iceland, on Sunday, a week ago. In Scotland, the sailboat, called Vera, will undergo maintenance. It has recently been used for sailing tours in Scoresby Sund in East Greenland.

Vera came to harbor in the Faroe Islands Wednesday night, and Gunnar flew back to Iceland from there. The sailboat was expected in Scotland last night.