Movement Continues in Mountain by Seyðisfjörður 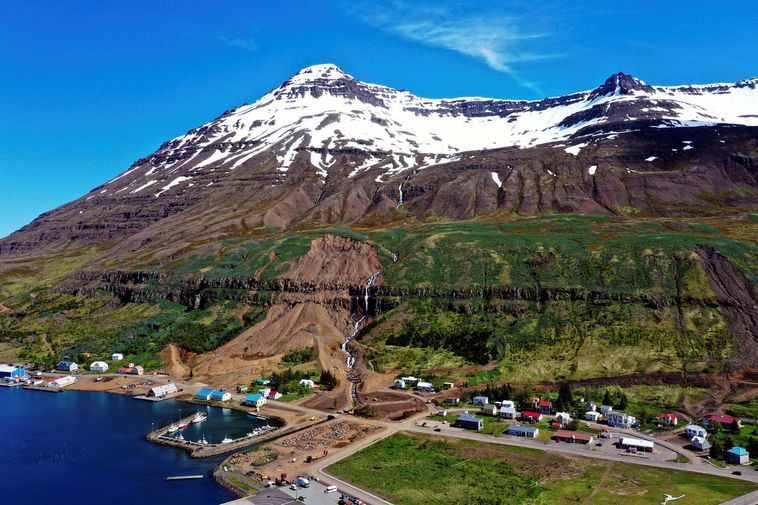 Movement is still being registered in the mountain slope by the town Seyðisfjörður, the East Fjords, mbl.is reports. It is occurring between the wound left be the landslide in December of last year and Búðará river.

Because of how broken the ridge is, it is likelier to move on in smaller fragments rather than in one piece, according to a statement from the Department of Civil Protection and Emergency Management.

The statement notes that it is being calculated whether deflecting walls and a cesspool will suffice to receive the unsteady material in the mountain slope, even if it were all to go down at once.

No precipitation is in the forecast for Seyðisfjörður until Wednesday.

Nine houses remain evacuated in the town since Monday a week ago, due to a risk of landslides, following days of heavy rain.

According to Magni Hreinn Jónsson, group leader of avalanche assessment at the Icelandic Met Office, the ridge moved 3.5 cm from Saturday, October 2, till Wednesday last week.