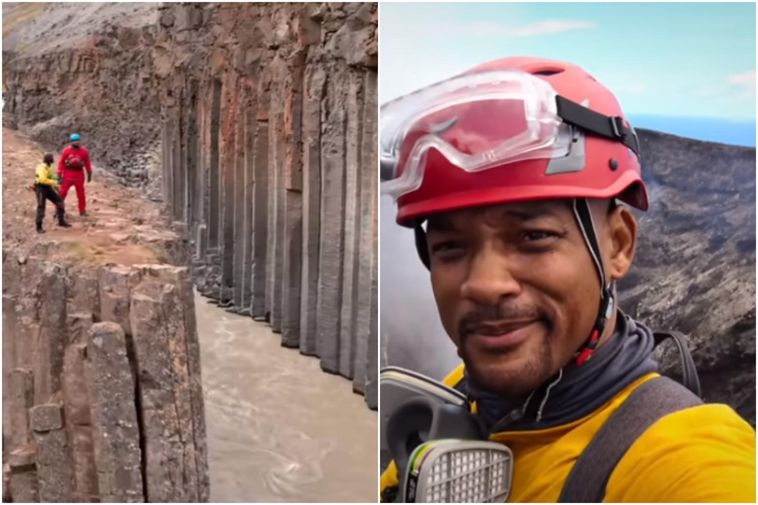 Parts of American actor Will Smith’s visit to Iceland last year can now be viewed in the official trailer of the Disney+ series Welcome to Earth, mbl.is reports. The six-part series, made by National Geographic, will be released on Disney+ in December.

Smith’s visit to Iceland caught a great deal of attention in August of last year (see our report here), not least because Stuðlagil canyon, East Iceland, remained closed to the public for two days while filming of the series took place there. The canyon has in recent years gained enormous popularity as a tourist attraction, not least due its columnar basalt, which is among the largest such formations in the country.

During his stay in Iceland, Smith visited Dettifoss waterfall, North Iceland, as well, from where he posted a picture of himself on Instagram.

In the series, the actor visits remote and unique places all around the world.

You can view the trailer here: