One of the two icebergs. Photo/Joana Micael


He posted the above photo, taken on a smartphone, on Facebook yesterday.

The Icelandic Met Office first received reports of the icebergs on Wednesday. One of them is stuck to the seafloor, while the other one is moving, albeit very slightly, according to the Met Office . 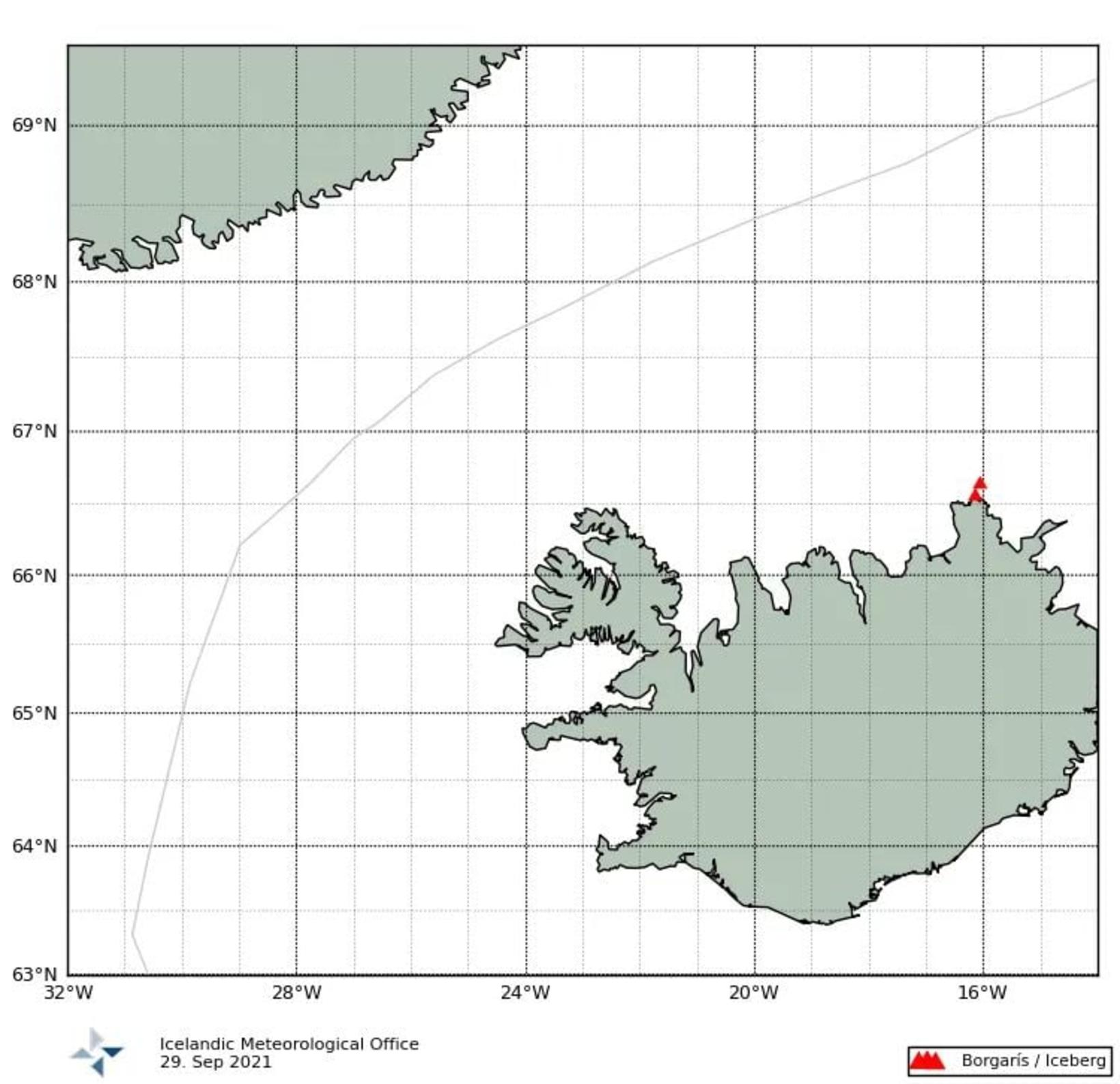 The red dot shows the location of the icebergs. Map/Icelandic Met Office

Three reports made about icebergs today in Icelandic waters