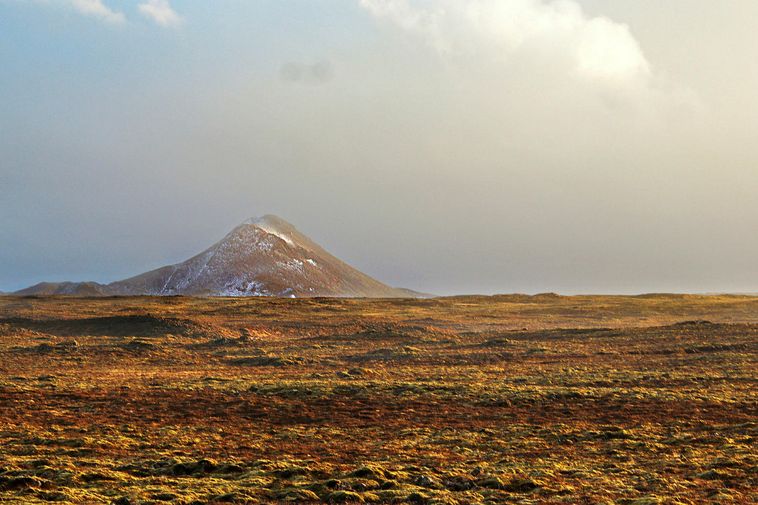 The most recent satellite pictures of the area show no sign of a magma intrusion in connection with the ongoing swarm of earthquakes southwest of Keilir mountain, Morgunblaðiðið reports. Magma intrusion cannot be ruled out, though, since it generally takes a few days for inflation to appear.

The above was revealed at yesterday’s meeting of the Scientific Council of the Department of Civil Protection and Emergency Management.

InSAR is a technique for mapping ground deformation. It uses radar images of the Earth’s surface, collected from orbiting satellites.

Lovísa states it is too early to predict what to expect and whether the current seismic activity could develop the way it did in February, when it culminated in an eruption by Fagradalsfjall on March 19.

She admits that scientists at yesterday’s meeting disagreed as to whether current seismic activity involved a magma intrusion or earthquakes on a tectonic plate boundary. “The coming days will tell,” she adds.

For the past days, there has been no visible volcanic activity at the Fagradalsfjall eruption site, although degassing from the crater itself has been visible. When asked whether the current swarm of earthquakes could indicate the beginning of a new phase, Lovísa responds it is still too early to tell.

Compared with the swarm of earthquakes in February, current seismic activity is concentrated in a much smaller area, she points out. In February, there were earthquakes in many parts of the Reykjanes peninsula.

Still, the similarities are many. “Although this is reminiscent of the swarm of earthquakes in February, that doesn’t mean the same thing is going on,” Lovísa notes. She adds that the largest of the recent earthquakes have occurred at the end of the magma dyke that formed in February.

UPDATE: Shortly after this story was written, at 11:28, desks began trembling in the news room. The reason: an earthquake of magnitude 3.8. Its source was 0.7 km south-southwest of Keilir. For a table of the latest seismic activity, see here.