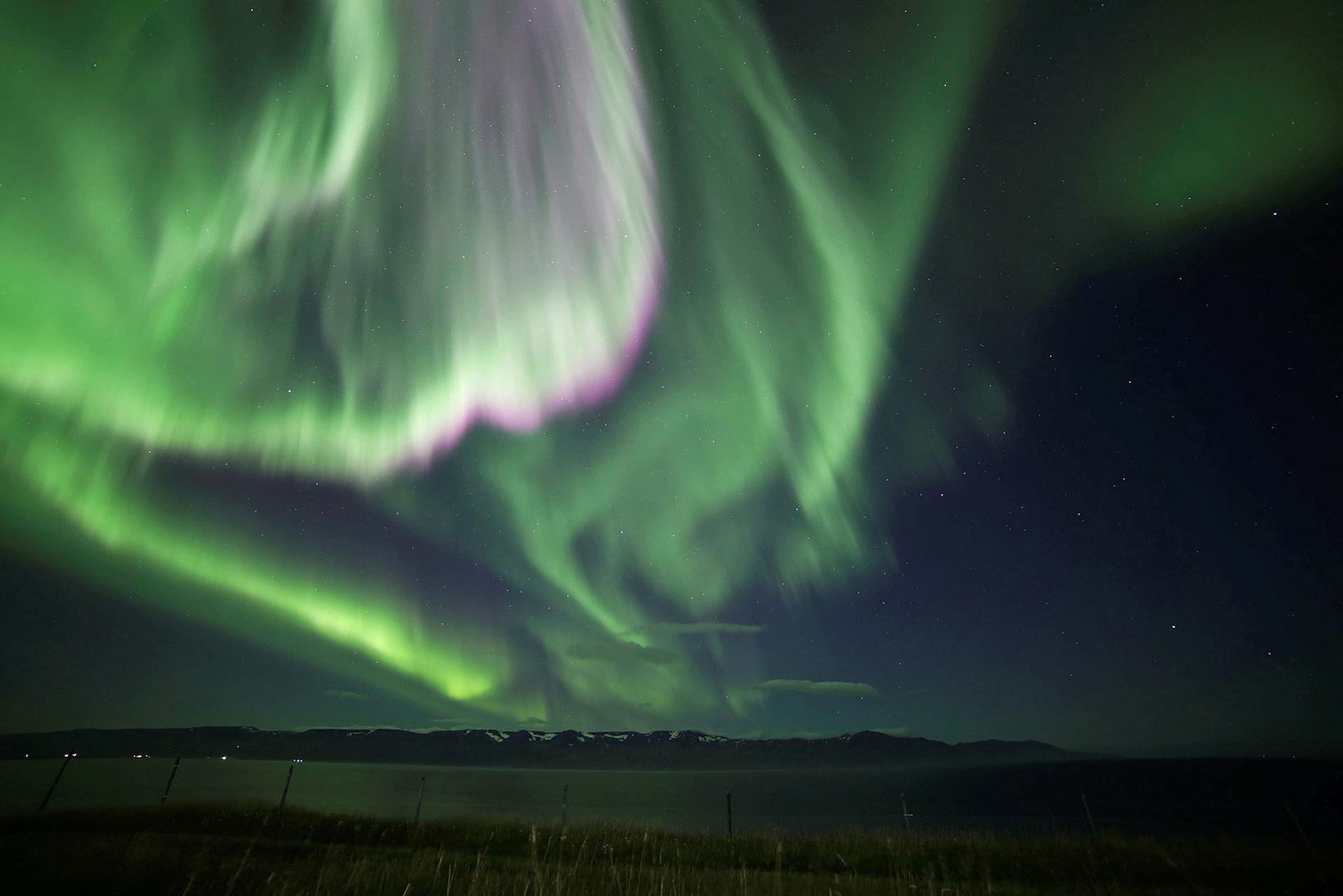 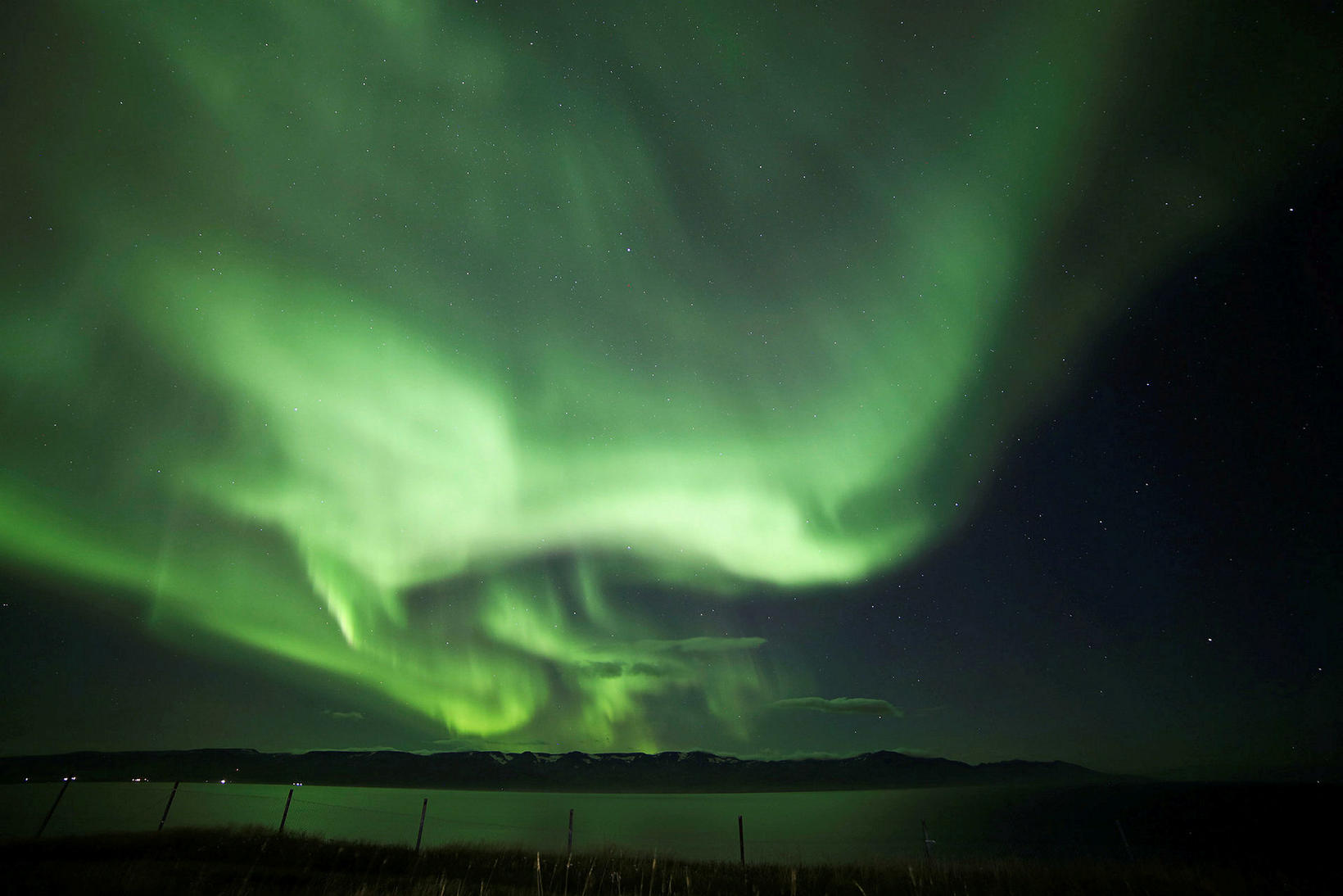 
The northern lights appeared in the sky above Reykjavík this week as well, but their dance only lasted a few minutes before a curtain of clouds dropped over them.

According to the Icelandic astronomy website, stjornufraedi.is , on average, the northern lights most frequently appear between 11 pm and 1 am.

You can always follow the aurora forecast on vedur.is and on auroraforecast.is .