Thanks to mbl.is photographer Eggert Jóhannesson, who took this impressive drone video yesterday, you can see how dark and muddy Skaftá river, South Iceland, looks these days, during the glacial outburst flood, or jökulhlaup, which began September 1. In the video, you’ll see the old bridge over the river, almost submerged.

At present, the flood is subsiding, mbl.is reports. The maximum discharge by Sveinstindur mountain was about 1,500 m3 per second Tuesday morning, according to Einar Hjörleifsson, natural hazards specialist at the Icelandic Met Office. According to the latest updates from the Met Office , posted at 8:30 am, the discharge is presently below 600 m3 per second by Sveinstindur. 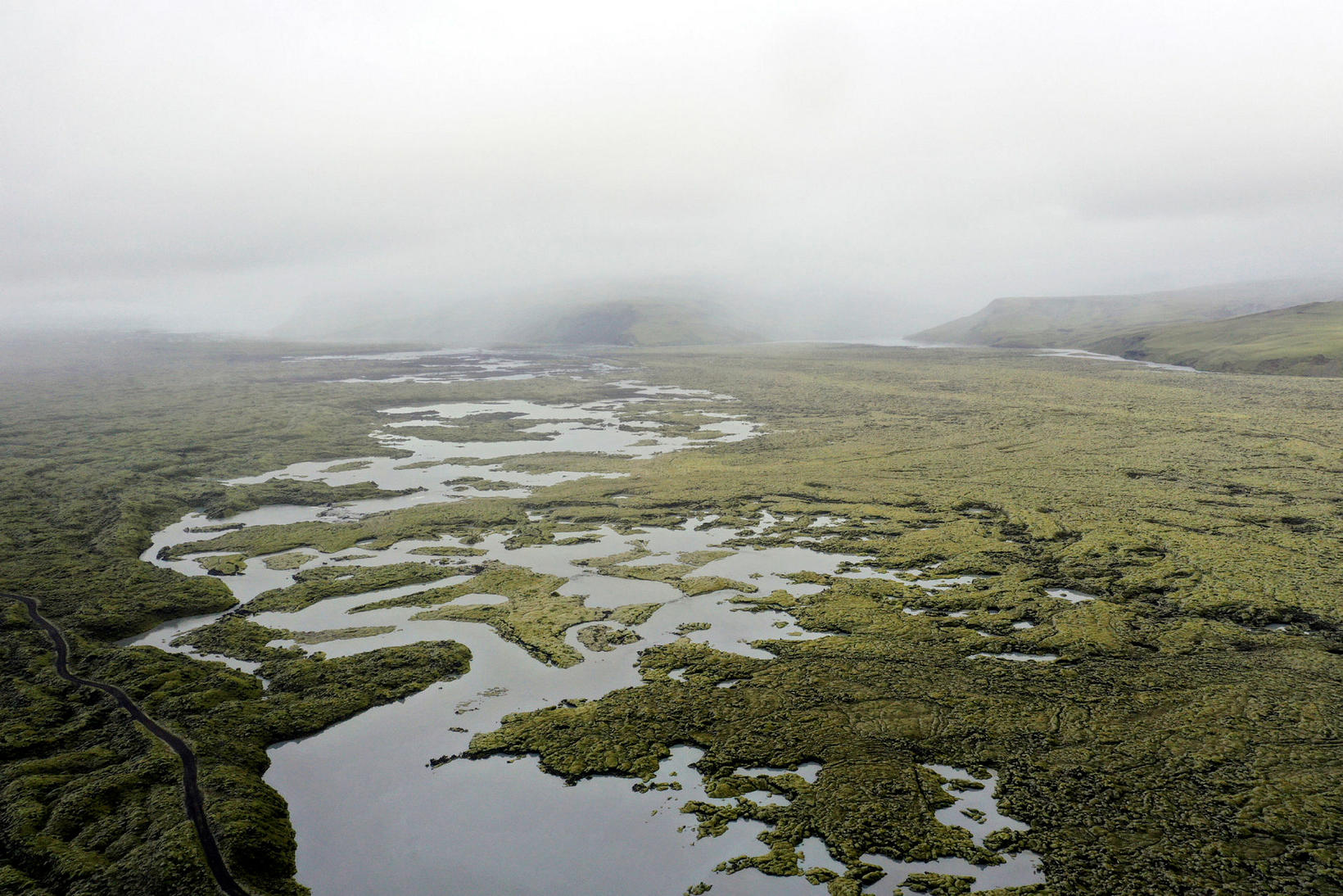 Flood water is expected to continue spreading in the lowlands. mbl.is/Eggert Jóhannesson

It will be a while before the discharge of the river reaches an equilibrium, and flood water is expected to continue spreading in the lowlands in the coming days.

Gísli Halldór Magnússon, farmer at Ytri-Ásar, is not too worried about the effects of this flood, but he tells Morgunblaðið that when the floods are large, such as in 2015, the clay and mud left behind on vegetated land can create a huge hazard for livestock, in addition to damaging vegetation. The mud, he states, is so thick that animals frequently get stuck in it. He points out, too, that old relics are at risk when river banks give in to glacial outburst floods.