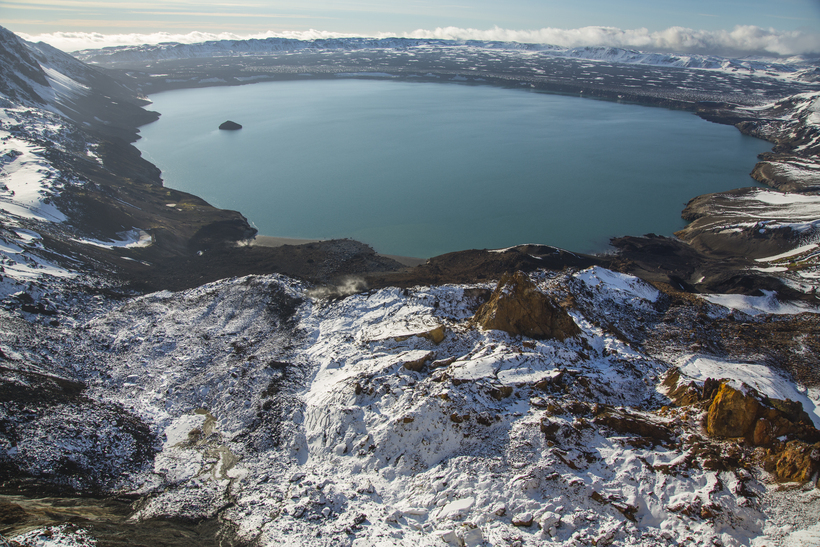 Askja volcano, located north of Vatnajökull glacier, caught the attention of geologists at the beginning of August, when it began inflating. The inflation continues and now amounts to a total of 6.5-7 cm, Morgunblaðið reports.

The uplift is centered on the western edge of Öskjuvatn lake, close to Ólafsgígar craters.

“This appears to be a rapid inflation,” states Benedikt Gunnar Ófeigsson, deformation scientist at the Icelandic Met Office. “This is an active volcano, but it has perhaps been rather quiet lately,” he adds. “Therefore, it was a matter of time when things would get going again.” 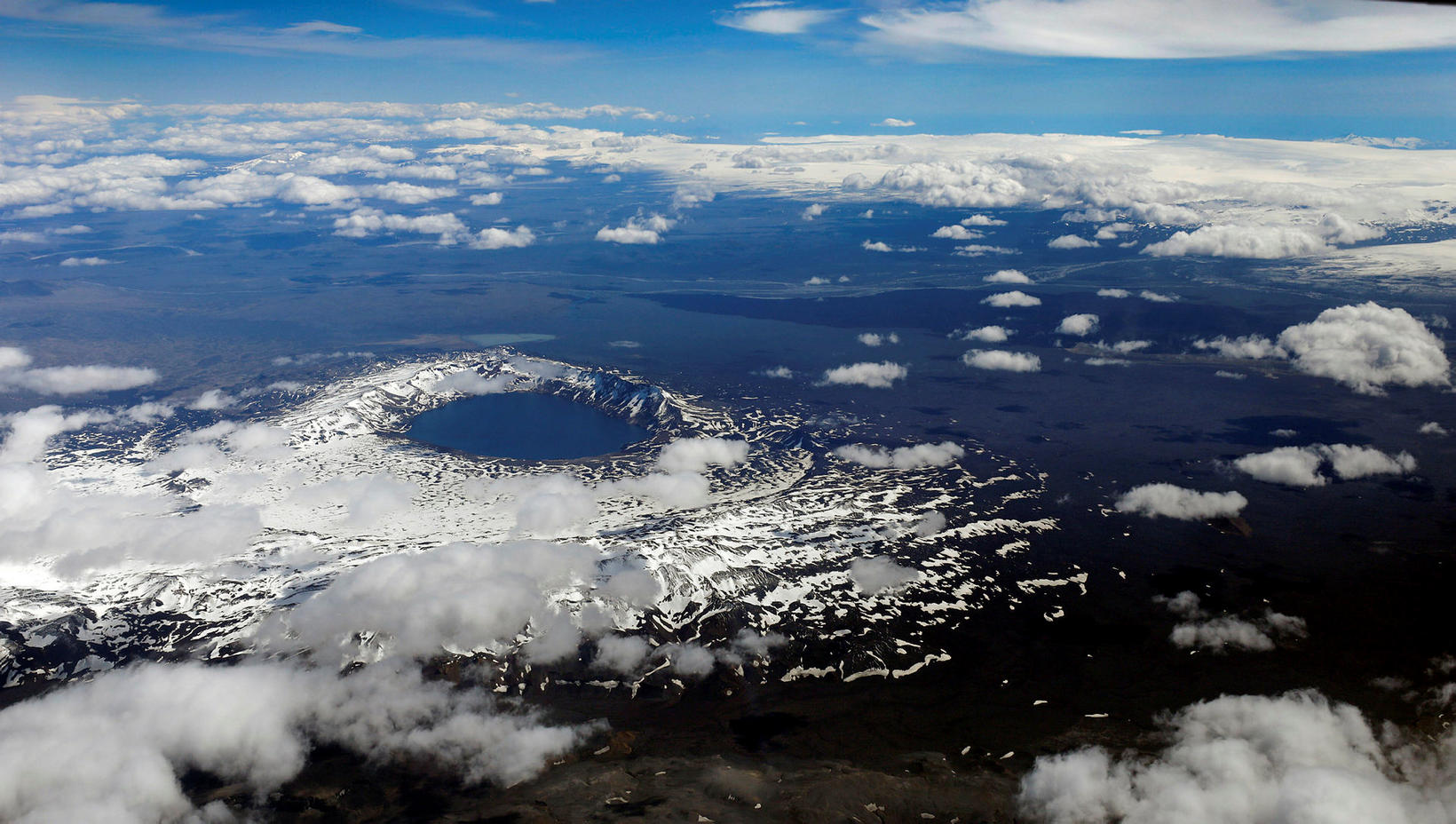 Askja volcano in the foreground. In the distance, you see Vatnajökull glacier. mbl.is/Eggert Jóhannesson

The inflation can clearly be detected on the GPS station, located in the caldera. In addition, satellite pictures are used to better locate the center of the uplift. Those are taken every few days. “That way, we can monitor movements to the centimeter by comparing the latest pictures to older ones,” Benedikt explains. “The inflation they show is comparable to what the GPS station shows.”

Benedikt does not expect an eruption any time soon.

“When you see something begin in a volcano, it usually takes a while to grow and become something larger,” he states.

Askja last erupted in 1961. Inflation was detected in the volcano between 1970 and 1972, using geodetic measurements.

“[g]eodetic modelling (performed using both GPS and satellite data) indicates that the source of this inflation is located at a depth of approximately 3 km and corresponds to a volume change of approximately 0.001 km³/month.

The cause of such inflation is uncertain, but most likely it is due to the inflow of new magma. Askja volcano is seismically active and earthquakes are regularly measured in the area.”

“Active volcanoes in Iceland are often characterized by periods of inactivity,”  the post continues, “lasting years to decades, with intervals of enhanced seismicity, geothermal activity, and inflation. In most cases, magmatic intrusions do not culminate into an eruption. At this stage it is then very difficult to anticipate how the situation will evolve.”