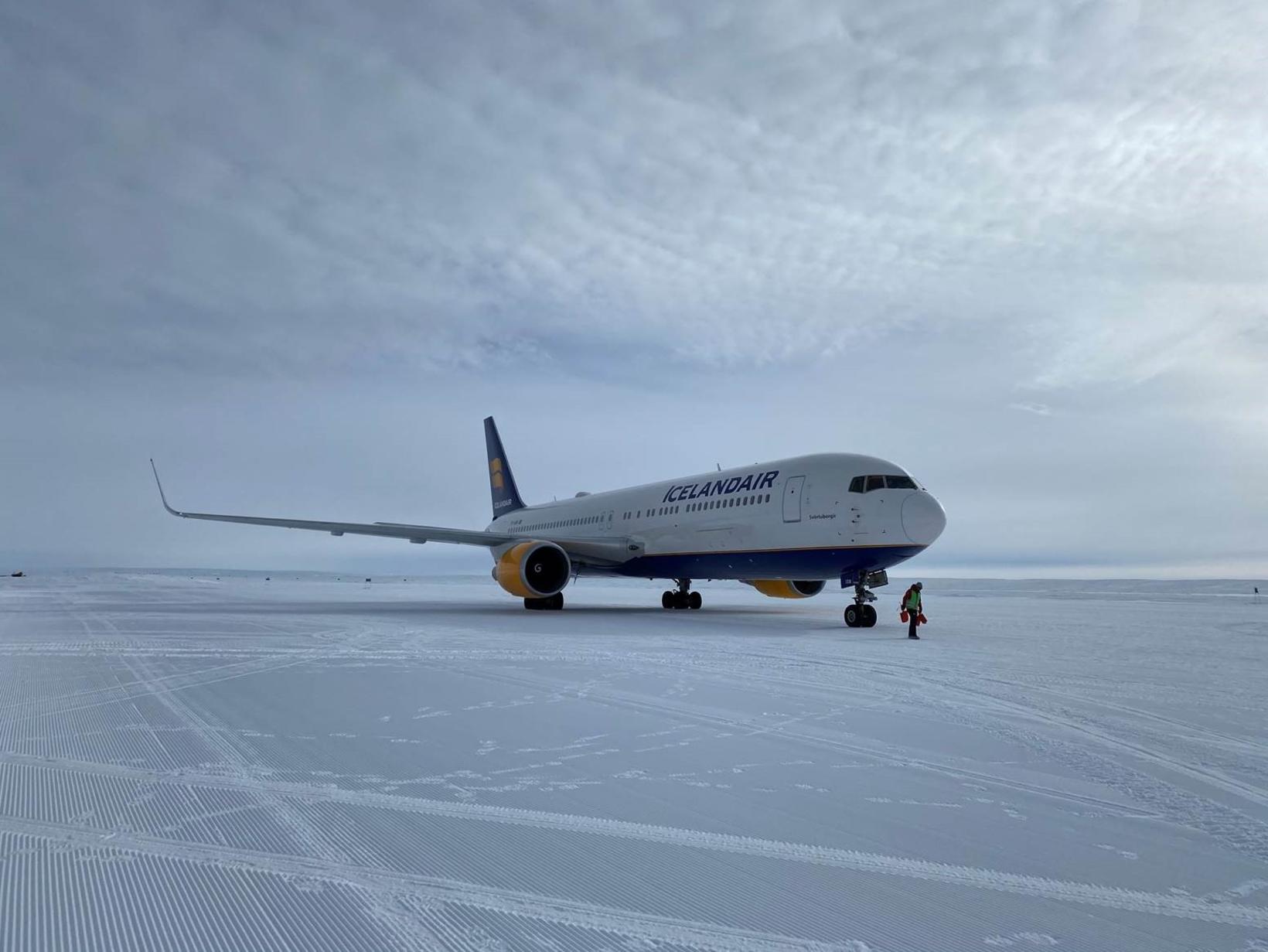 Mbl.is has received photos taken in Antarctica of the Boeing 767 aircraft from Icelandair that landed there on Friday. The purpose of the flight was to pick up Norwegian scientists at the Norwegian research center Troll, owned and operated by the Norwegian Polar Institute.

The research center is located on Princess Martha Coast, which is a portion of the coast of Queen Maud Land. 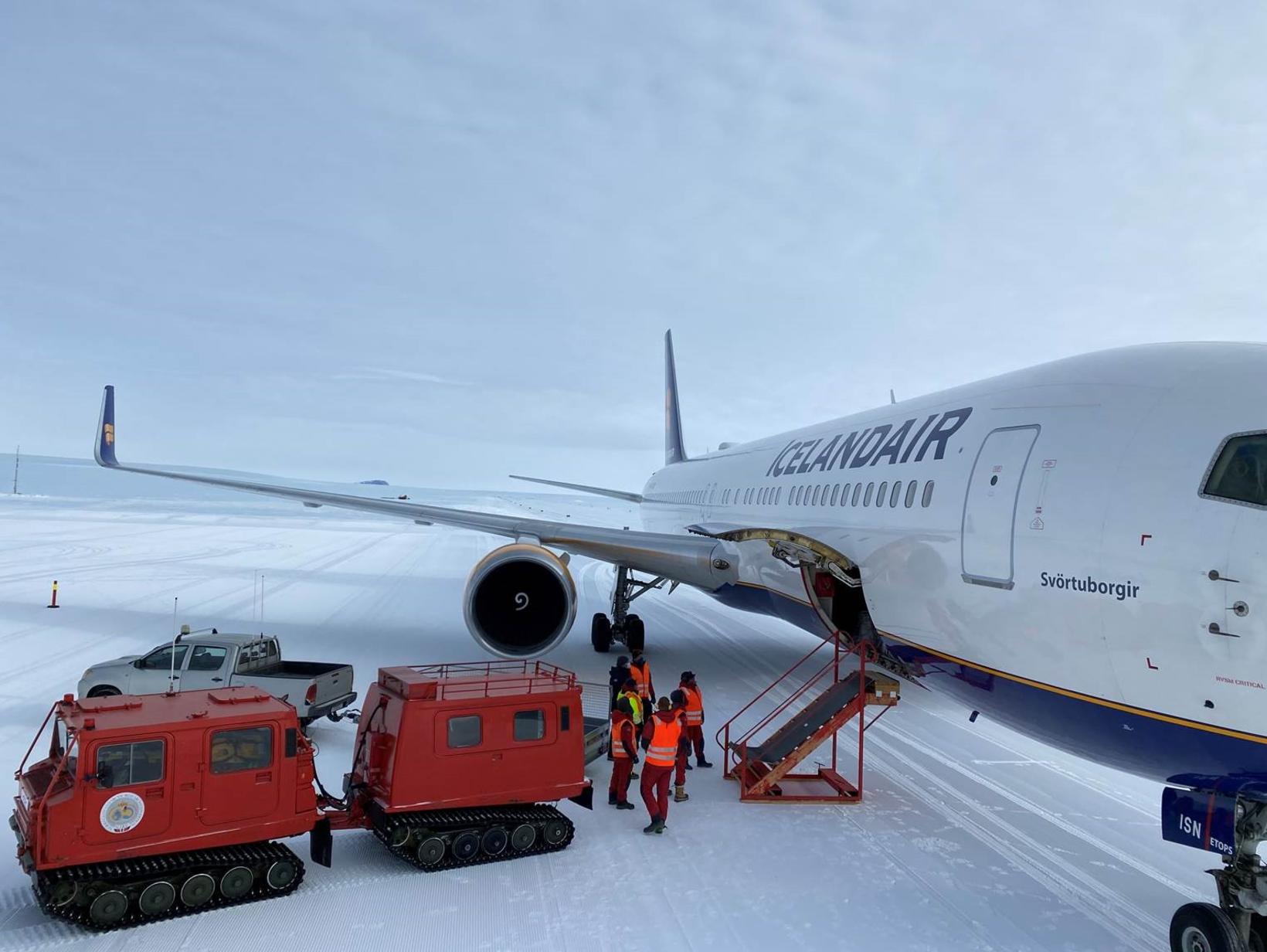 The aircraft landed on ice. Photo/Icelandair

The aircraft first flew from Iceland on Wednesday directly to Cape Town, South Africa, and from there to Antarctica.

It made a short stop on Princess Martha Coast – only about two hours. From there, it flew back to Cape Town, before heading for Oslo, Norway. 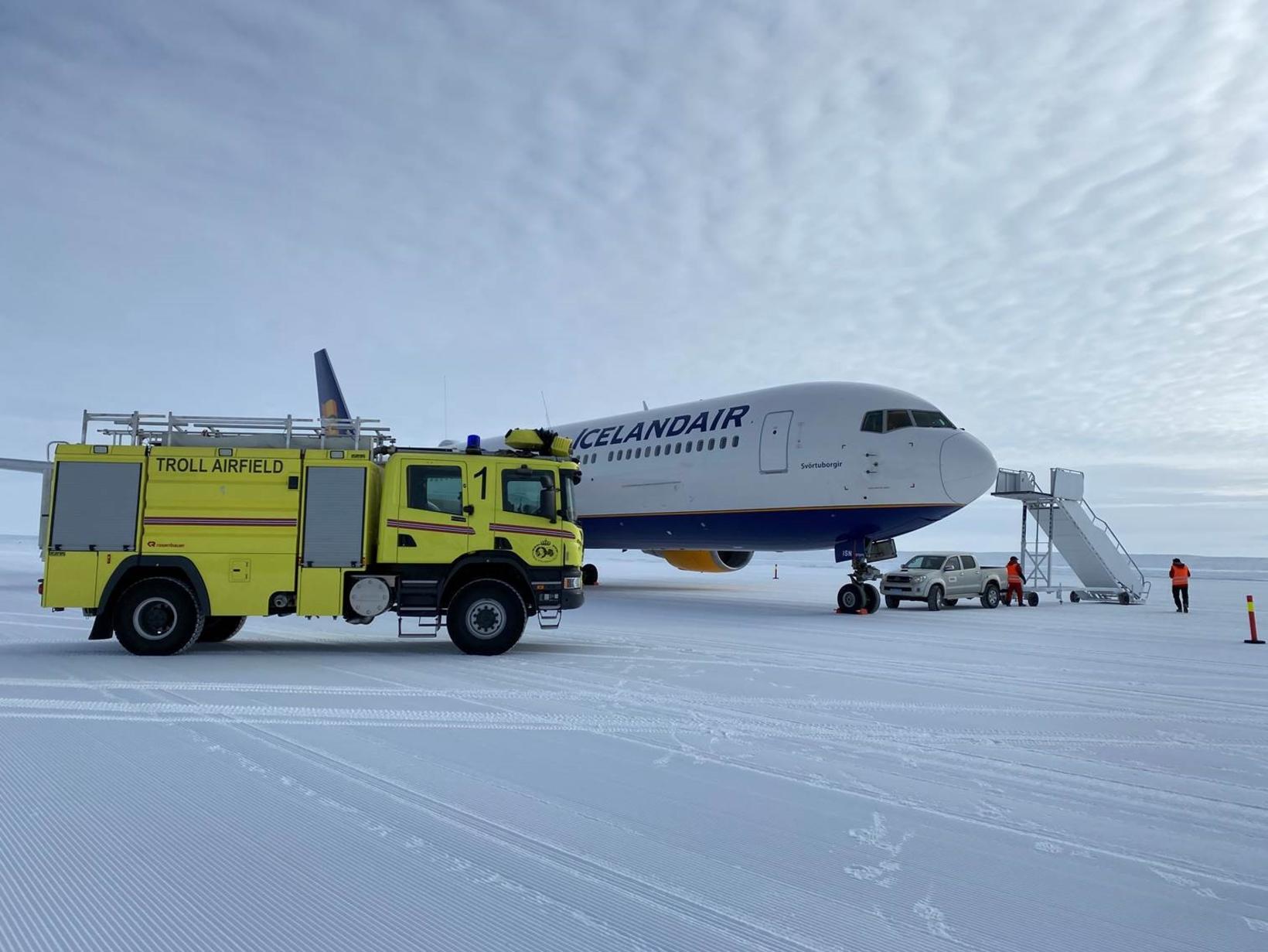 The Norwegian scientists had been away from home for 14 months.

The aircraft had a crew of 20 – six pilots, 13 flight attendants and one air mechanic.