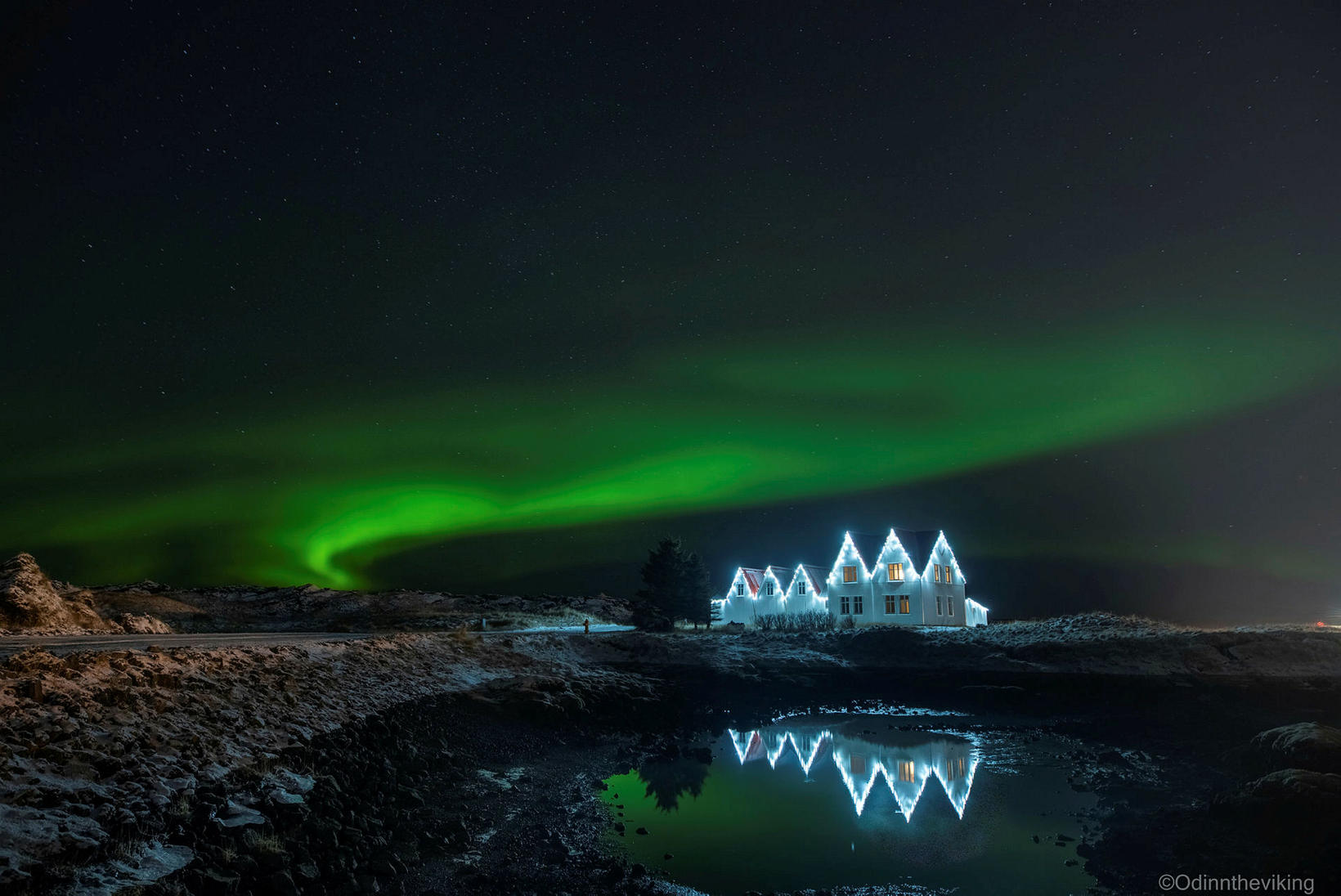 The northern lights have put on one evening show after another in recent nights, delighting anyone lucky enough to be gazing at the sky. Photographers were quick to capture the spectacle of the amazing movement of green scarf-like shapes that danced across the sky.

Photographer Óðinn Ingvason caught the above photo, which looks like a scene from a fairy tale, by Straumur, near Hafnarfjörður, Southwest Iceland.

“Capturing the northern lights in a picture is a challenge,” he tells Morgunblaðið , “but when the outcome is successful, the hard work behind it is well worth it.” He took the picture, using a Nikon D810 camera and a 20 mm lens, setting the light sensitivity at 800 ISO. 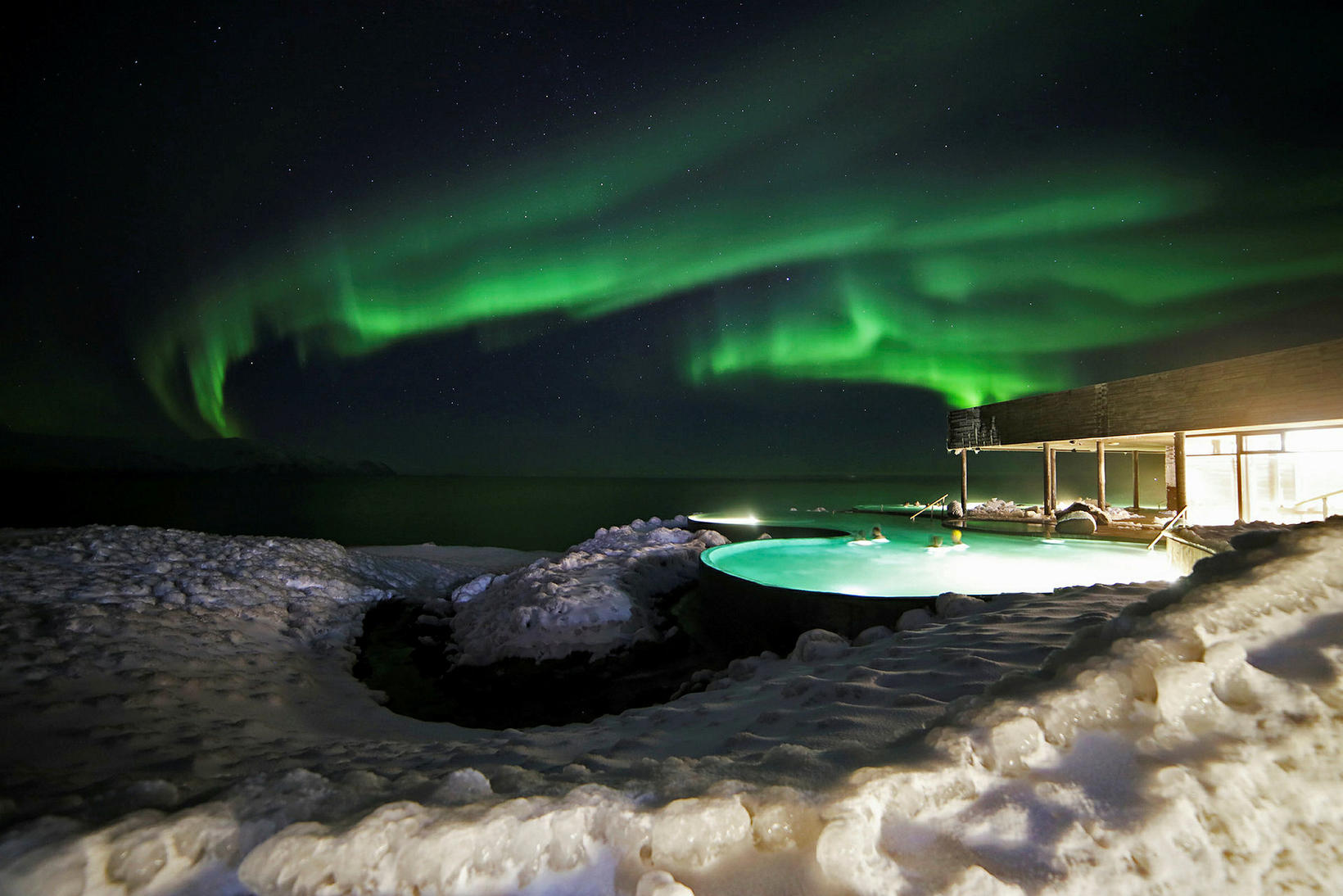 By GeoSea, the geothermal sea baths, in Húsavík. Photo/Morgunblaðið/Hafþór Hreiðarsson

In Húsavík, North Iceland, Hafþór Hreiðarsson witnessed the beautiful spectacle in the sky last night and took these pictures – one by GeoSea, the geothermal sea baths, and the other one by Húsavík Church.

On social media, numerous Icelanders have posted pictures in recent days of the northern lights, visible even from their balconies in Reykjavík, despite light pollution from the city. 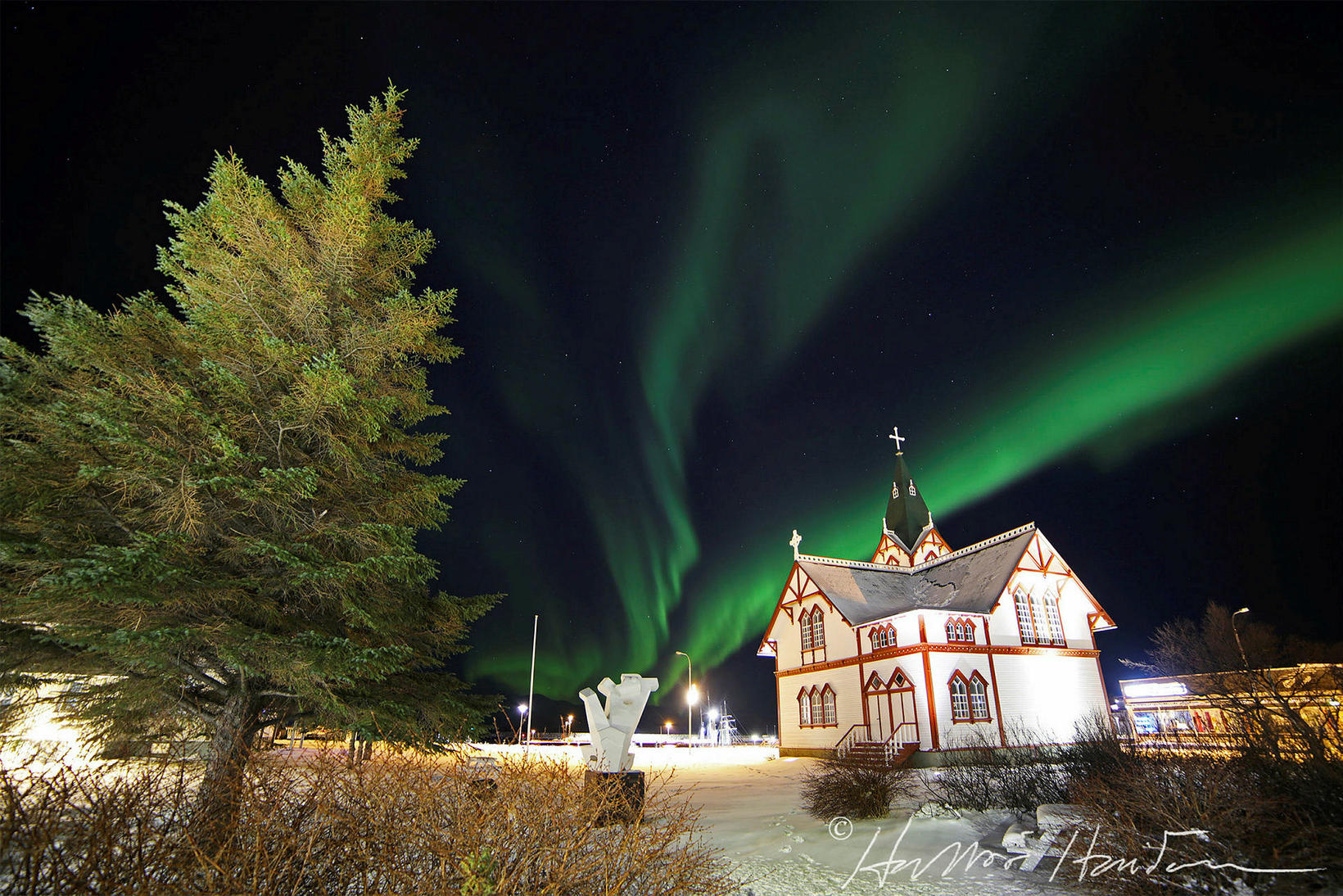 You can always follow the aurora forecast on vedur.is . Not much activity is predicted in the coming days, but according to Morgunblaðið , a solar flare is expected Sunday and into next week, which could vastly contribute to the heavenly show.