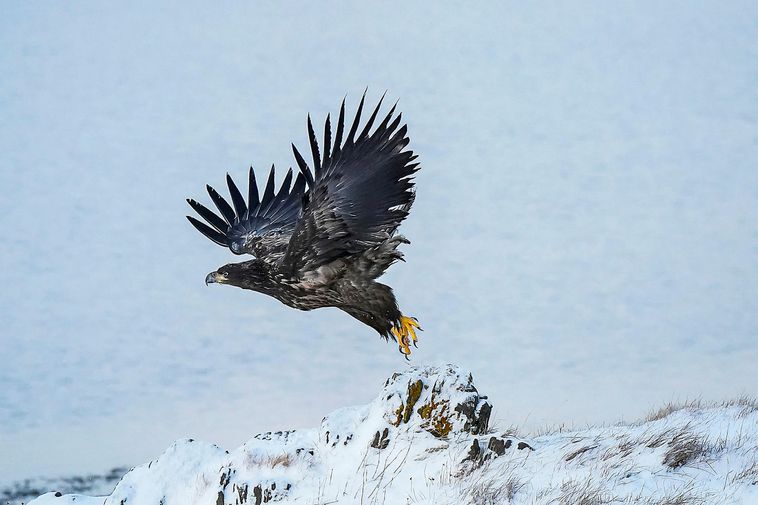 On December 26, he had a memorable encounter with a white-tailed eagle in Ísafjarðardjúp fjord, the West Fjords. He and his wife, Ólafía Kristjánsdóttir, were driving along the fjord in excellent weather when they spotted the eagle, perched on a rock by the ocean. They agreed to take a closer look.

“I stopped the car and took my bag out of the trunk. I put a 135mm lens… on the camera and drove back,” he writes in a post on the Facebook page Icelandic Birds.

Andri Már, who is relatively new to photography, had for days been looking for birds to photgraph when this happened.

“This was one of the most amazing things I’ve ever experienced,” he continues. “An eagle was perched on a rock, as if it were waiting for me, and for five minutes, it was completely calm and allowed me to photograph it from every angle. It let me closer and closer, as close as 4.7m. Then it hopped from rock to rock, as if looking for a better pose, and after acting this cocky, it topped it all by gracefully flying off toward the ocean, letting out a most amazing sound.”

Andri Már states that the bird he saw was probably a young one, because the head and the tail were rather dark, but these turn whiter with age. He states he managed to take more than 200 pictures and one video of the eagle before it flew off.

For more photos of the eagle, see here.