Icelandic Prime Minister Katrín Jakobsdóttir was in the middle of a live interview with Washington Post journalist David Ignatius when an earthquake of magnitude 5.6 hit Iceland Tuesday afternoon. You can see when the earthquake hits in the video clip above.

Katrín’s reaction has been covered by numerous media , including the BBC, Reu­ters, the Washingt­on Post, Bloom­berg, and the Daily Mail .

You can view the whole interview below. In it, Katrín answers questions about disease prevention efforts in Iceland, women in leadership roles and environmental issues.

“Nothing surprises me anymore this year,” Katrín tells mbl.is . “You can expect anything.” The earthquake left cracks in the ceiling of her office.

“I was in the middle of this interview, and everything began shaking, including the desk and the chair. The ceiling light behind me began swinging.” She hadn’t expected the interview to begin this way. “It’s stressful enough doing a live interview with someone abroad, where anything can go wrong, and this only added to that.” 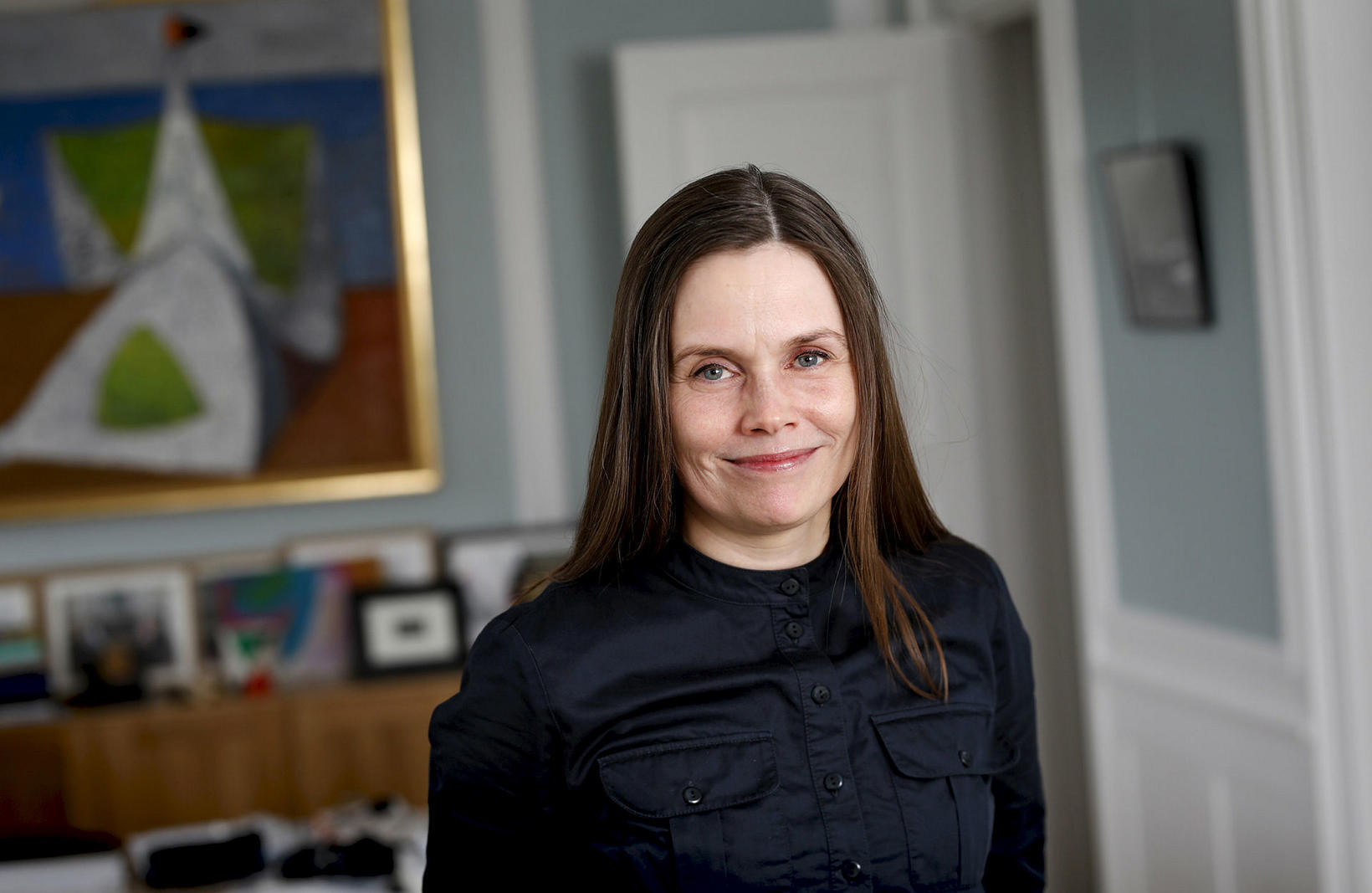 “We, who live in the southwest corner of the country, certainly felt [Tuesday] what it is like living in a country which is a living geology lab, and we need to remember what to do when an earthquake hits,” she states. She cheerfully adds she warned David Ignatius that if this continued, she might have to get under her desk.