Hrafntinnusker mountain, in the central highlands of Iceland, is usually a very windy spot. Such was not the case, however, at the beginning of July, when Morgunblaðið photographer Hallur Már Hallson visited the area.

The view of the Fjallabak natural reserve was spectacular.

The area is known for its rhyolite mountains and geothermal heat, including geysers that manage to break trough the ice. 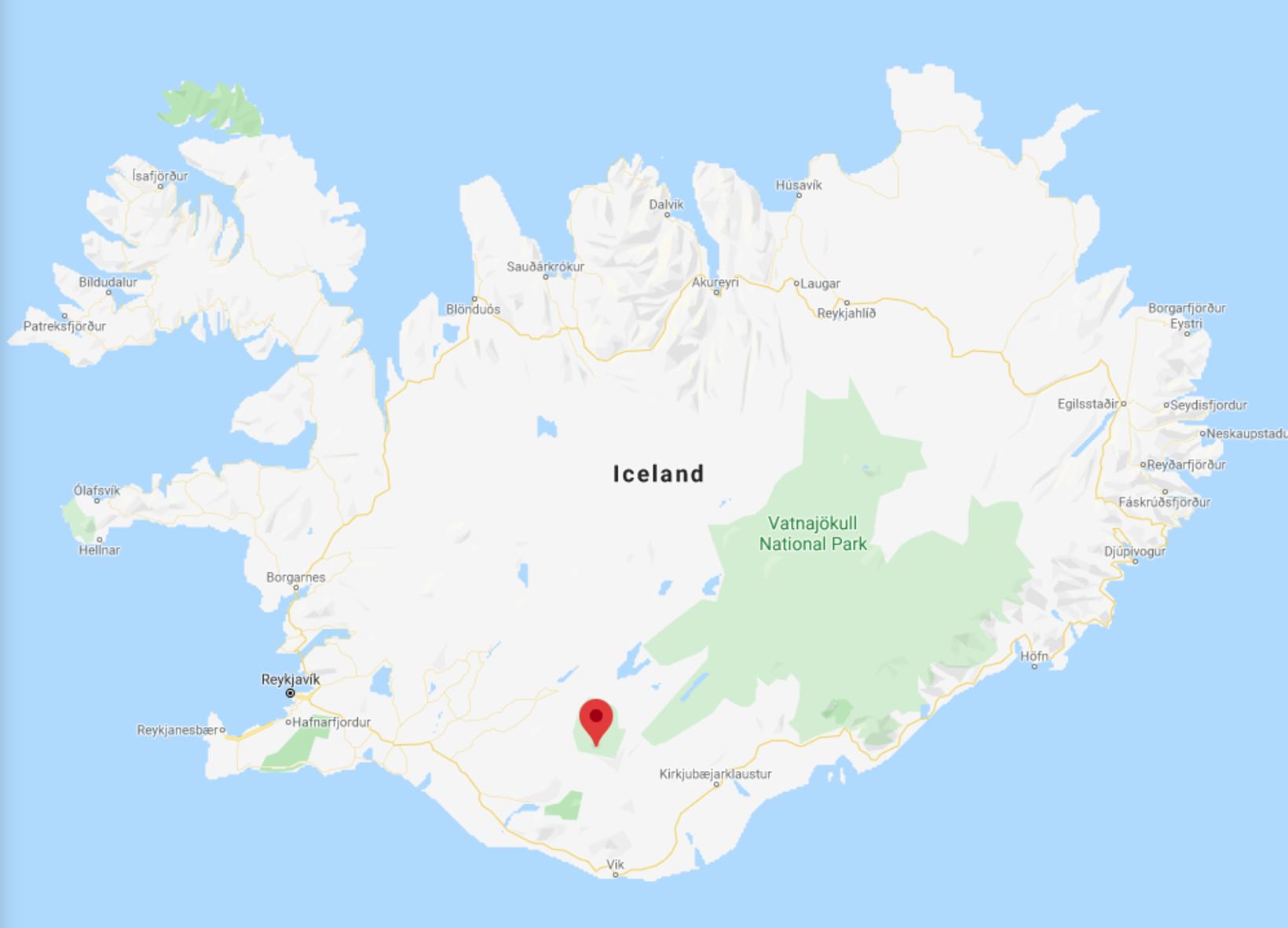 The map shows the location of Hrafntinnusker. Map/Google Maps

Hrafntinnusker, which has an elevation of 1,128 m (3,700 ft), derives its name for the obsidian it is made of – hrafntinna in Icelandic – and the word sker, meaning rock or skerry. Obsidian is produced when felsic (that is, light-colored) lava, extruded from a volcano, cools rapidly with minimal crystal growth.

The Icelandic Touring Association , FÍ, operates a hut in Hrafntinnusker, which accommodates 52 people. The hut, called Höskuldsskáli, is on the popular hiking trail Laugavegur that connects Landmannalaugar and Þórsmörk, and is commonly regarded as the first stop on the trail.

Enjoy the mountain view by watching the video. Most people have to hike a long way to see this or endure a long ride in a 4x4 on a bumpy road.