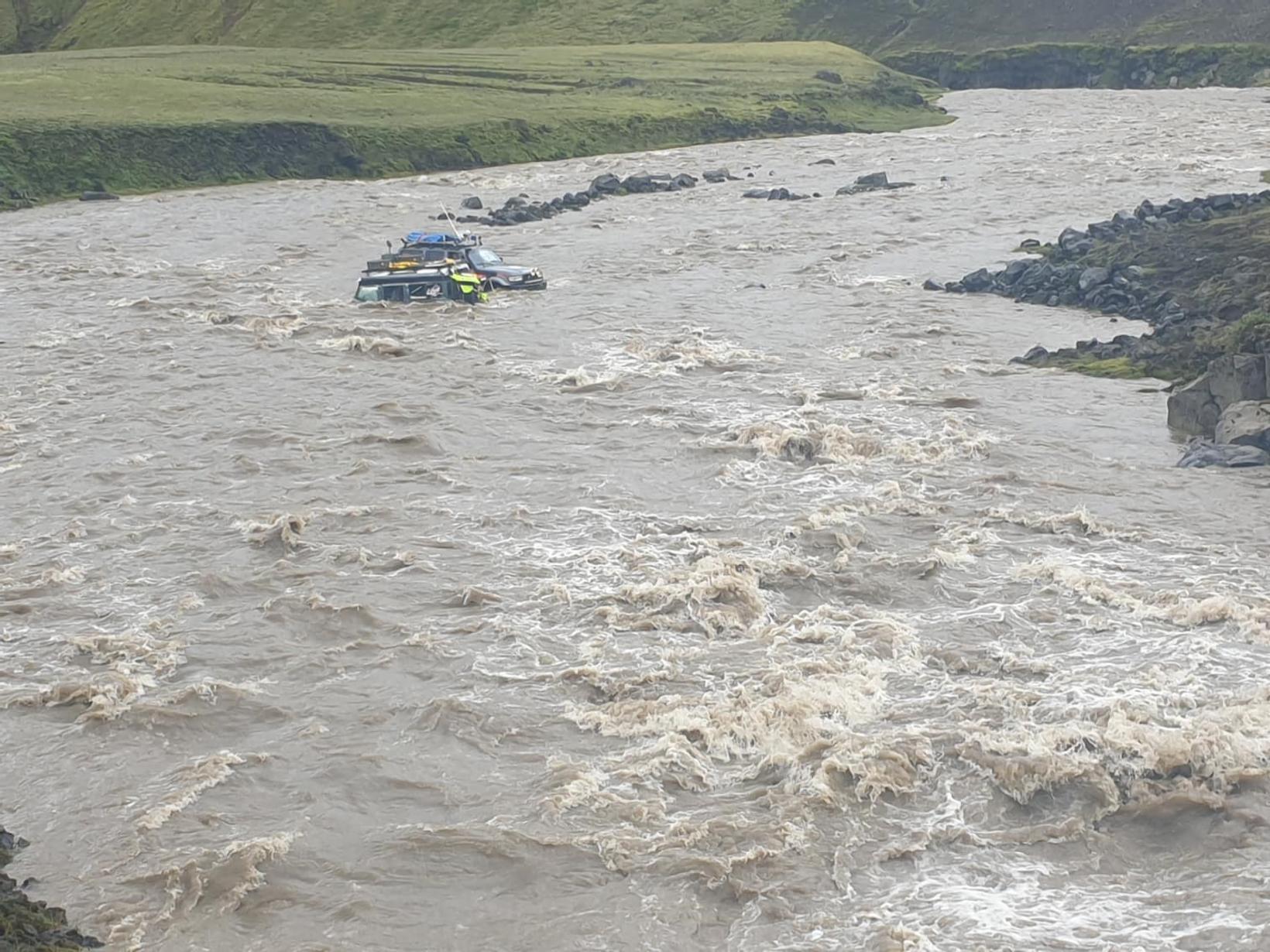 It was a close call yesterday morning when rescue workers came to the aid of a driver whose vehicle had become stuck in the middle of the river Kaldaklofskvísl, by Hvannagil, in the central highlands, mbl.is reports.

Water flooded into the vehicle, forcing the driver to seek safety on the roof. When rescue teams from Hella and Hvolsvöllur arrived on the scene, the man had been on the roof for about two hours. He was successfully brought out of the river.

Due to heavy rain in recent days, rivers in the highlands are swollen, making many of them impassable, unless you’re driving a large or lifted 4x4. 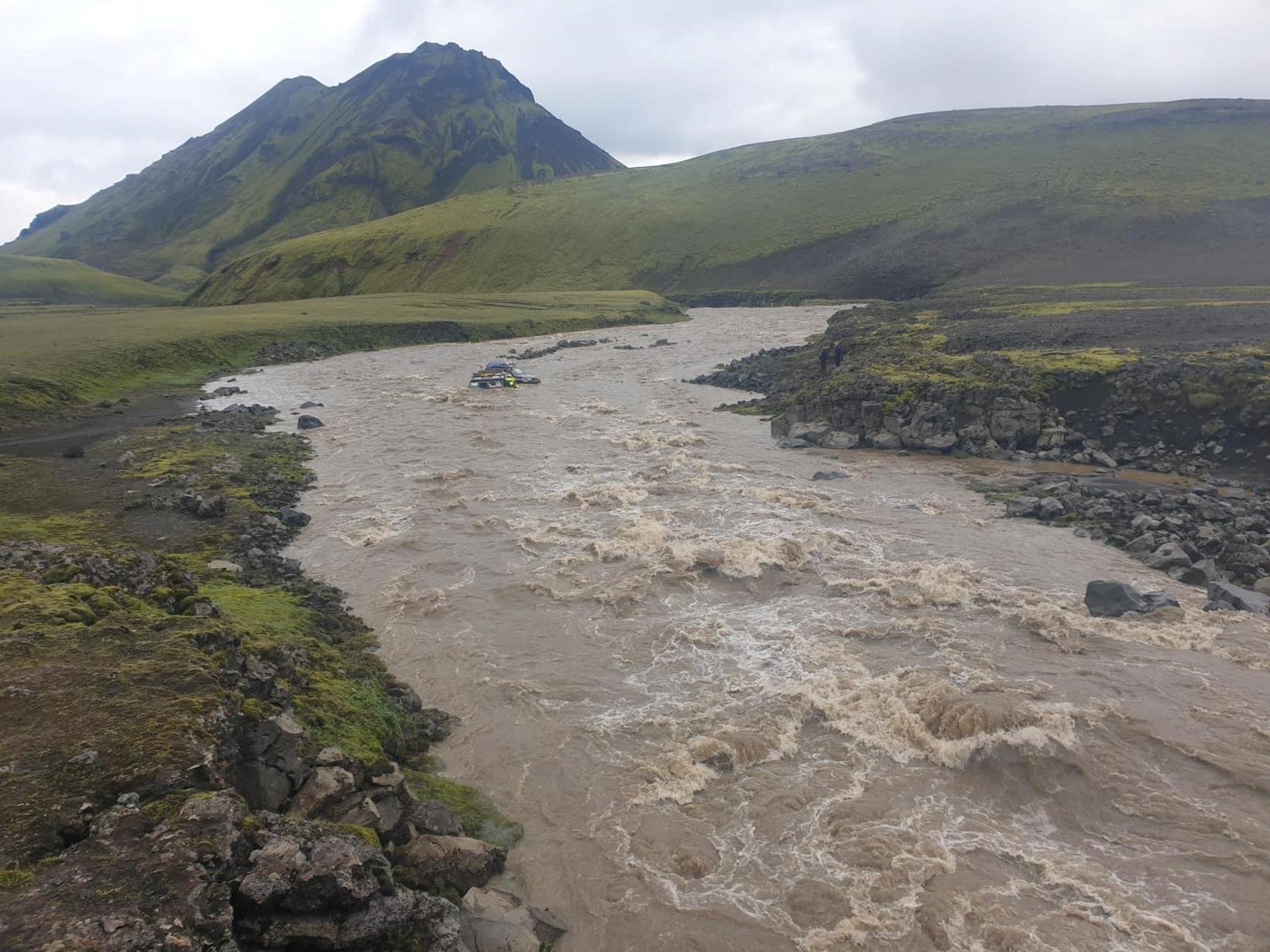 Yesterday afternoon, rescue workers dove under the stuck vehicle, fastening it to a rope, thereby making it possible to pull it out of the swollen river.

The man was driving a 4x4, which “most days could easily have crossed the river,” according to Jónas Guðmundsson, project manager at ICE-SAR, the Icelandic Association for Search and Rescue.

“The river is very swollen,” he adds. “Only a few days ago it was passable by any 4x4, but right now, this is for modified 4x4s and experienced drivers only.”

The South Iceland Police Department issued a warning to drivers yesterday afternoon, alerting them to swollen rivers on the Syðri-Fjallabak route (F210), passable only by large 4x4s. Hikers, planning to hike along Laugavegur, that is, between Landmannalaugar and Þórsmörk, were warned that wading across rivers could be dangerous.

Much Less Air Traffic Around Iceland