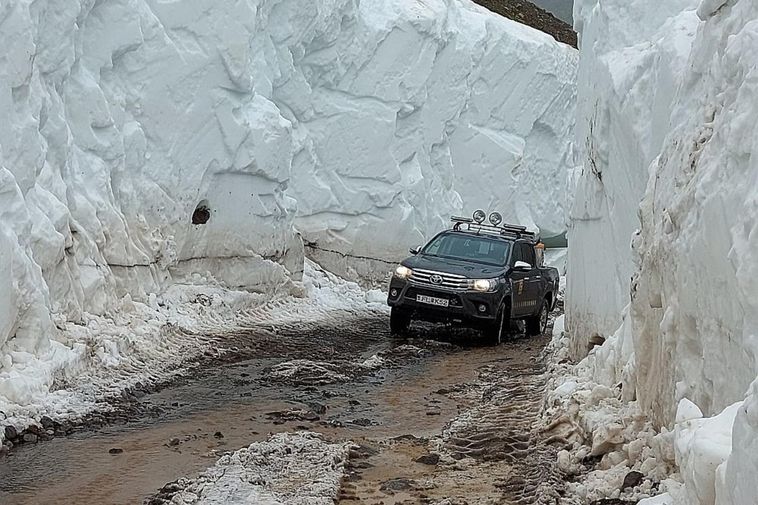 It is the middle of summer, but plenty of snow remains on some highland roads in Iceland. Among the last ones to open this summer was F821, Eyjafjarðarleið route, which did so not until Friday last week, due to an enormous snowbank blocking it, mbl.is reports.

The road is south of Akureyri and one of three routes going north from Sprengisandsleið route. You can look it up on this map.

As it happens, this was no ordinary snowbank, but rather a mass of snow - 75-m long (246-ft) and up to 7-m deep (23-ft) - from an avalanche that occurred by Hrauntangar in Eyjafjarðardalur valley, North Iceland.

Ploughing through it was a major undertaking, as you can imagine, judging from the picture above. The work took a day and a half to complete.

It is not unusual for for Eyjafjarðarleið route to open this late in summer. For the past six years, the opening date has ranged from June 28 to July 24.

The only highland road still closed is road F839 to Fjörður, North Iceland.