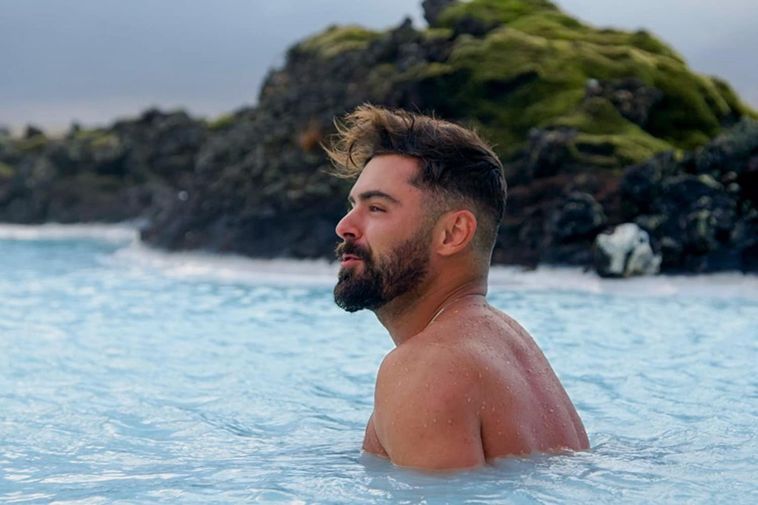 Who wouldn't like bumping into a bearded Zac Efron in the Blue Lagoon? Ljósmynd/Imdb
Ásgeir Ingvarsson
ai@mbl.is

American heartthrob Zac Efron, of High School Musical and Baywatch fame, has just released a new travel series on Netflix where he makes Iceland his first stop. In Down to Earth with Zac Efron the Hollywood star visits destinations in South- and Central America, as well as Europe, with the goal of discovering healthy and sustainable ways to live.

The show appears to have been a hit with members of the public who have used social media to heap praise on Mr Efron, both for informing and educating viewers,as well as for looking good on camera sporting a fairly long beard that has imbued the hitherto baby-faced actor with a certain burly charm.

The response on Twitter also indicates that the series is making viewers very interested in visiting Iceland or even moving there for good:

“Next stop will be Iceland” tweets one, while another viewer says: “It’s safe to say that Iceland is now pretty high on our travel bucket list”. “Down to Earth with Zac Efron has got me wanting to move to Iceland” tweets the third.