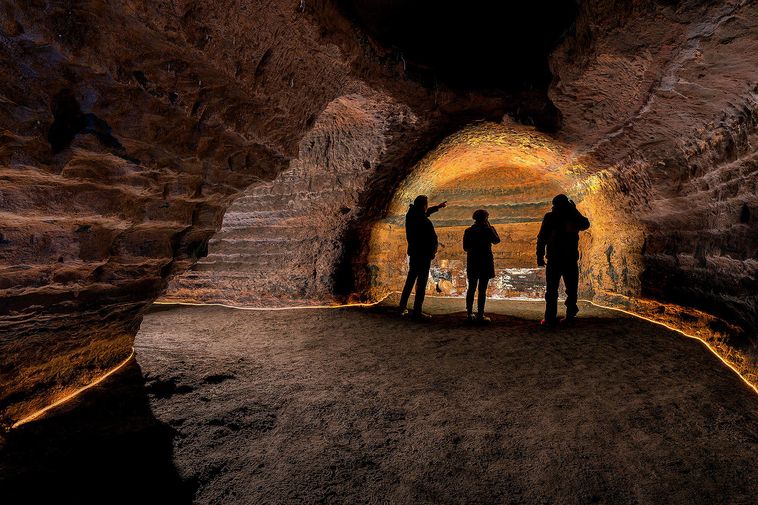 Newly renovated man-made caves by the farm Ægissíða, near Hella, South Iceland, have been popular among visitors lately, Morgunblaðið reports. “This is a new and exciting destination, and we’ve had many guests since we opened again [following closure due to the COVID-19 pandemic],” states Árni Freyr Magnússon, one of the guides. This is a family project, and the proceeds from admissions will be used toward the renovation of the rest of the caves.

A guided tour of the caves is offered on weekends at 2 pm. All in all, there are 12 known man-made caves near the farm, four of which have been renovated. Renovation work is in progress on the rest of them. Two of the caves are among the largest man-made caves ever discovered in Iceland.

The names of the caves suggest they were used as sheds for livestock or as barns.

Limited research has been done on the caves, so their age remains a mystery. Inside them, crosses have been found, old cave drawings, pictures, as well as shelves and seats that have been carved into the walls.

The late poet Einar Benediktsson was of the opinion that they dated back to pre-settlement and were originally inhabited by Irish monks. Árni Freyr and his girlfriend Álfrún Perla Þórhallsdóttir, whose family owns the farm, believe the caves date back to sometime between the 12th and 15th centuries.