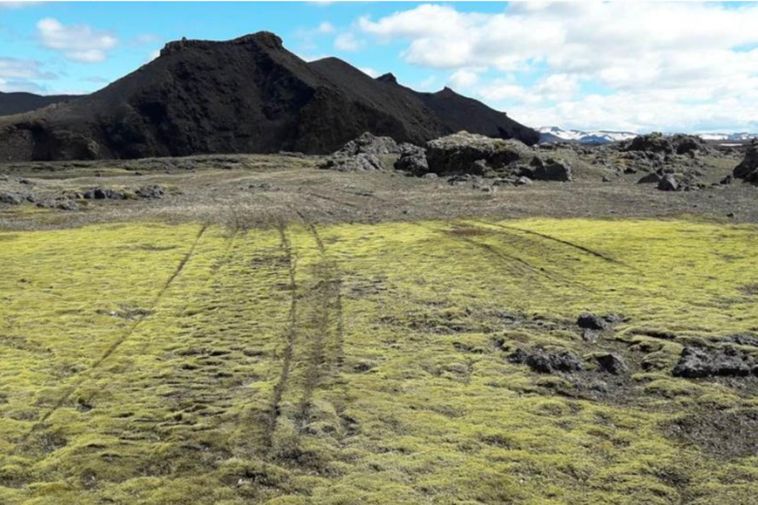 Large snowmobiles tracks have been discovered in a moss-covered area on the edge of the Fjallabak nature reserve in the Icelandic highlands, mbl.is reports. Park rangers, monitoring the area, were the first to notice them.

Damage from snowmobiles is not common, but this counts as off-road driving, according to a statement from the Environment Agency of Iceland.

The tracks you see in the picture above can take decades to heal, unless correct measures are taken, the statement reads. In all likelihood, the damage was done while the area was covered in snow.

The Environment Agency points out that when driving or riding over a snow-covered area, people must ensure that the snow cover is sufficient enough. According to environmental law, “Driving/riding motorized vehicles off road is illegal. Still, it is permitted to drive/ride such vehicles on glaciers and over snow-covered areas in rural areas, as long as the earth is frozen or the snow cover sufficient and the risk of damage to nature is none.”