Sleeping (Almost) under the Open Sky

A new sort of accommodation in Iceland has received a great deal of attention in foreign media, among them Architectural Digest, Designboom, Elle and Vanity Fair, Morgunblaðið reports. This unusual accommodation is luxury lodges, operated by the company Panorama Glass Lodge. What distinguishes them is that they are made of glass to create a feeling of sleeping under the open sky, surrounded by beautiful landscape.

The company’s owners are the couple Sabrina Dedler from Switzerland and Andreas Dedler from Bavaria, Germany. They met a decade ago, when Sabrina had already decided she wanted to settle in Iceland. He had never been here, but after his first visit, he agreed.

The idea for the lodges came to Sabrina in a dream. She subsequently hired an architect to make sketches of a lodge with a double bed, surrounded by glass - the walls as well as the ceiling - a small kitchen and bathroom, in addition to a hot tub outside.

For ten years they kept setting money aside to prepare for their move, and it took them two years to choose the right location. They now have one lodge in Hvalfjörður fjord, Southwest Iceland, and two near Hella, South Iceland. They’ve been looking for the third location for a year. 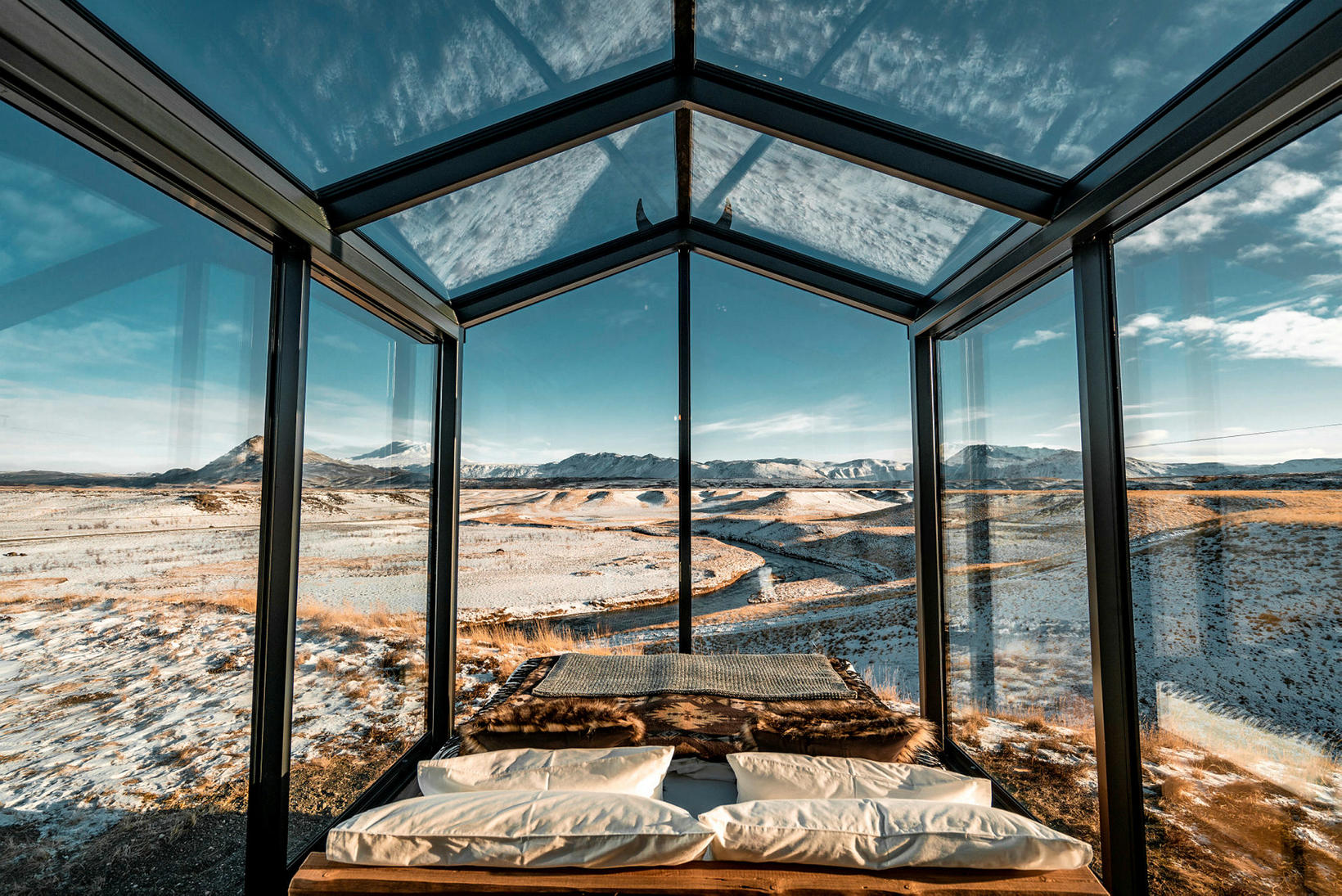 “What we emphasize when picking a location is complete tranquility and having as few cabins as possible nearby to ensure privacy and to prevent light pollution, which would disturb the northern lights experience in winter,” Sabrina states. “Last but not least, the view has to be spectacular.”

You can cover the large windows with curtains, but not the roof, and for those who have trouble falling asleep when the nights are bright, there are covers for the eyes.

This luxury accommodation requires booking a minimum of two nights at a time.