Swims to Greenland after Amazing Recovery Kári, just before being released.

After an amazing recovery in Iceland, it took him just over two weeks to swim to Greenland – a distance of 550 km (over 340 miles).

Exhausted, malnourished and infected with lungworms, the ringed seal Kári strayed south to Iceland in mid-January, where he was rescued. No longer able to dive for food, Kári was brought to the Reykjavík Park and Zoo, where he was cared for until he gradually recovered.

For several weeks, he played in the snow in the park, ate numerous herrings a day, and bathed in a tiny pool with sea water. 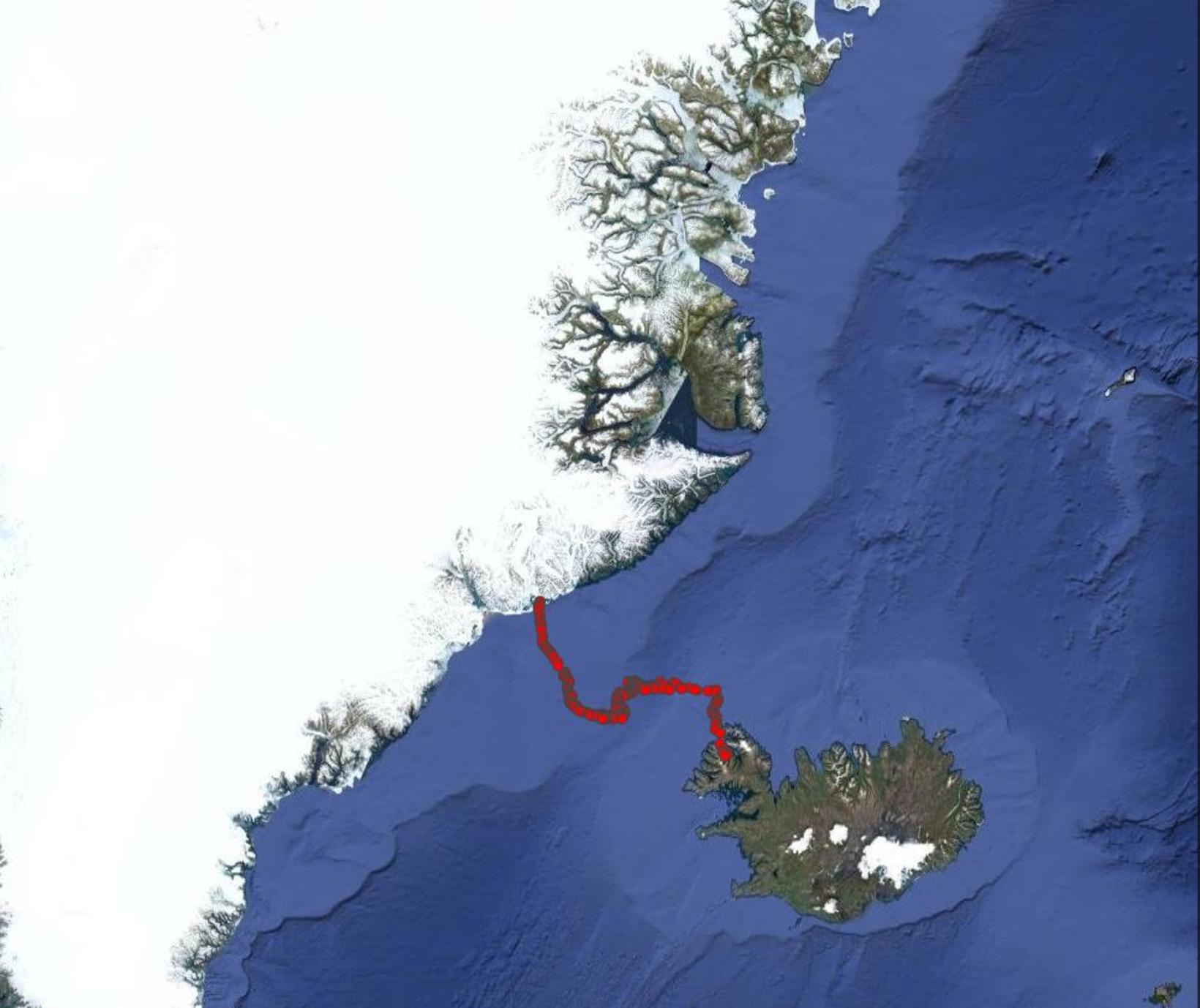 Kári's itinerary to Greenland. He made a left turn along the ice edge, home to a number of seals.

To begin with, he was weak and very friendly, but as he regained strength, his friendliness diminished, Þorkell Heiðarsson, biologist at the Park and Zoo states. “His true character reappeared, and he began having an attitude; he would bite you, and he frequently attacked my shoes,” Þorkell relates. “He resembled a teenager who lives with his parents for too long. Therefore, there was only one solution: to set him free.”

Kári was released into Ísafjarðardjúp fjord, the West Fjords, on May 2. He was well enough to swim back north to his home by the ice edge north of the West Fjords, midway between Iceland and Greenland. 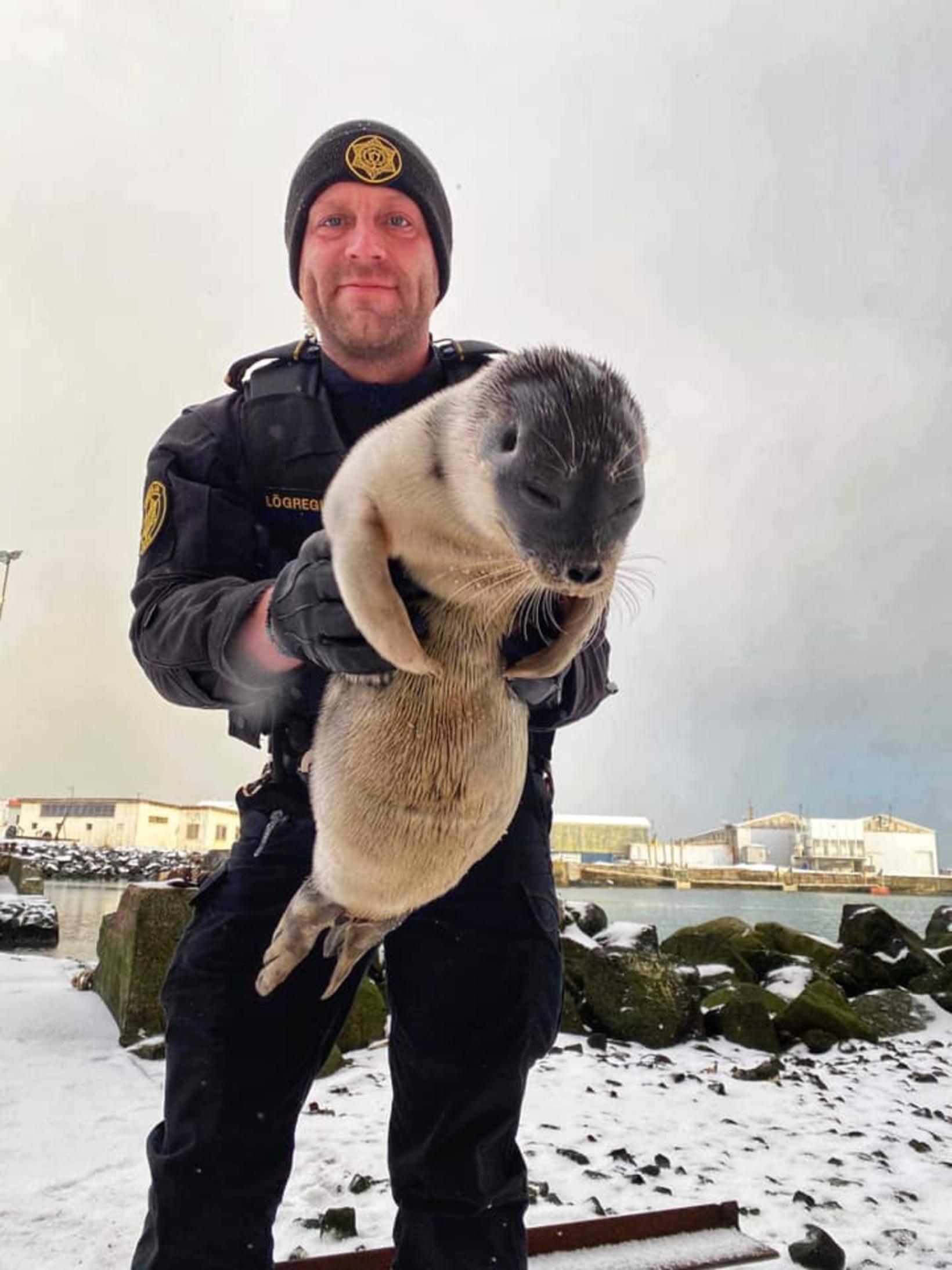 Kári, upon arrival in Iceland in January. Photo/Police

He remained there for some time before swimming all the way to Greenland, where he is now. Clearly, he has made an amazing recovery.

In no more than 16 days, he has traveled a 550-km distance north to Greenland. The one-year-old appears to be in good health and to have a bright future.

In the video, you can watch Kári being released into Ísafjarðardjúp.