Kitesurfing Across the Icelandic Highlands: Video 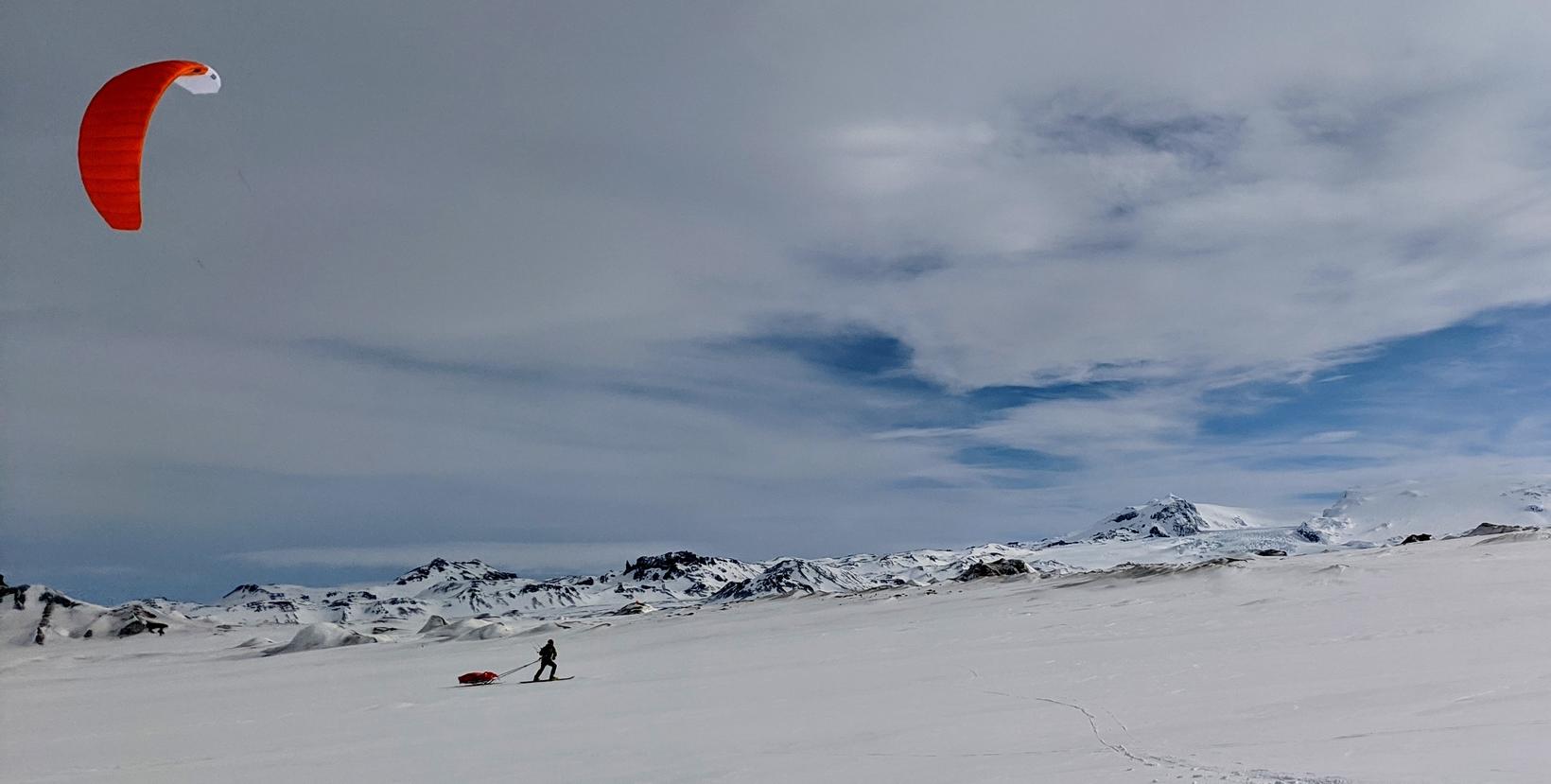 Last month, three experienced mountaineers took, equipped with skis and kites, took off from Hrauneyjar, in the central highlands, and headed northeast toward Þórshöfn in Northeast Iceland. This was a 450-km-long (280-mile-long) trip that would take five days to complete, mbl.is reports. 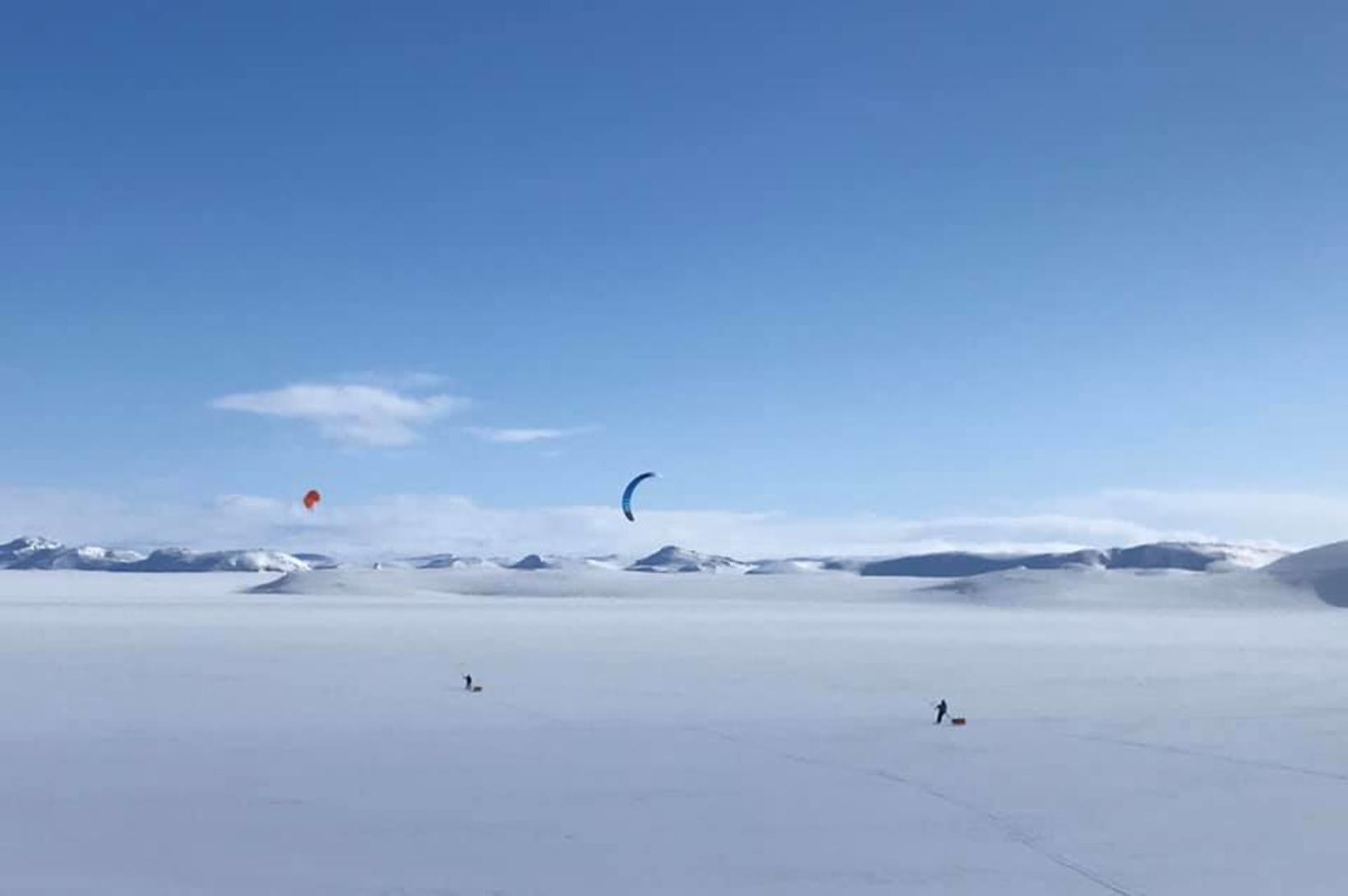 In addition to kites and skis, they took along light-weight sleds, specially designed and made in Iceland by Jóhann Kjartansson.

District Judge Skúli Magnússon is one of the mountaineers. He shared the story with mbl.is. His travel companions were Hallgrímur Magnússon and Einar Kristján Stefánsson, who have previously climbed Mount Everest. 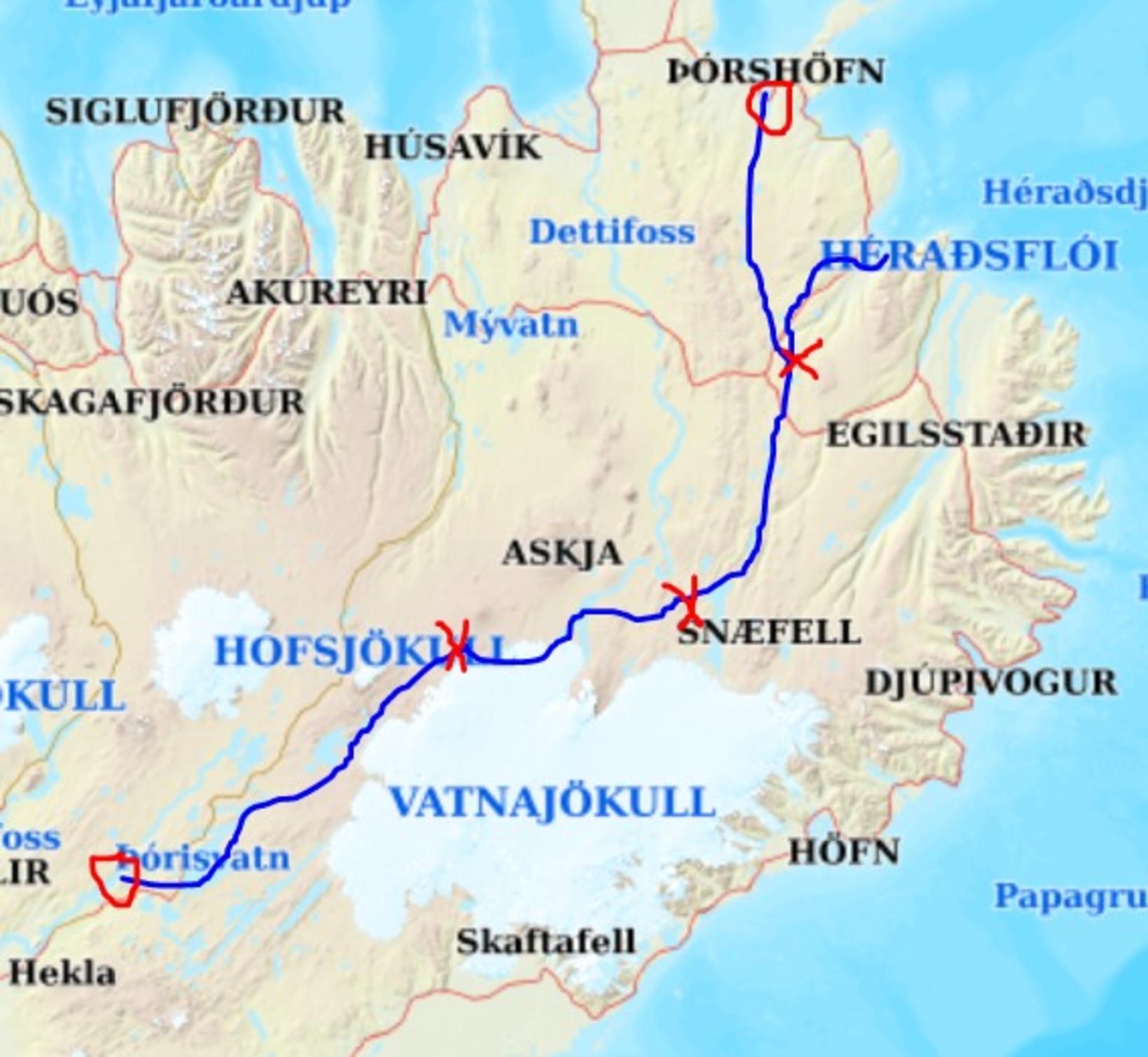 A trip such as this one is highly dependent on weather conditions and the landscape. Each of the men took along three kites, which vary in size from 4 to 12 square meters. To get going, you need wind speed of at least 3-4 m/sec when using the largest kites. The equipment and the sled can weigh 50-70 kg (110-150 lbs). 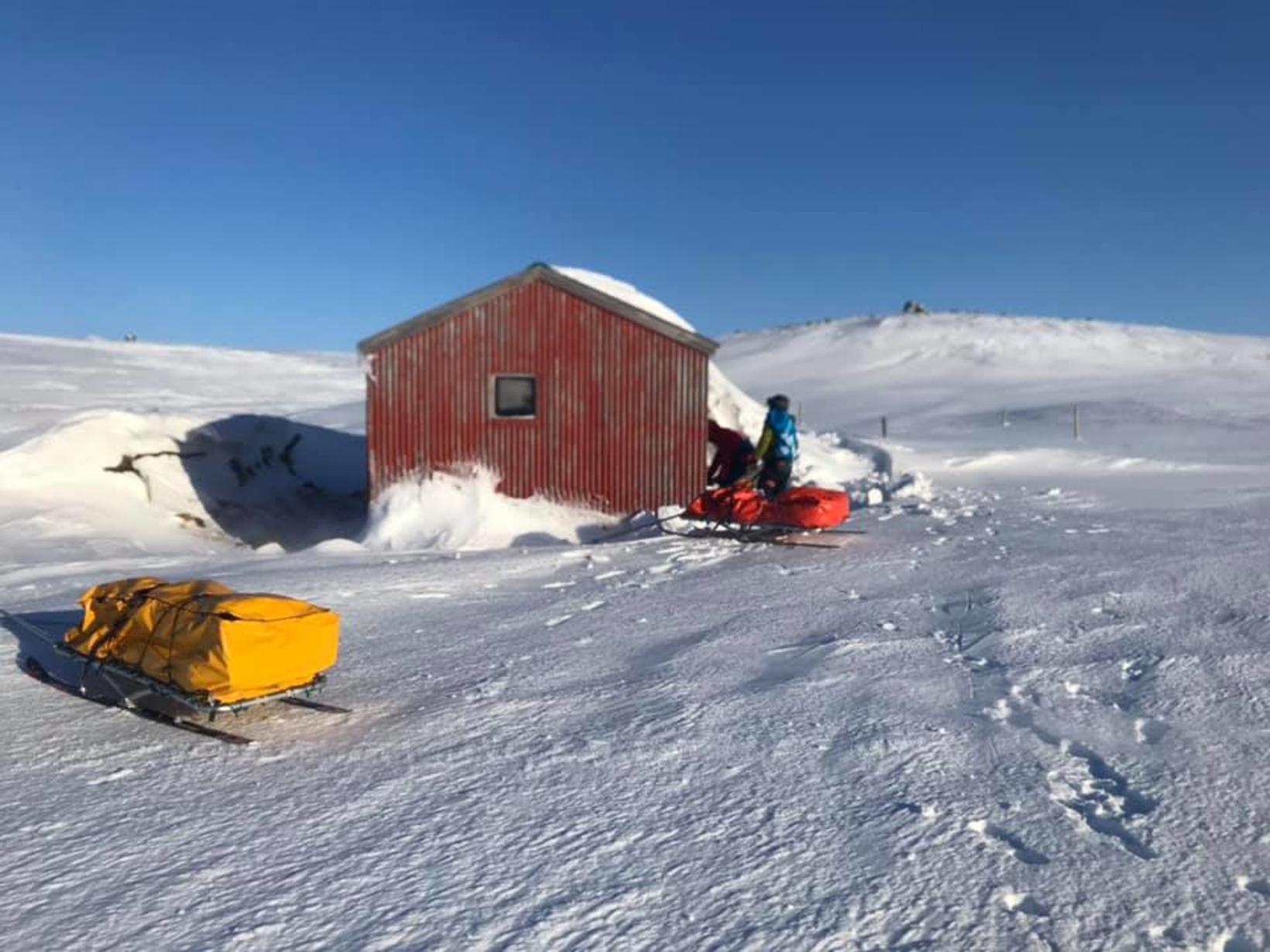 The first part of the trip involved going from Hrauneyjarlón lagoon to Þórisvatn lake, which they crossed. From there, they went along the northwest side of Vatnajökull glacier to Gæsavötn lakes. The covered 70-110 km every day, traveling 10-11 hours. 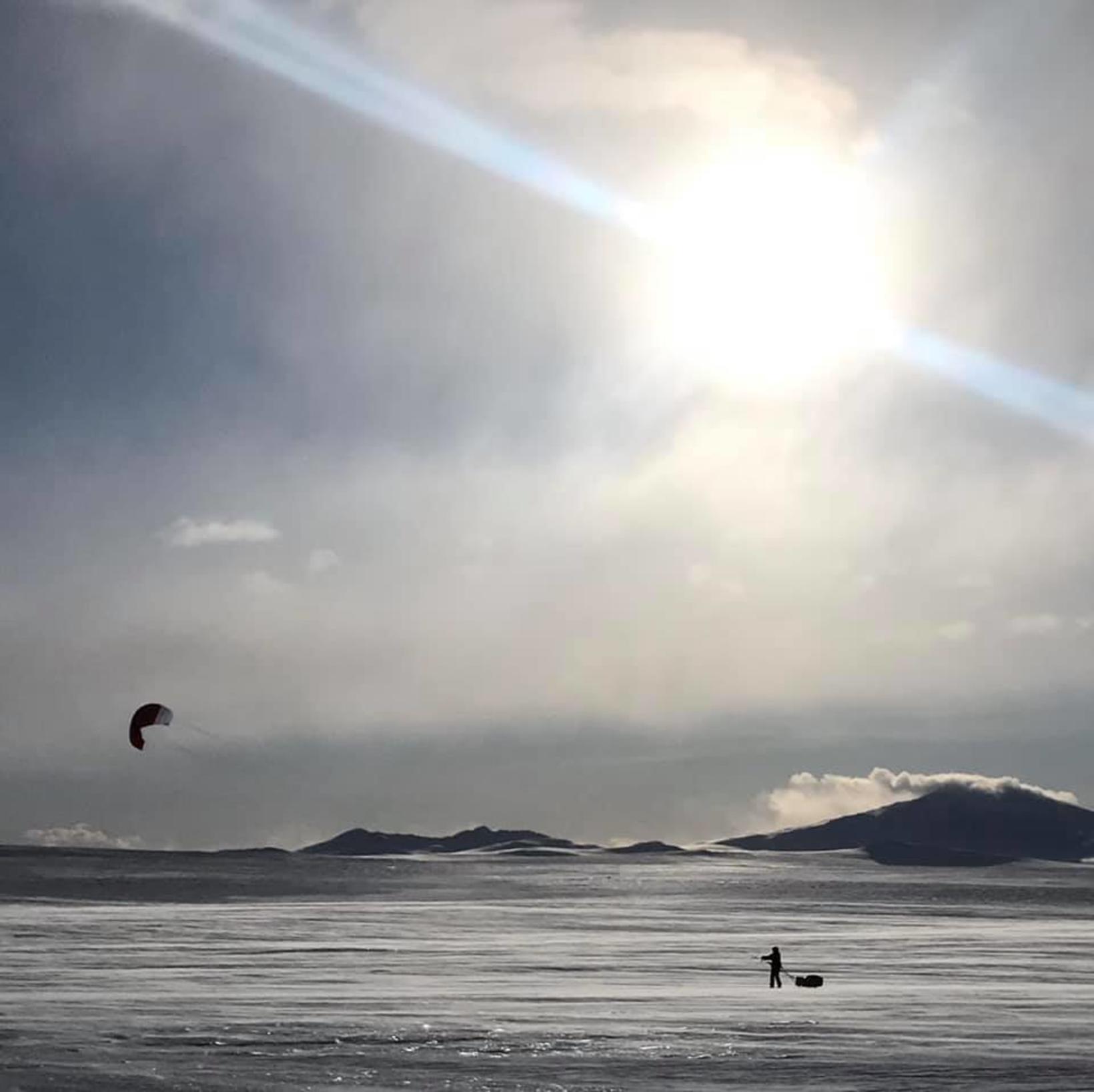 They had to cross carefully whenever the ground was uneven, such as in Hágönguhraun lava field. One of the days, it was very windy, and at the end of that day, they arrived in Grágæsadalur valley. 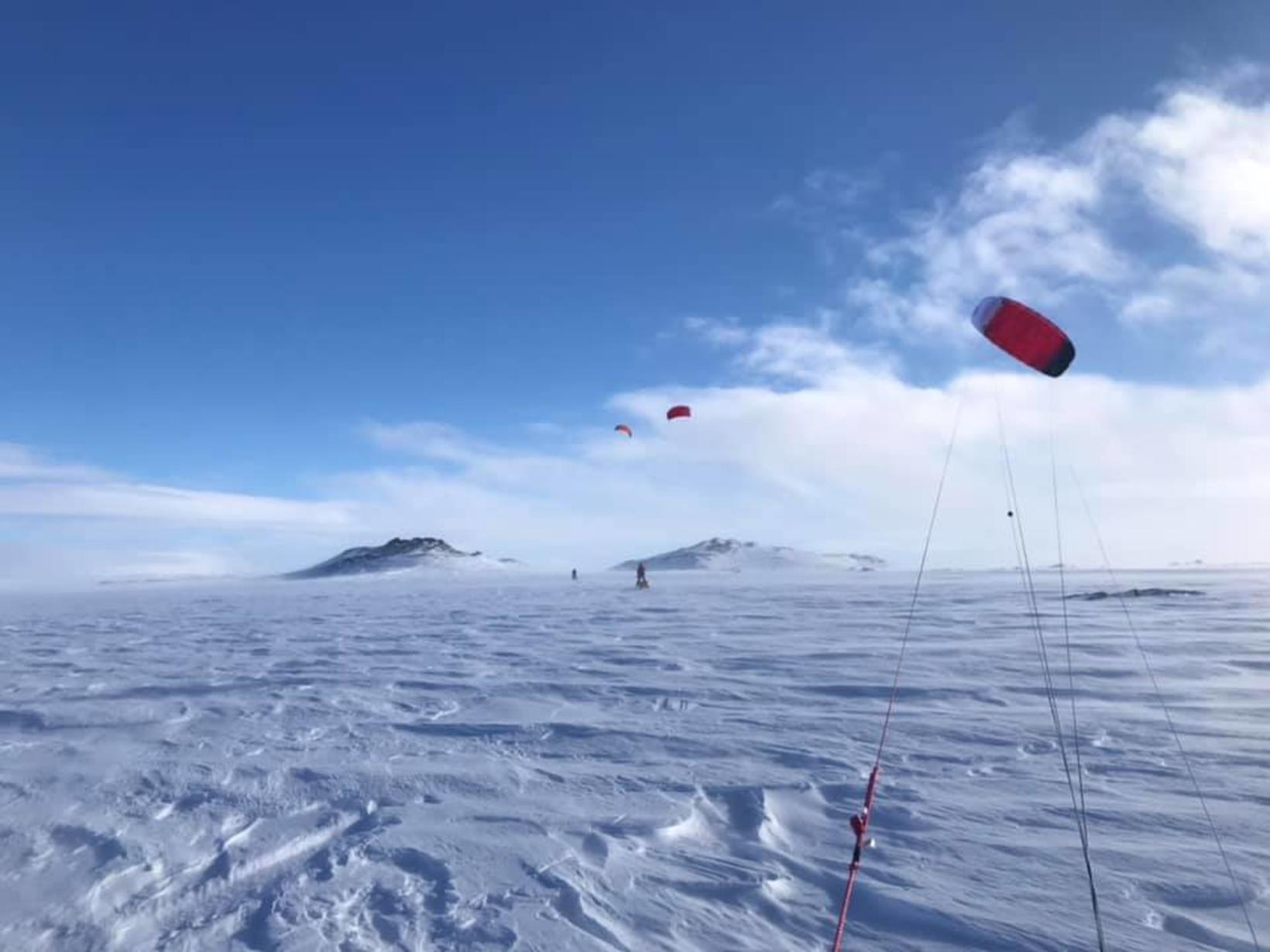 Skúli describes the landscape, as Herðubreið mountain appeared, along with Dyngjufjöll mountains and Snæfell mountain, as one of the most beautiful imaginable.

One day, the wind gusts were so strong that the travelers went airborne, but, luckily, no one was injured. 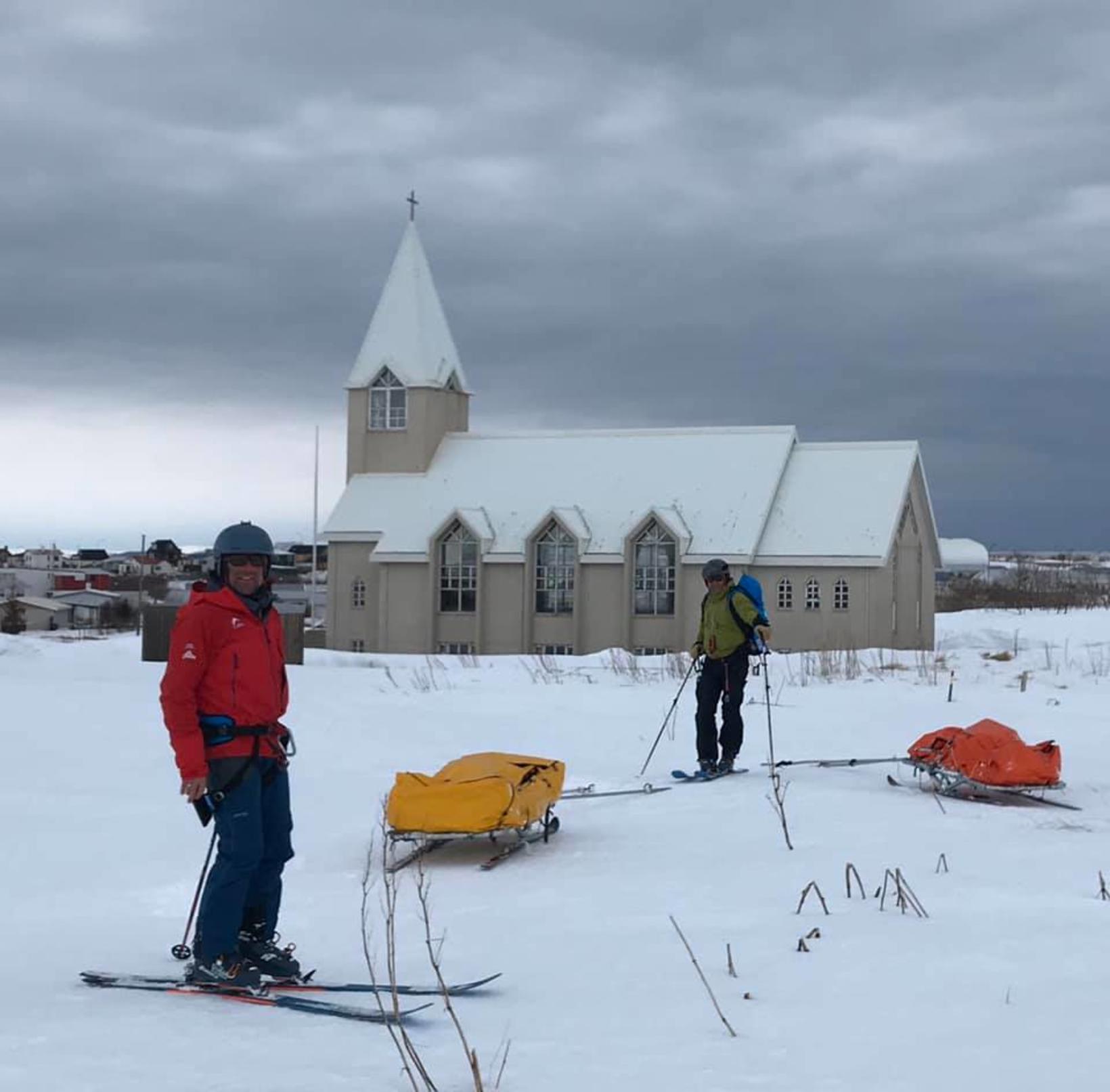 By the church in Þórshöfn. Photo/Skúli Magnússon

The biggest challenge, Skúli relates, was sliding along snow banks and tough terrain for hours, as well as responding to strong wind gusts.

The video below says more than many words. See for yourself.