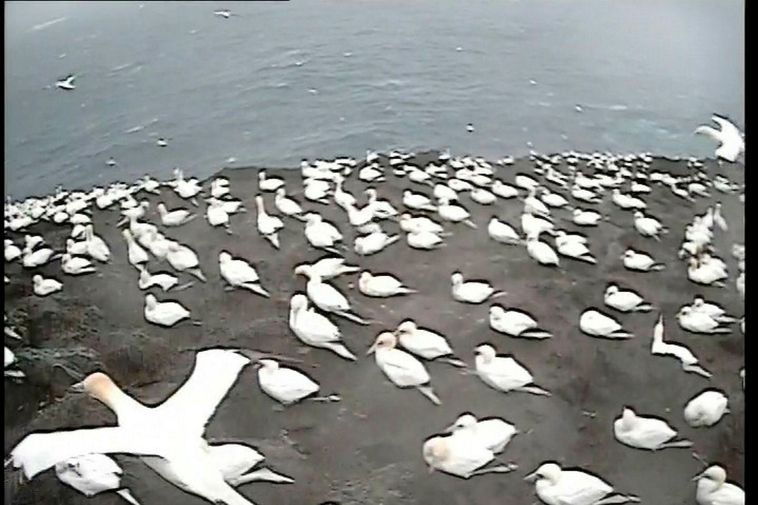 Being able to watch the birds live is quite a treat. Screenshot
Vala Hafstað
vala@mbl.is

Gannets arrived in Eldey, a sheer rock island about 16 km (10 miles) southwest of the Reykjanes peninsula, Tuesday night. Thanks to video cameras installed on the island, you can watch the birds live on eldey.is. Although the island looks crowded already, more flocks of gannets are yet to arrive.

The gannet’s nest-making time is in April and May, and its nesting grounds are protected. No one is allowed to set foot on the island until October, when all the birds have left. That won’t prevent you from being able to watch the birds online.

By October, the gannet goes back out to sea, and part of the population remains at sea during the winter, while part of it heads to the British Isles.

About 30,000 pairs of gannets nest in Iceland, 16,000 of them on Eldey. The second largest nesting ground for gannets is Súlnasker skerry in Vestmannaeyjar islands.

We reported earlier this week on a crevice on Eldey island having widened. The reason for that is not known. Should part of the rock tumble into the sea, hundreds of gannet nests will disappear.