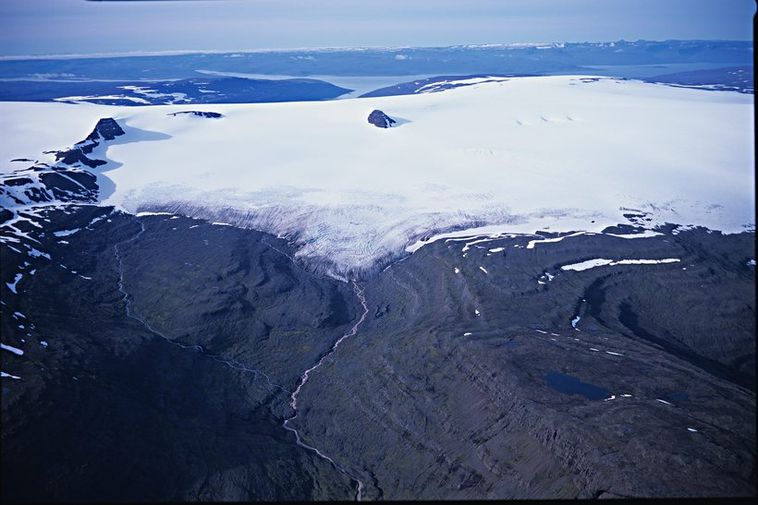 The Drangajökull ice cap in the West Fjords of Iceland could disappear in the next 30 years, according to new research, as reported in a press release from AGU News.

“A new study in the AGU journal Geophysical Research Letters used bacteria and algae preserved in lake sediments to reconstruct temperature changes over the last 10,000 years, a period in Earth’s history when temperatures were comparable to those expected by the end of the century,” the press release states.

The researchers used this temperature reconstruction to test existing information and models of Iceland’s past climate and glaciers. This information, along with regional climate simulations, allowed them to forecast the future disappearance of the Drangajökull ice cap. They found that as temperatures continue to rise, the glacier could vanish by 2050.

Drangajökull is Iceland’s northernmost glacier and the only one in the country located below 1,000 meters of elevation. Unlike other ice caps in Iceland, Drangajökull’s size has remained relatively stable in recent years, despite previous studies having projected the ice cap’s loss within the next 50 years. The new study provides additional information to help project how the ice cap could be affected by rising temperatures.

Understanding the future of Iceland’s glaciers is critical for the country’s energy security, as hydroelectric dams on glacier-fed rivers provide about 73 percent of Iceland’s electricity, according to the authors. Although the future looks grim for the glacier, the data indicate there is still time for local governments to prepare accordingly, they said.