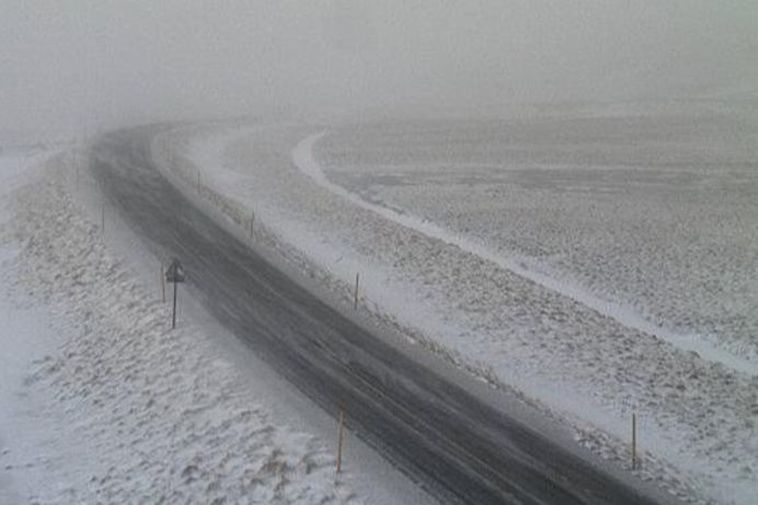 What do you do when the road is closed and you need to catch a flight? A man in Akureyri, North Iceland, simply applied for permission to take his snow blower over Öxnadalsheiði mountain pass, which connects Akureyri and Skagafjörður, and clear the road for himself.

Sigurður Jónsson, manager for the Icelandic Road Administration in Akureyri, told RÚV yesterday that an individual had received permission from the Road Administration to take a privately owned snow blower over the mountain pass to make it to his flight [from Keflavík International Airport], but the road had been closed due to weather since the previous morning.

Sigurður stated that this was the first time ever such a request had been made. The man followed the snow blower in a 4x4, and several other 4x4s followed him. Crossing the mountain pass took them five hours.

“This is a unique case, and I doubt such a thing will happen again,” Sigurður tells mbl.is. He adds that it is unusual for individuals to own snow blowers.

A new report by mbl.is reveals that the man who ploughed the mountain pass is the owner of a contracting firm that, among other things, takes care of ploughing driveways. His employees were going abroad on work-related business and had to catch a flight in Keflavík. Some of his friends took advantage of his initiative as well, since they, too, were going abroad.

Initially, the man, whose name is Finnur Aðalbjörnsson, expected four 4x4s to follow his 400hp Fendt tractor with a snow blower attached, but in the end, he counted 22 vehicles. He had kept quiet about his plans, not wanting 100 vehicles to follow.

He left Akureyri at 4 pm on Wednesday and made it back home by 3 am the next morning.

You can see his picture here.

Blizzard Conditions in Most of Iceland Today