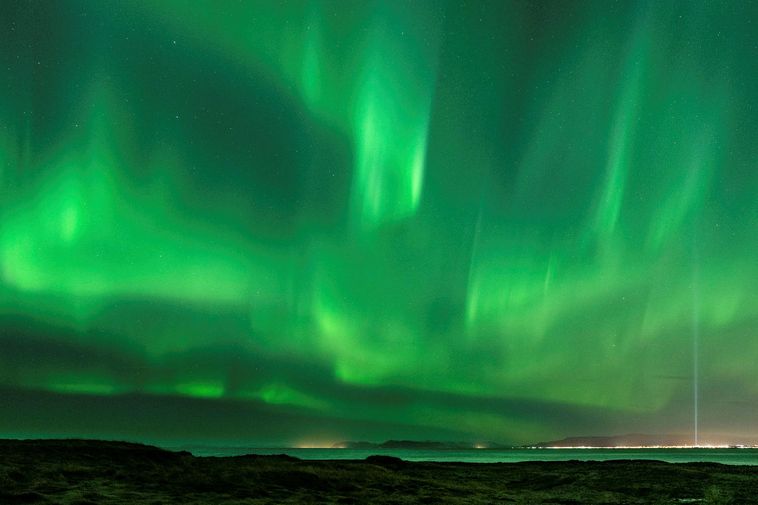 Numerous people flocked to Kaldársel, near Hafnarfjörður, Southwest Iceland, on Saturday night – far enough away from the capital area’s light pollution to be able to enjoy the celestial show.

On social media, many people posted their colorful photos of the northern lights. Hafsteinn Róbertsson was among them. “The trick is to have a wide aperture, take the picture during a long time, and to have the camera on a tripod,” he advises.

Clouds will be moving in from the west tonight, but in the eastern half of the country, skies will remain clear through the evening hours. Where skies are clear, the aurora activity tonight is expected to be moderate.

You can always look up the aurora forecast and the expected cloud cover at en.vedur.is.