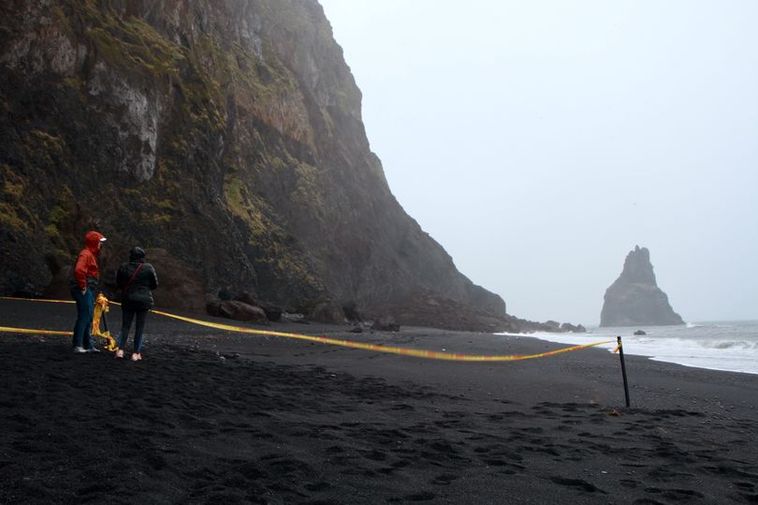 This part of the beach has been closed since Monday. mbl.is/Hallur Már
Vala Hafstað
vala@mbl.is

This part of the beach was closed on Monday, after rock fells from Reynisfjall mountain, injuring a few tourists. The next morning, a large landslide occurred, leaving a wound in the mountain, but injuring no one.

The area will continue to be monitored and cordoned off, but police have had to put up new police tape daily, since ocean waves ruin part of the tape every night. Warning signs will be put up, and signs on trails down to the beach will be modified.

According to the Icelandic Met Office, there is still a risk of landslides in the south slope of Reynisfjall mountain.