Departures from KEF Airport Down by 16.7 Percent 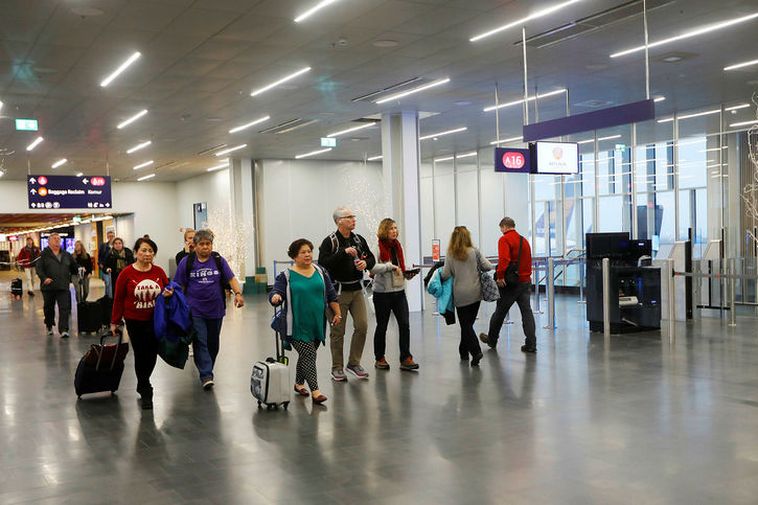 There were 195,000 foreign tourist departures from Keflavík International Airport in June - 39,000 fewer than in June last year, representing a 16.7 percent reduction, according to the Icelandic Tourist Board and Isavia, mbl.is reports. Of those, the largest group was US citizens, or 31 percent, but their numbers had declined by 35.1 percent compared to June, 2018.

Among the number of departures from the airport in June, Germans made up the second largest group, followed by citizens of the UK, China, Poland, France, Canada, Sweden, Norway and Denmark.

Since the beginning of the year, 900,000 foreign tourists have left the country via the airport – representing a 12.4 percent reduction compared to the same period last year. The decline compared to last year was the most in May, or 23.6 percent.

The decrease in tourist numbers this year is mainly noticed outside the capital area Morgunblaðið reports.

According to information from the Icelandic Road Administration, roughly 13 percent fewer vehicles drove the Golden Circle in May and June this year, compared to the same period last year, or 142,411 vehicles compared with 164,397 last year,

Despite those numbers, Svavar Njarðarson, co-owner of the café  Gullfosskaffi by Gullfoss waterfall reports that the area is still very busy. “Even though the number of tourists is somewhat down, we’re quite busy,” he states. He is, however, somewhat concerned about the prospect for winter: “The big question mark is the fall and winter – how much service the businesses can maintain.”

Magnea Þórey Hjálmarsdóttir, CEO of Icelandair Hotels, reports that the hotel chain has noticed a decrease in the number of foreign tourists. The number of reservations is down in the countryside, she notes. She hopes Icelanders will increasingly travel around the country and take advantage of the availability of hotel rooms.

“There were fewer reservations in June than there were last year, but May was better than last year,” she adds. She points out that weather is always a factor: “As soon as the sun starts shining, reservations are up.”  Special deals offered depend on the weather forecast and the utilization rate, she adds.

Glacier Lagoon travel service, located by Jökulsárlón glacial lagoon, has only been slightly affected. “We’re making 40 amphibian boat rides instead of 40; that’s all,” states Ágúst Elvarsson, the company’s operations manager. On average, the number of visitors was down by 40 a day in June. “It makes little difference to us whether we get 1,100 visitors a day or 1,150,” he notes.

In Ásbyrgi, Northeast Iceland, park ranger Guðmundur Ögmundsson has noticed a slight decrease in the number of visitors, especially Icelandic ones. “[The Icelanders] come in droves when the sun shines, but stay away when the wind is northerly. There are no biting midges here,” he happily reports.

Matthildur Philippusdóttur, owner of the travel service Fjallabak, states that the number of reservations is down and fewer people are visiting the Fjallabak Nature Reserve than last year.