Svalvogavegur road, by Hrafnholur. Not for people afraid of heights. Photo, taken from a drone.

The scariest road in Iceland may be Svalvogavegur road, along the coast between Dýrafjörður and Arnarfjörður fjords in the West Fjords, according to Morgunblaðið 's reporter Sigurður Bogi Sævarsson . It is a 50-km (31-mi) stretch, difficult to drive and so narrow, that it’s only a little more than a car’s width. Going there, you’d better not be afraid of heights. From a distance, it looks just like a scratch in the mountain slope. Above and below, a precipitous mountain; an 80-m (260-ft) drop from the edge of the road to the ocean. 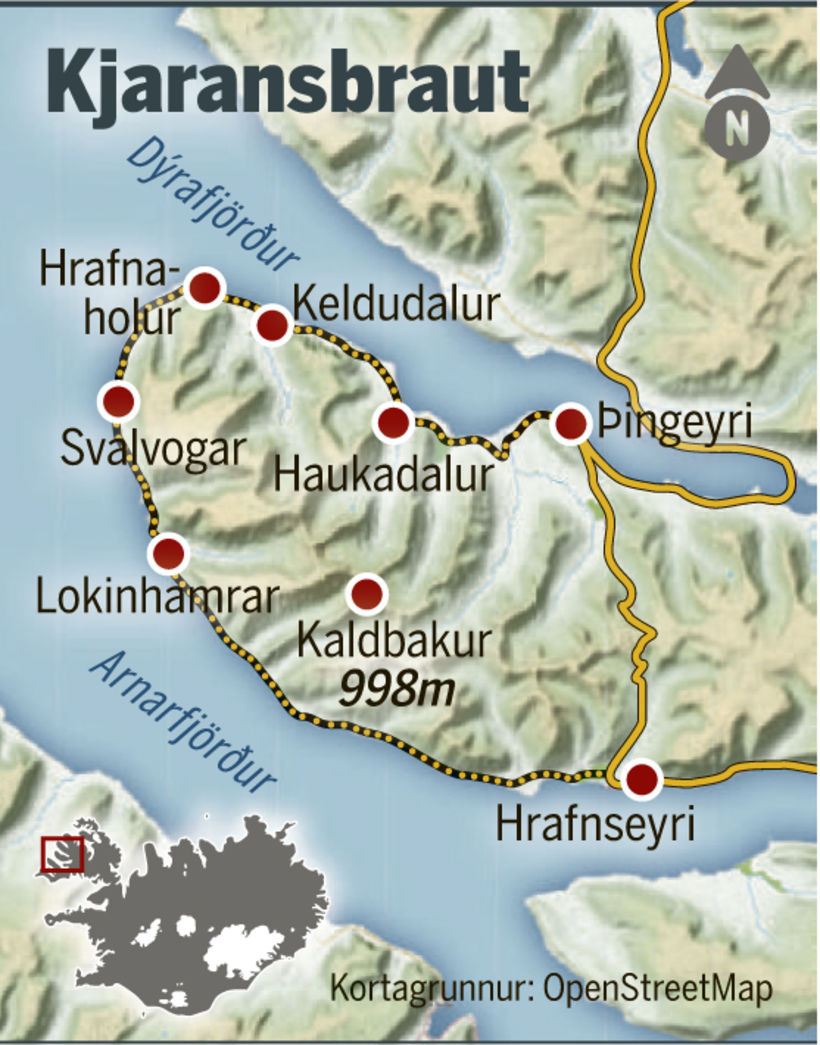 The dotted line shows the Svalvogavegur road in the West Fjords.

The road is passable only in summer and maintained as needed until fall. Sometimes, rocks need to be removed from the part of it that’s called Hrafnholur, meaning Ravens’ Holes, referring to the fact that this is where the raven nests. There are also many seabirds around.

The road is popular in summer, mainly among Icelanders who know the area well and have well-equipped 4x4s. Runners know this road as well. On July 21, it will be part of the route of the 14 th West Fjords Runners’ Festival , to be held July 18-21. 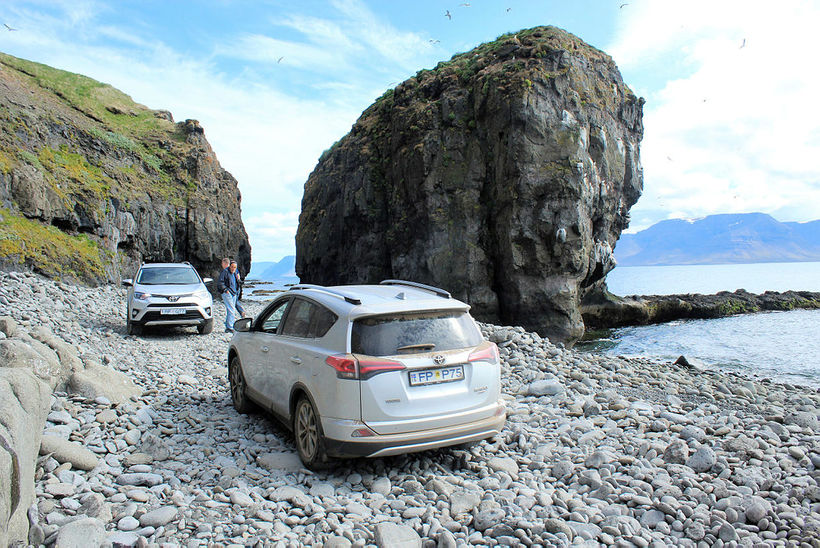 The part of the road that lies along Arnarfjörður fjord.

“The landscape on this point in the West Fjords in stunning,” states Ísafjörður police officer Ingvar Jakobsson. “Standing by the steep cliff face, you sense the insignificance of the human being, and in this area, every single spot is interesting.”

Driving west from the village of Þingeyri, you have a view of the West Fjords’s highest mountain, Kaldbakur. The road takes you to Keldudalur valley, which was inhabited until 1966. A church, built in 1885 and renovated in 1998, still stands.

Having passed Keldudalur, you come to the stretch of the road called Kjaransbraut, named after the father and son who built it in 1973 – Elías Kjaran Friðfinnsson and his son Ragnar. This stretch opened road access to Svalvogar, where a lighthouse keeper used to live with his family. 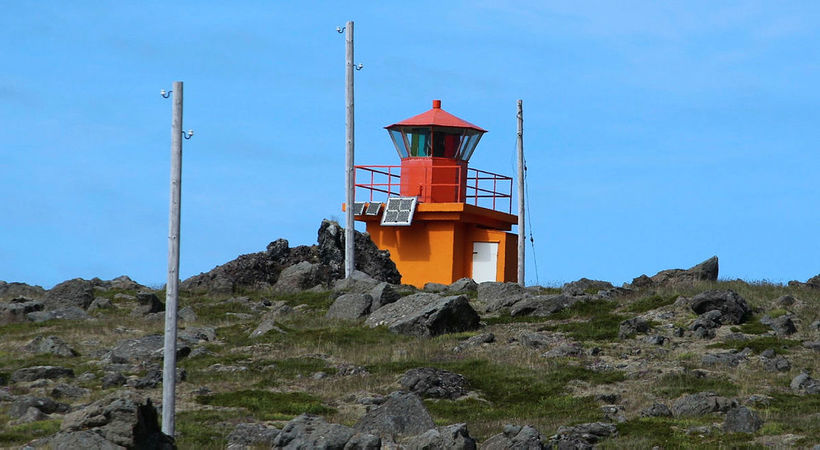 The Svalvogar lighthouse, built in 1920.

The road construction continued in 1974, all the way to Lokinhamradalur valley, where there were two farms at the time. Those are now deserted.

The last stretch of the road was built in1983. It goes past cliffs called Stapi, which, according to folktale, are the ship of the ogres who settled here. The road goes all the way to the town of Hrafnseyri.

This part of the country is also famous for being the setting of Gísla saga Súrssonar , one of the best know Icelandic sagas. 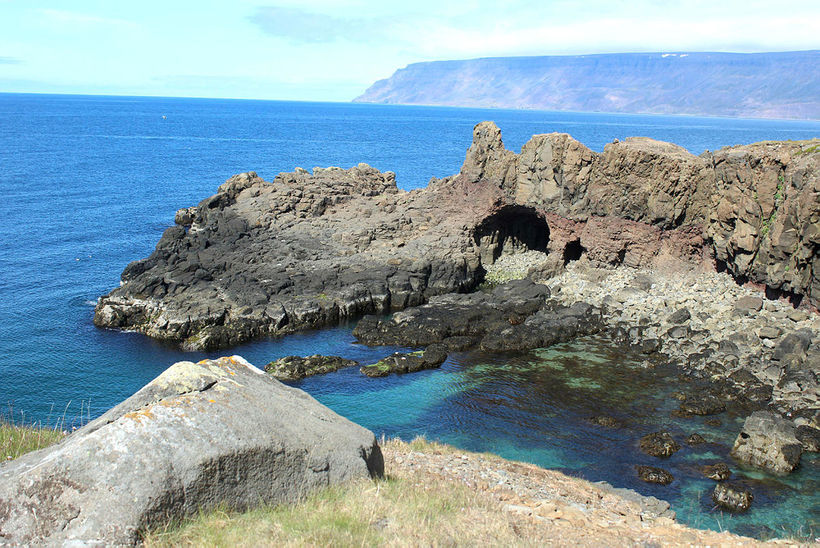 Part of the Svalvogavegur road.