Risk of Wildfires in West and South Iceland 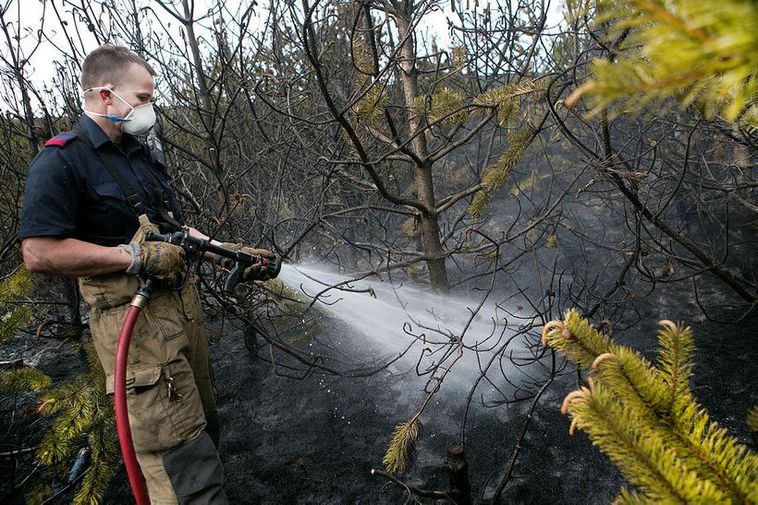 Drought in West and South Iceland has created a risk of wildfires. An uncertainty phase has for this reason been declared in West Iceland by the national police commissioner and the West Iceland chief of police, and in Skorradalur valley, a contingency plan has been activated, Morgunblaðið reports. Skorradalur is a popular cabin area, with a narrow access. No precipitation is forecast for West Iceland this week or the next, and the area has not received any rain since May 10.

The Fire Prevention of Árnessýsla county asks residents, cabin owners, and tourists in South Iceland to take extra precaution when handling fire out in nature, such as cigarettes, lighters and barbecues, due to severe drought conditions.

Pétur Pétursson, who heads the Fire Prevention of Árnessýsla tells Morgunblaðið that fire fighters have been called out several times this summer, due to brush fire.

He explains that there is still much withered grass on the ground and that it would take very little for fire to spread rapidly.

“There is reason to remind people and to get them to work with us. This is a collective project. It’s not enough to call fire fighters once something goes wrong. We need to take responsibility for our actions,” he insists.

Pétur states that brush fire is most frequently caused by cigarettes and disposable barbecues.

“It’s unbelievable how absent-minded people can be. Once they have barbecued their food and finished their meal, they sometimes forget about the barbecue when leaving. Even if they pour out the coals and bring the tray with them, they may not dispose properly of the hot coals. Improperly put out cigarettes or hot coals can cause fire long after they are left behind. Therefore, it is essential to dispose of the coals in sand, or on other such surface, and to cover them with a rock.”

Brush fires can be very dangerous, as we have seen in news from abroad. “If a brush fire ignites at the border of a cabin area and the wind blows toward the cabins, then a 20 or 30-meter wall of fire can spread rapidly among the cabins,” Pétur explains.

Wilfires are not common in Iceland, but the latest serious example dates back to 2006, when 68 km2 (26 sq mi) burned in Mýrar, West Iceland. The fire in Mýrar is believed to be the largest wildfire in Icelandic history.

Cabin owners are encouraged to have their garden hoses connected and ready for use, in case of fire.