Unique View of the Northern Lights 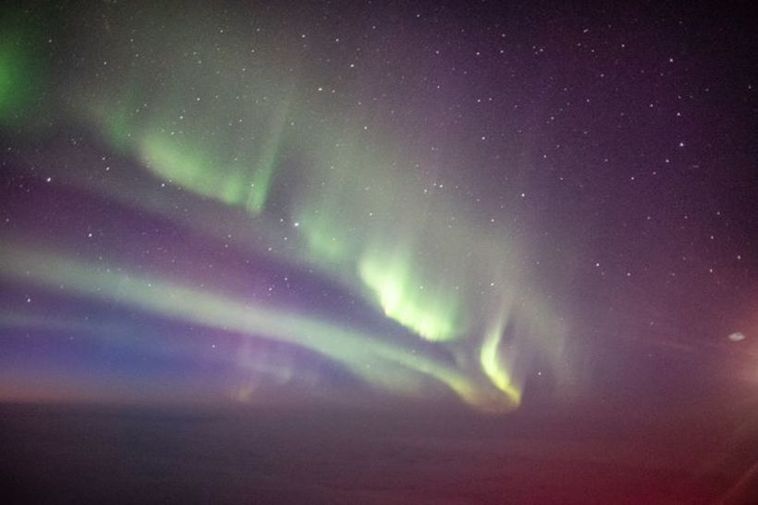 “I just wanted to share something magical that happened last night,” professional photographer Rebecca Douglas told Iceland Monitor on Friday. Her amazing pictures of the northern lights were taken aboard an Icelandair flight, approaching the south coast of Iceland, on her way from the UK, between 9:45 and 10:20 pm Thursday night.

You can click the arrow on the first photo to view them all.

“Well, I think it is safe to say this was my most favorite flight ever. My Icelandair seat put me in the most epic spot for a ringside seat as a geomagnetic storm rippled across the sky!” she states.

She describes the imperfect conditions for shooting the photos:

“Shooting long exposures hand-held is a challenge. You normally want a tripod. The shutter in these was open for one second, the plane is moving fast, I am wrapped up in my coat to cocoon, light from the cabin reflecting on the window, and breathing is making things hot and steaming up the window and reflecting the light from the plane wings that is flashing... and I was resting on the seat in front of me and the guy was moving around to see it too! Probably about every element you don’t want when shooting long exposures!

Being a pro photographer, the perfectionist in me wants razor sharp stars, but sometimes sharing the moment outweighs that. It was the best I could do with the circumstance. This is the best aurora I have ever seen from a plane.”