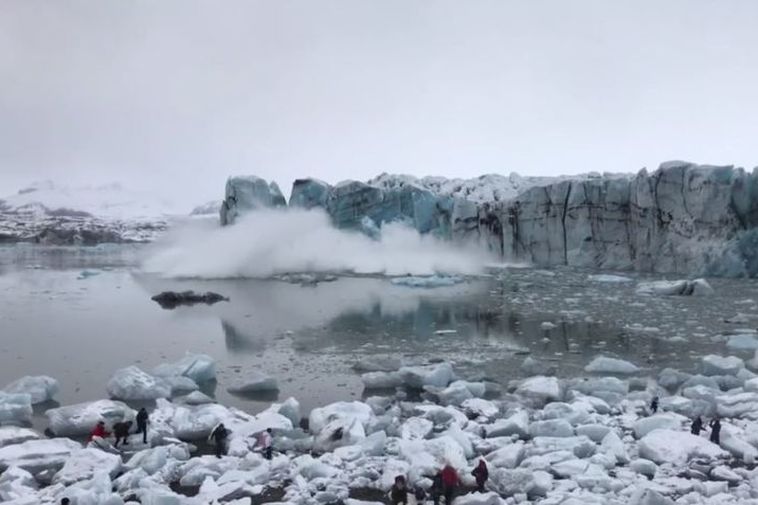 Thankfully, no one was injured, but tourists ran for their lives as the large waves approached the shore. The unique event was caught on video by Stephen Mantler, who works for the travel company Háfjall. He told RÚV national public broadcasting that such large waves are a rare occurrence in the lagoon. He stated that the tourists were well informed about how to react. “They were not scared, but rather very excited,” he remarked.

The video led MP Ari Trausti Guðmundsson to post words of warning on the Facebook page of the Left -Green Movement in the South Iceland constituency.

“This is a most serious event,” Ari Trausti writes. “One must never sail near a calving glacier,” he adds, “and one must not walk or stay on the shore near the edge of such a glacier.” He is especially concerned about people near the mouth of Jökulsá river in windy weather, when the surf is high, who venture out on the ice. He states this event raises questions about information provided to tourists, and about where to restrict access and when.