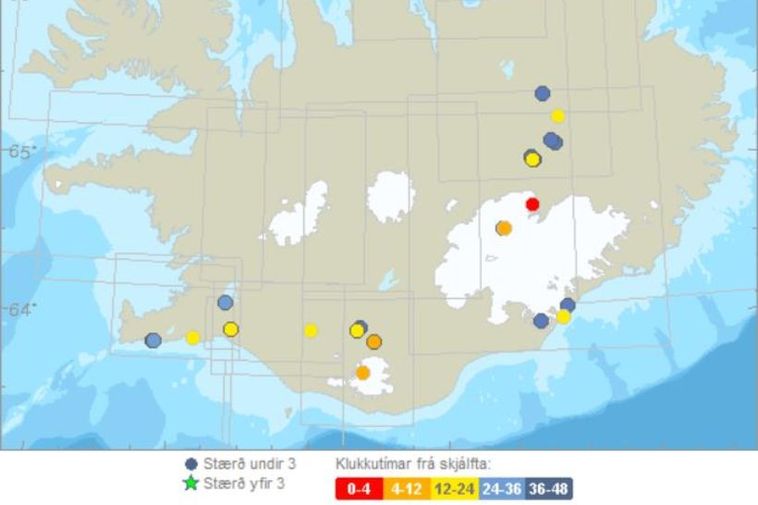 Two earthquakes measuring 3.1 have been detected in Öxarfjörður near Kópasker. The first occurred  shortly after 8 pm last night and the second at 03:51. A swarm of earthquakes has been occuring there since the weekend but the rest have been much smaller ones.