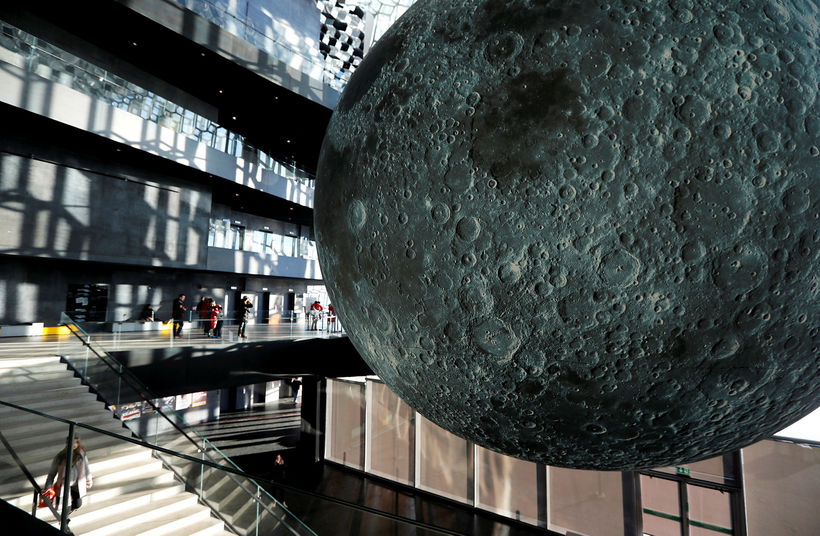 Museum of the moon is a new touring artwork by UK artist Luke Jerram. mbl.is/Eggert

A giant moon has been installed at Harpa Concert Hall and Conference Centre in connection with an IT conference. The theme of the conference is man's first voyage to the moon as this year marks the fiftieEldborg hall about the world and outer space.

Museum of the Moon is a new touring artwork by UK artist Luke Jerram.

Measuring seven metres in diameter, the moon features 120dpi detailed NASA imagery of the lunar surface. At an approximate scale of 1:500,000, each centimetre of the internally lit spherical sculpture represents 5km of the moon’s surface.

Over its lifetime, the Museum of the Moon will be presented in a number of different ways both indoors and outdoors, so altering the experience and interpretation of the artwork. As it travels from place to place, it will gather new musical compositions and an ongoing collection of personal responses, stories and mythologies, as well as highlighting the latest moon science.

Luke Jerram’s multidisciplinary practice involves the creation of sculptures, installations and live arts projects. Living in the UK but working internationally for 19 years, Jerram has created a number of extraordinary art projects which have excited and inspired people around the globe. Jerram has a set of different narratives that make up his practice which are developing in parallel with one another. He is known worldwide for his large scale public artworks. 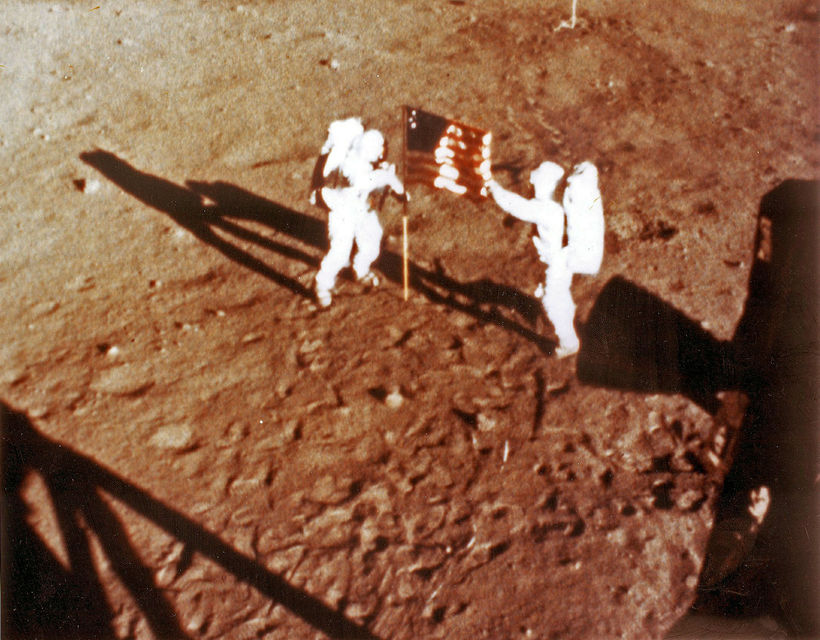 This year there will be 50 years since the spaceflight Apollo 11 launched from Earth’s surface into Space and four days later the first manned spacecraft landed on the surface of the Moon. It is estimated that over 500 million people watch a live broadcast when astronaut Neil Armstrong stepped out of the lunar module and onto the Moon’s surface and declared “That’s one small step for man, once giant leap for mankind”.

Since the moon landing, development in computer and information technology has taken a giant leap and today modern technology is in some sense an unbreakable part from your daily lives.

To celebrate the 50 th anniversary of the Moon landing, UTmessan invites the public to a special agenda in Eldborg in Harpa where guests can look back to the past, learn about the technology that delivered mankind to the Moon, how we can survive in Space and where technology will bring us in the next 50 years or so.

UTmessan will also invite guests to get closer the “Moon” that ever before in Iceland and guests will have the opportunity to view the surface of the Moon up close.

The week before the UTmessan and during the two-day conference the artwork Museum of the Moon by Luke Jerram will be showcased in the main hall of Harpa.

Inside the artwork are light fixtures and the moon will light up its surrounding in Harpa during the evenings. The light sculpture of Harpa’s class windows will also play a role with the artwork for people walking past the building

UTmessan, Ský and the University of Iceland collaborated for the exhibition of the moon in Harpa.

Saturday February 9 th UTmessan will be open to the public where companies and institutions invite guests to experience the newest trends in the computer and technology sector.

The moon will rise in Harpa in the twilight on Monday February 4 th and will shine on visitors in Harpa and UTmessan until February 11 th .