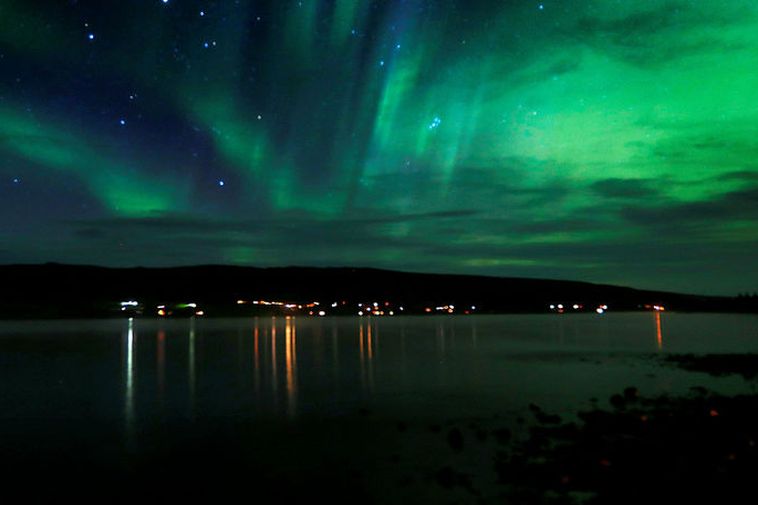 According to the director of Gray Line, Þórir Garðarson, there is no sign of a decrease in tourists visiting Iceland to see Northern Lights.

Northern Lights were prominent in the night sky on the weekend due to calm, clear weather.

Garðarson says that the Northern Lights winter season (September until April) remains very popular with tourists and that it's one of the most important factors of winter tourism in Iceland. Tourists do, however, stop for a shorter period of time in Iceland than before. Over 40% of tourists to Iceland in the winter season go hunting for Northern Lights.