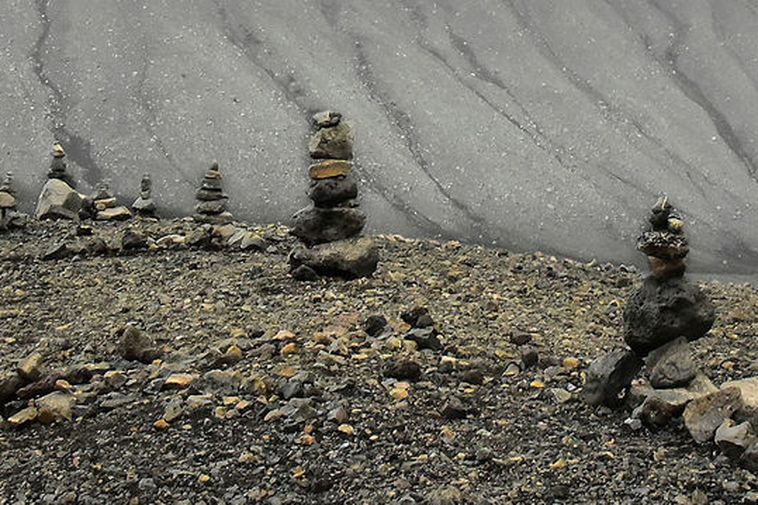 “Some call them ‘tourists’ warts.’ That tells you something,” tour guide Árni Tryggvason states in an interview with Morgunblaðið today. He is talking about cairns, which tourists make for fun. “One cairn calls for another.” Unlike traditional cairns, these are not stacked to serve as guideposts, but purely for entertainment. They have become controversial and have long been a problem in the view of many.

“Some people regard this as art, while others see it as an unnecessary transformation of the landscape,” Árni continues. “I’m among the latter. There are many of them that I have kicked down, but you need to know the difference between those and the real ones.” He believes these ‘tourists’ warts’ are becoming less common in the mountains, for example on the Kjölur plateau, where they used to be in larger numbers than this year.

Árni explains that stacking them has serious consequences for the environment. “By tearing up a stone, you tear up the soil. If this is in an area where the soil is delicate, and you start tearing up all the stones, then you have begun creating the basis and beginning for soil denudation, soil erosion and hydrolysis. Besides, this just transforms the landscape, which should be left alone.”

He takes Mosfellsheiði plateau, where numerous cairns were made last year, as an example. Those cairns were subsequently kicked down and a sign put up, prohibiting their making. Today, the area is just a gravel plain and very different from what it used to be.

By Harpa Concert Hall, a multitude of cairns have been raised and left undisturbed. That, in Árni’s view, is a problem: “There, an example is set, and therefore, people think it’s all right to stack more.” He notes that despite the term ‘tourists’ warts,’ the problem existed even before the stream of tourists began. Already in 2010, he noticed an increase in the phenomenon.