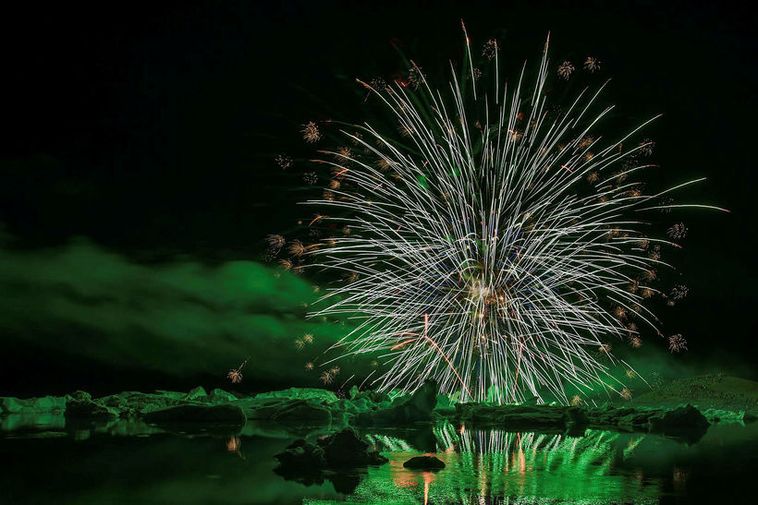 Fireworks over a lagoon filled with icebergs sounds like a scene out of a film, but it's actually an annual event at Jökulsárlón lagoon in South East Iceland, now taking place on Saturday, August 11th. Each year in the middle of August Hornafjörður search and rescue association, Jokulsarlon boat trips and the Vatnajokull Region collaborate on this spectacular show there fireworks light up the night.

Jökulsárlón is already known as one of the most stunning places in Iceland, an impressive lagoon with hundreds of icebergs from Vatnajökull glacier sailing around in it. On Saturday evening it gets even more astounding.

Shortly before 11 pm, when the show starts, organizers sail between the icebergs and arrange over a hundred candles on them. Then the candles are lit, casting a glow on the ice until the fireworks start, and outshine them. The icebergs at the lagoon are bathed in colours and the light of the fireworks, all mirrored in the lagoon itself.