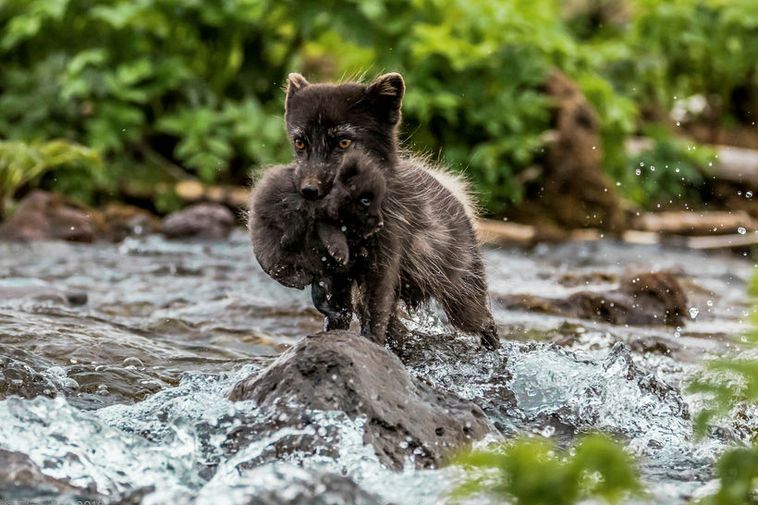 A mother's love: Vixen carries her cubs one by one across the river to move them to a new den. Photo/Elma Ben.

Photographer Elma Rún Benediktsdóttir spent two hours hiding in moss in early June to capture this incredible photo of an Arctic fox vixen carrying her cubs across a river with a strong current.

The photo was taken in the beautiful and remote area of Hornstrandir in the West Fjords. "I saw her running past me so I decided to follow her," Elma says speaking to Morgunblaðið. "She's moving her den and was moving her cubs one by one to the new one and was forced to cross the river."

Seals to Be Protected in Reykjavík