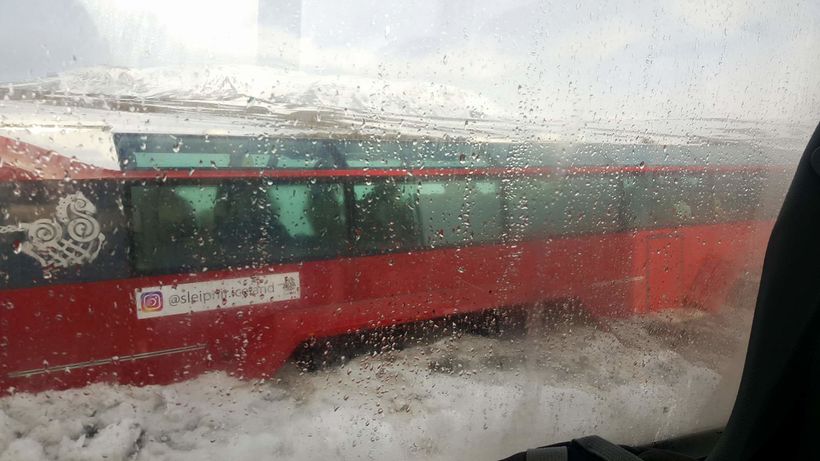 Glacier bus Sleipnir was stuck for 12 hours in glacial sludge near Langjökull glacier on Tuesday.  Thirty seven tourists were on board. The bus was specially modified by Ástvaldur Óskarsson who also happened to be driving when the accident occurred.

"There was a car stuck on the road in front of me. I was going to drive off the road past it but this happened instead," he says speaking to mbl.is. The bus was only dislodged last night with the help of a bulldozer.

The Sleipnir bus is probably one of the largest of its kind in the whole world with 78 inch tyres. "Ice slush is the worst enemy for superjeeps. It looks innocent until you end up in a gap and a sideways slant. Then it's over."

Most of the tourists on board were Chinese and were calm despite the accident. They were transported via another vehicle a few hours later. 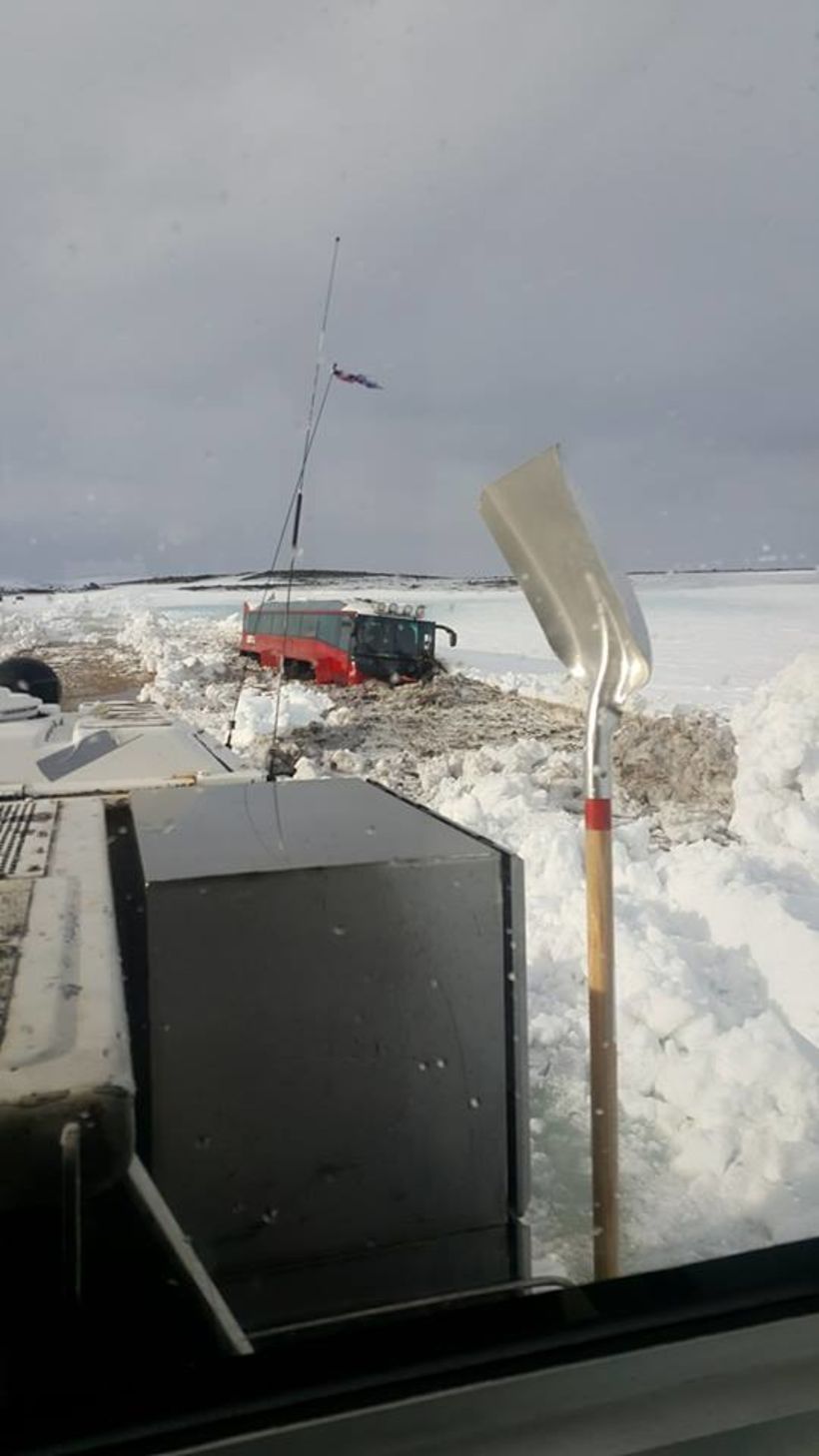 This is the first time that Sleipnir gets stuck and Óskarsson points out that there's been a lot of rain recently. "That's just how nature is, man sometimes has a hard time dealing with it." 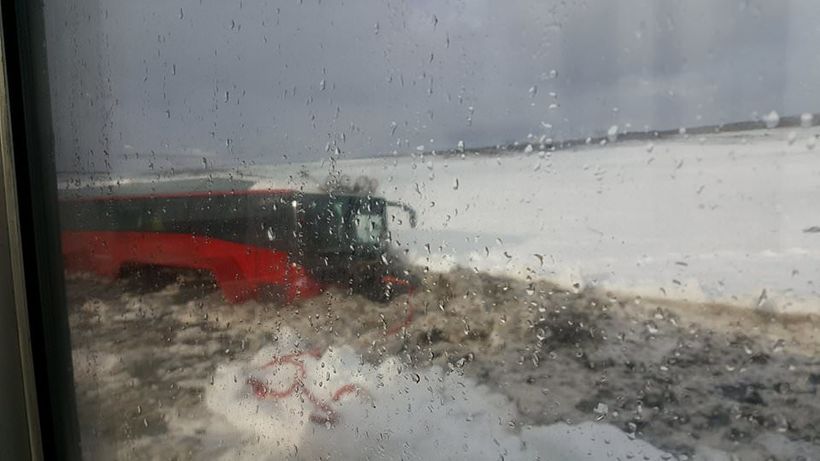