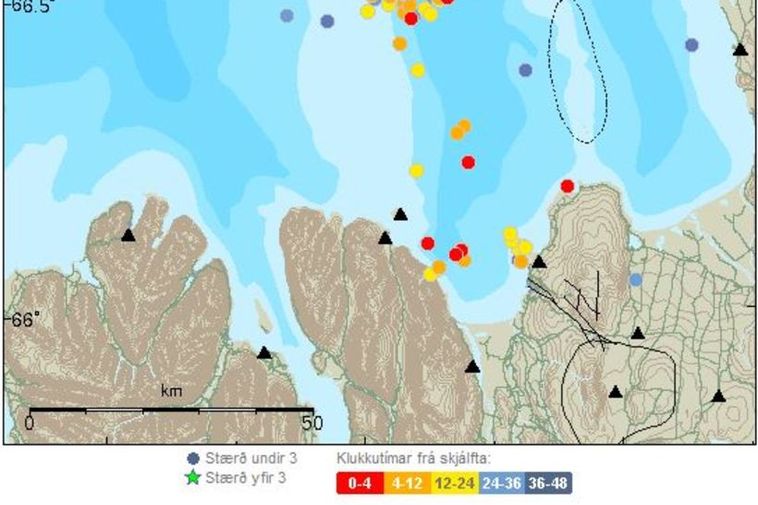 Grímsey is the northernmost point of Iceland. Here you can see the earthquakes occuring with the green stars signifying quakes over the magnitude of 3. Map/Iceland Met Office

There are still numerous earthquakes at Grímsey island in North Iceland and this morning three were measured at 3.5 to 3.6 on the Richter scale in the space of thirty minutes.

From midnight, five earthquakes were measured over 3 on the Richter scale. All occurred in a similar spot of origin and at a similar ocean depth. There are no signs of volcanic unrest on the Iceland Met Office's metres.