Tourists disregarded warning signs at Gullfoss waterfall last week and climbed over a gate that blocks the lower walking path to the waterfall. South Iceland police erected the gate last November for safety reasons, as the walking path becomes very icy and slippery in winter. Park rangers said at the time that the path is so icy that it’s hard to walk on it with out ice spikes.

The gate was first installed in the winter 2016/2017 after tourists had totally disregarded the safety signs. The path will reopen in the spring when weather conditions change. 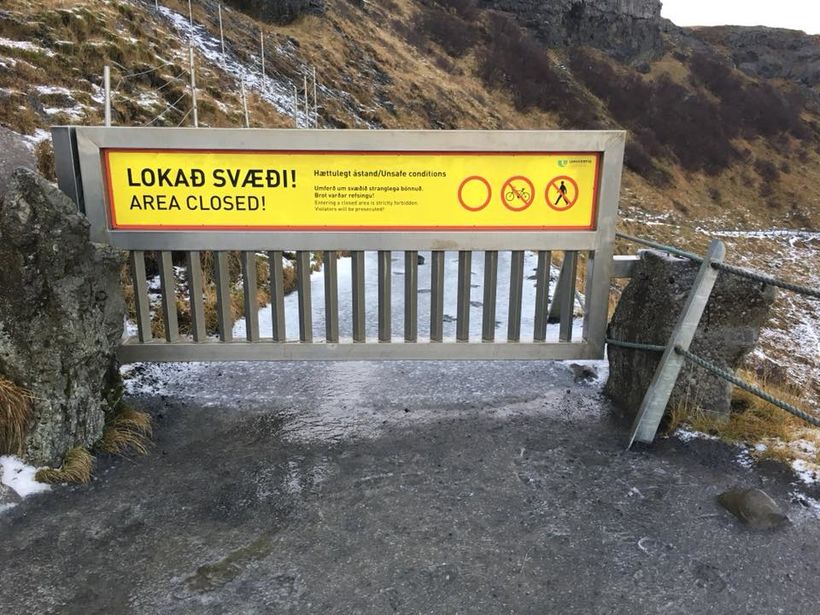 The path down to the falls is so icy that "it's impossible to stand upright on it ." Photo/Per Ekström

Diðrik Halldórson who manages the restaurant at Gullfoss visitor center, told mbl.is that people regularly go past the warning signs, but since the gate was installed a couple of years ago, it’s more rare.

"There area areas that are extremely dangerous. A snow cornice forms on the cliffs above the lower waterfall," Halldórsson said. He recalled an incident about four years ago when a group of ten people stood on a similar snow cornice before tour guides interefered. “If it had gone down, ten people would have perished.” 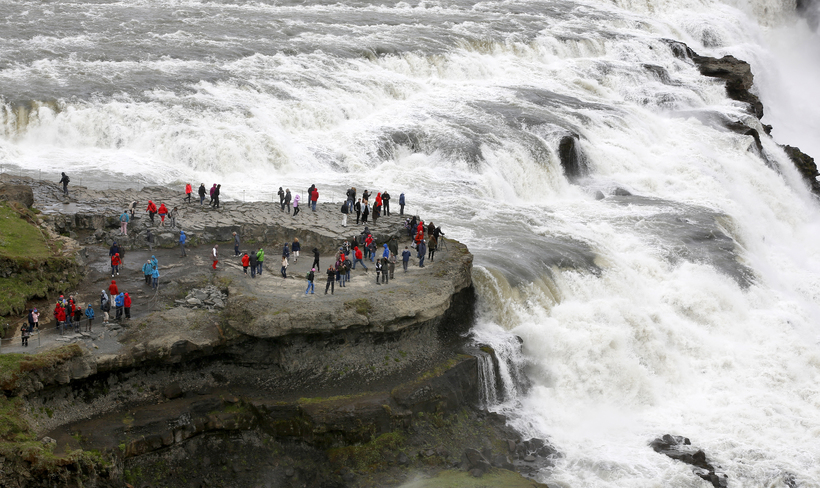 When conditions are good, tourists can walk all the way to the magnificent Gullfoss waterfall. The path becomes icy in the winter and is closed off. Iceland Monitor/Eggert Jóhannesson

Conditions near the waterfall are precarious if one ventures off the market footpath, but the area around the waterfall is perpetually damp.

Last July, a man fell into the waterfall . An extensive search and rescue effort that inclued over a hundred members of Icelandic search and rescue, divers, police and coast guard helicopters was instigated. His body was recovered the following month in Hvítá River.

And in September, a tourists risked her life and climbed down slippery rocks to take a selfie . 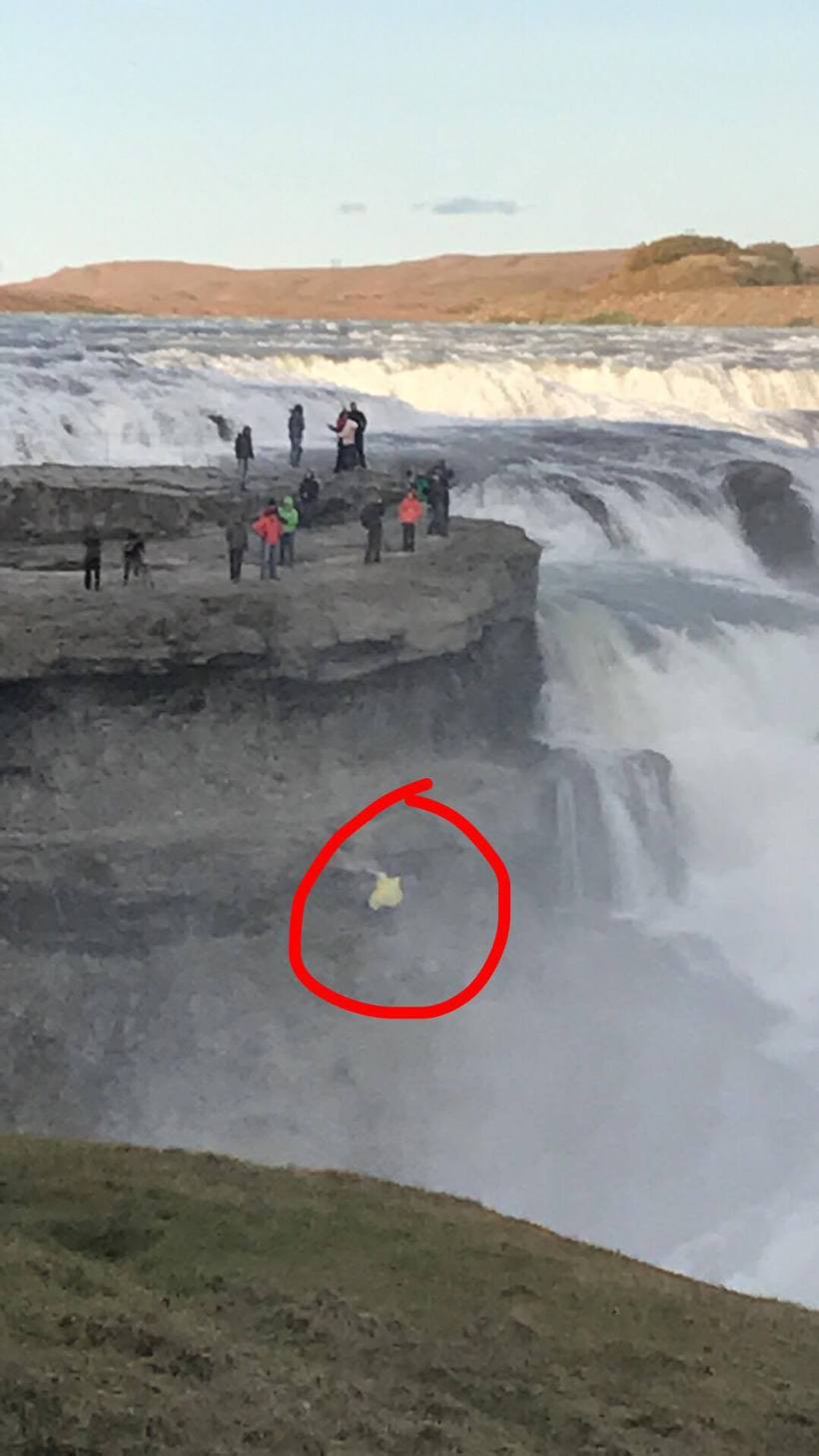 A tourist risking her life at the powerful Gullfoss falls in South Iceland. Photograph/Sunna Lind

Gullfoss waterfall is one of Iceland’s most popular tourist attractions, and a main attraction on the ‘Golden Circle’ route. 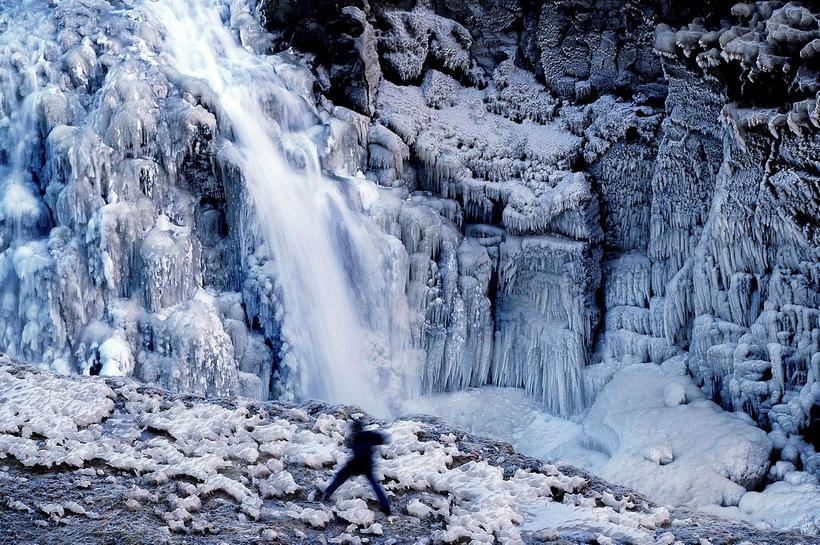 Conditions at Gullfoss waterfall are often precarious, especially if one ventures off the footpath in the winter. Iceland Monitor / Ragnar Axelsson