An epic race beneath the Northern Lights 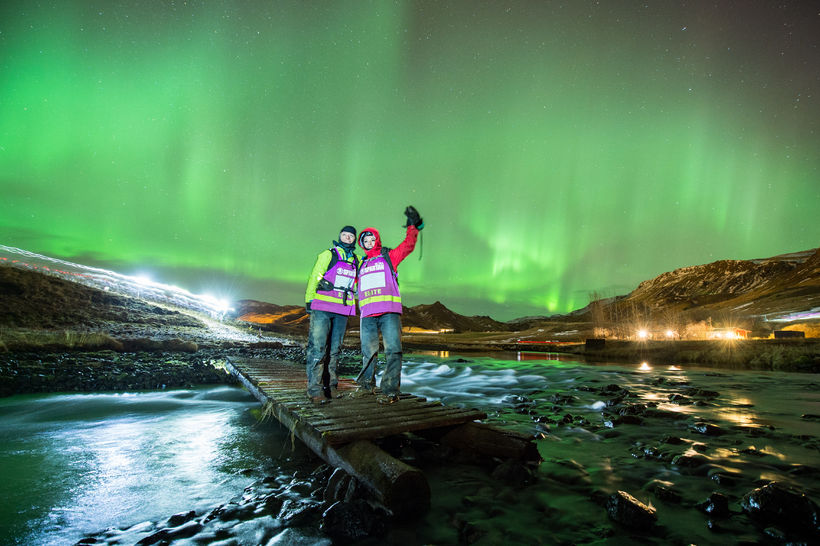 Iceland Travel and Icon.is recently organised an incredible race in Iceland to test the strength and endurance of over 800 contestants from 35 different countries. Over 70 volunteers from Iceland assisted in organising the event.

The race, called the Spartan Iceland Ultra World Championship took place on December 16th in the vicinity of Hveragerði, a town in South Iceland about a half-hour drive from Reykjavik. „The event was surveilled with the utmost of security and although people were competing in the dark and cold of winter only one ankle got sprained, says Erla B. Ágústsdóttir, Manager of the Incentive Department at Iceland Travel. Iceland Travel were contacted by Meet in Reykjavik to set up the race. 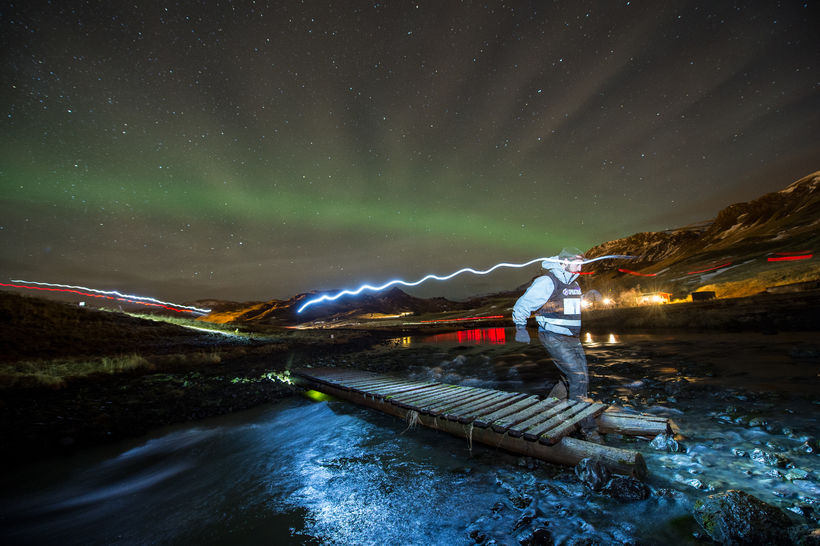 More than 800 athletes from 35 countries faced 60 mile-per-hour winds, downpours, sleet, snow, below freezing temperatures and darkness as they raced through 11.9-kilometres of unforgiving terrain, hot springs and 20 signature Spartan obstacles with $25,000 USD in cash prizes on the line.

The race kicked-off with a Viking ceremony and 5K prologue through the town of Hveragerði, where the race was held, just outside the capital city of Reykjavík. Only the strongest competitors went the full distance, and the top five male and female athletes who completed the most course laps took home prize money. All 24-hour finishers received an Ultra World Championship medal, while those who completed 4 laps, but finished before the end of the 24-hour period, were awarded with a constellation “Ultra Beast” belt buckle.“ 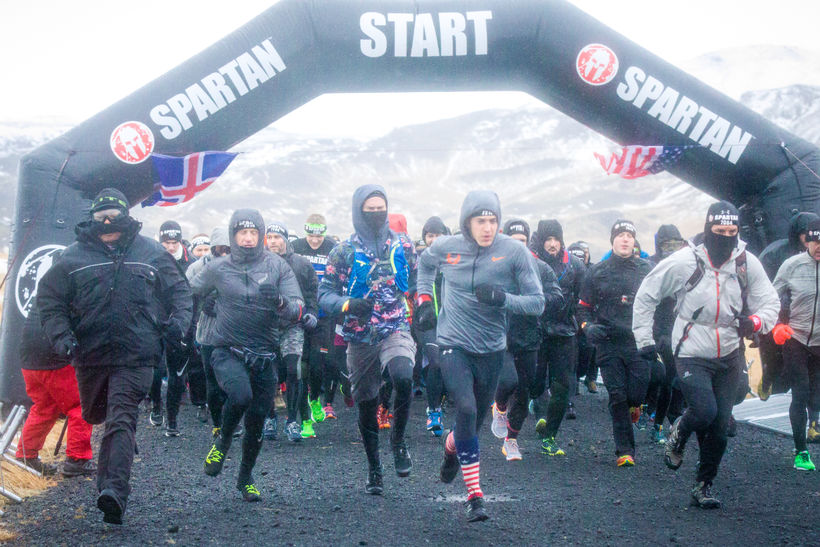 “The display of the Northern Lights on Saturday night was a sign,” said Spartan Founder and CEO Joe De Sena. “As promised, the race delivered some of the most punishing conditions to ever to take shape during a Spartan event, making our first race on the Island one of the hardest obstacle races in history. Athletes who crossed the finish line on Sunday weathered some of the worst conditions I have seen during an endurance race, and showed a true display of dedication, passion and grit.” 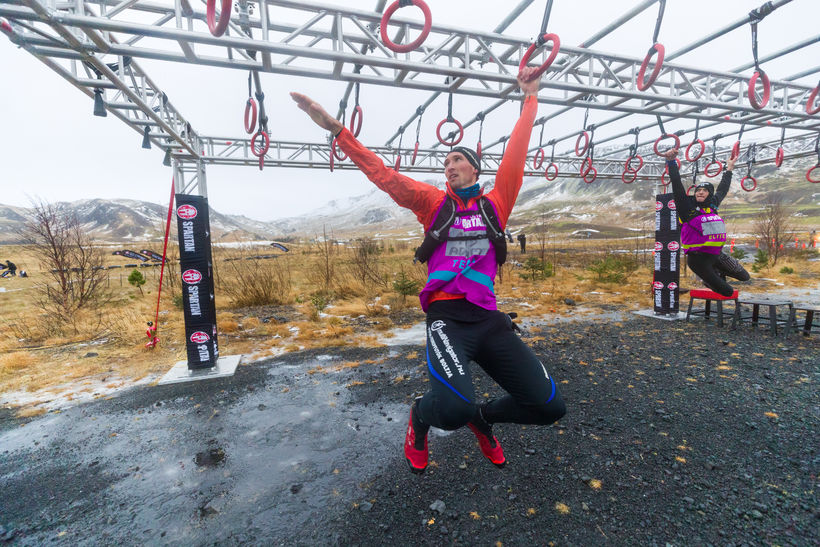 The USA’s Joshua Fiore placed first in the men’s category when he crossed the finish line after 11 laps with a time of 22:55:42 while the Czech Republic’s Pavel Paloncy and Austria’s David Dietrich followed closely behind in second and third place with the same mileage. German Chris Lemke and 2015 Spartan World Champion Robert Killian (USA) trailed behind with 10 laps in fourth and fifth place. In the Women’s category, the Canada’s Morgan McKay placed first after nine laps and a time of 21:06:38 with Germany’s Vanessa Gebhardt and Canada’s Alison Tai trailing behind in second and third place, also with nine laps. Iceland’s own Katrin Sigrun Tomasdottir completed eight laps to place fourth along with the UK’s Lilian Keller trailing behind her. 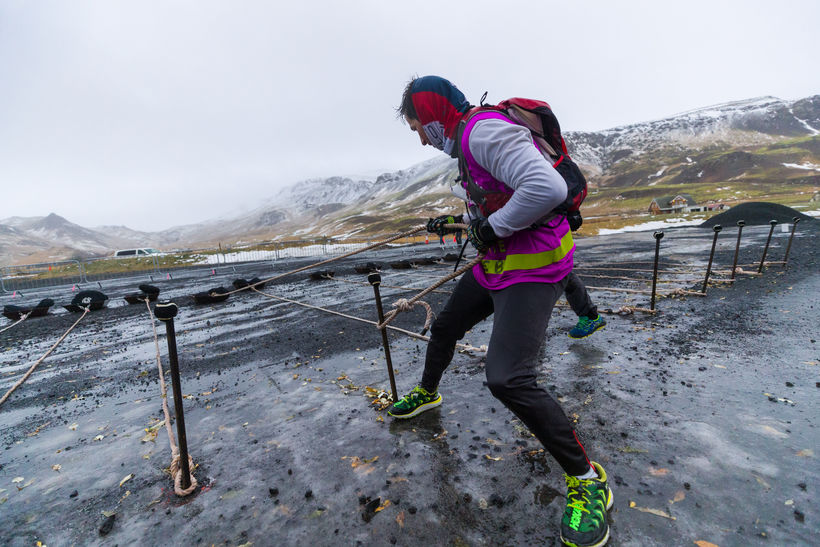 In addition to the 24-hour endurance race, Spartan held its signature “Sprint” event, in which Reykjavik native and 2015/2016 CrossFit Games champion Katrín Davíðsdóttir took on a 6.8-mile course with 20 obstacles, competing in her first OCR event. Davíðsdóttir held up to the competition, placing third in the women’s field, while her mother Odda Helgadottir followed behind.