Earthquakes detected in both Grímsey and Bárðarbunga last night 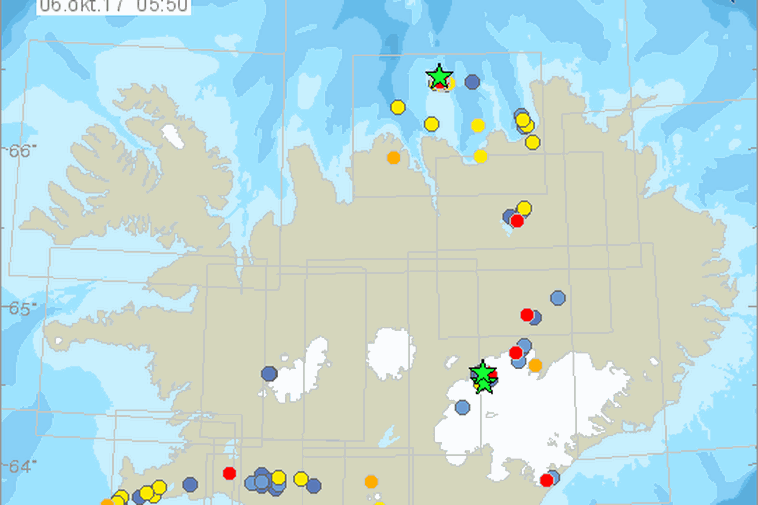 The green stars show where the earthquakes were detected. Map/Iceland Met Office

Several earthquakes were measured at Grímsey island north of Iceland last night as well as at Bárðarbunga but according to the Iceland Met Office there is no sign of volcanic unrest.

Yesterday afternoon an earthquake of 3.9 was detected at Grímsey followed by two more earthquakes last night at 3.5 and 3 consequently.