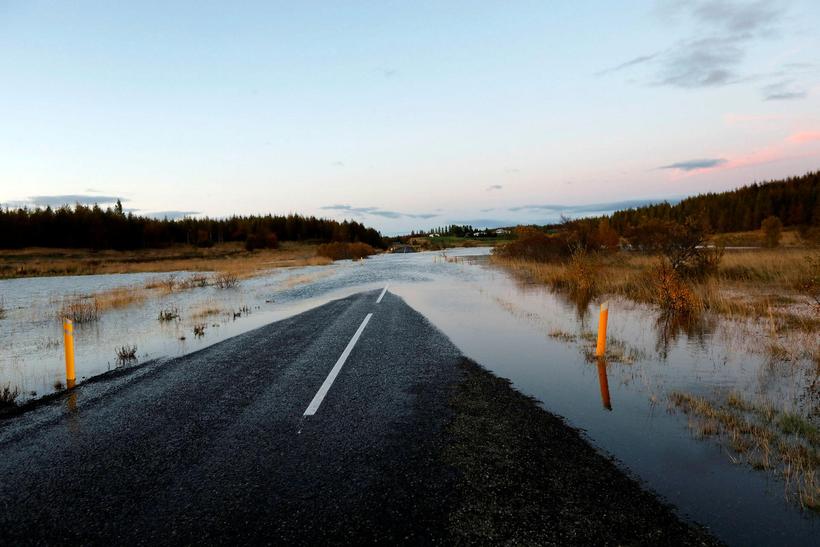 The ring road is closed at Höfn, one of the largest towns in the East Fjords. Iceland Monitor/ Eggert Jóhannesson

The closure of the no.1 highway around Iceland, the ring road at Höfn in East Iceland due to the floods has had a paralysing effect on the tourist industry in the area.

Tourists have been cancelling bookings and in Breiðdalsvík not a single tourist has been seen for days. Owner of Hótel Bláfell says that the damage is in millions of ISK. "We had twenty rooms booked tonight and all but one of those bookings have been cancelled. All four groups we were expecting next week have cancelled. For small companies like us it's a huge financial loss. We probably can't get any compensation either."

At Hótel Eyvindárá, owner Ófeigur Pálsson says that the interuption of the ring road in Est Iceland is a "huge shock for all of East Iceland." His hotel is almost empty and he says that tourists coming from the North of Iceland turn round at Mývatn and that of course people can't get there from the South.

Owner of the Egilsstaðir guesthouse, Gunnlaugur Jónsson says that tourists are all cancelling bookings and hears similar stories from other companies. "When it stops raining they'll fix this quickly. This is just how our country is, this is just how things are." 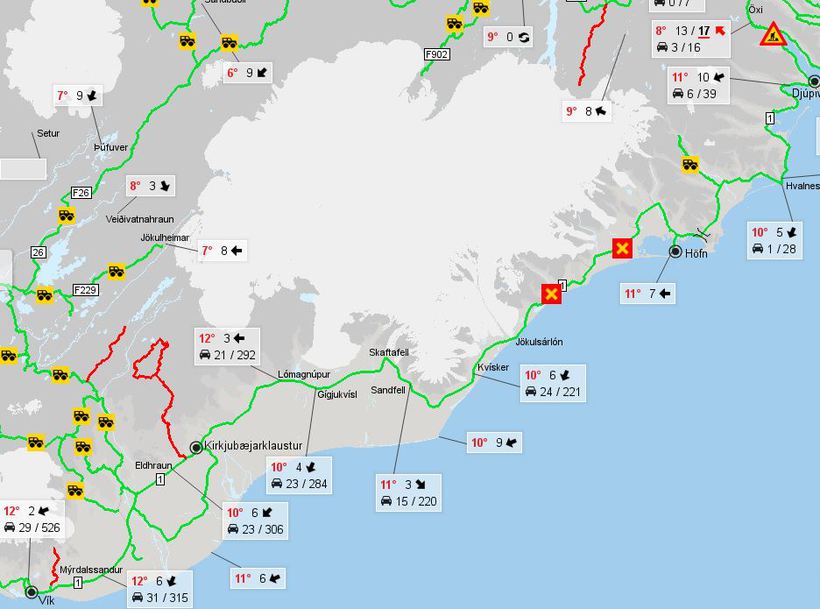