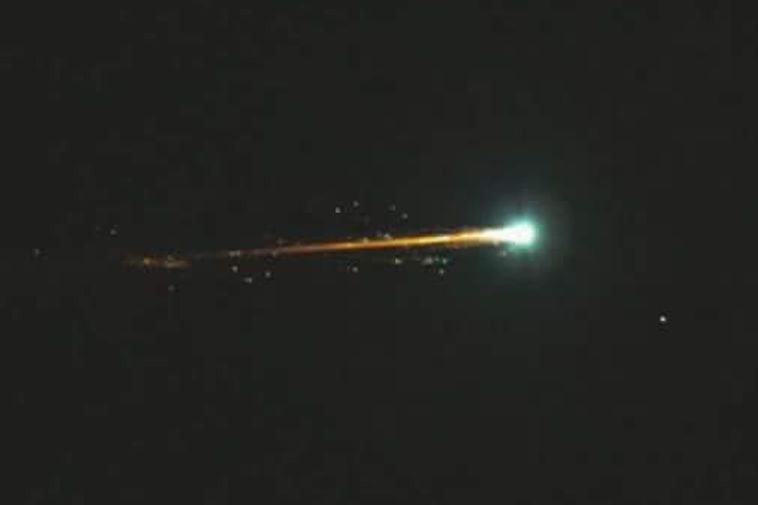 The earth-grazing fireball was observed in numerous places around Iceland and was prominent on social media. Photo/Twitter

A strange light was visible in Iceland last night and lots of people posted photos and videos of it online, some speculating on what it could be. Astronomy experts confirm that it was a meteor.

"Did anyone see that meteor above Reykjavik," one Icelander writes on Twitter and another writes, "In the middle of an ocean of Northern Lights we saw a shooting star right near us, it seems. Like a huge rocket, flying fast across Mount Esja," wrote another. A tourist writes that the Northern Lights display last night was overshadowed by the meteor. "It was so cool."

On Stjörnufræðivefurinn, Iceland's leading astronomy website it states that the phenomenon was a meteor and that people had seen it all across Iceland. In the North, in Reykjavik and in South Iceland.

"As you can see the meteor passes rather slowly across the sky which means that it entered the atmosphere at less than 20 km per second, which is fairly low for meteors," states the website.

Several witnesses reported about a meteor over #Reykjavik #Iceland less than hour ago. Photo by P. Pszeniecka. pic.twitter.com/8rF2IEeGzt

"The meteor was probably made of rock because as you can see it disintegrating before it disappears at an altitude of 20-30 km. From the light we can tall that it was a small rock, smaller than a football and probably even smaller than a tennisball but that's a rough estimate."

Despite so many people seeing it last night, Stjörnufræðivefurinn reports that it's far from the brightest shooting star to have been observed in Iceland. "But it's probably the most viewed one. It's nice to see how many people are starting to observe the night sky."

Today is a clear day in Reykjavik and Northern Lights are likely to be highly visible tonight.