What to do in the event of earthquakes, eruptions and avalanches 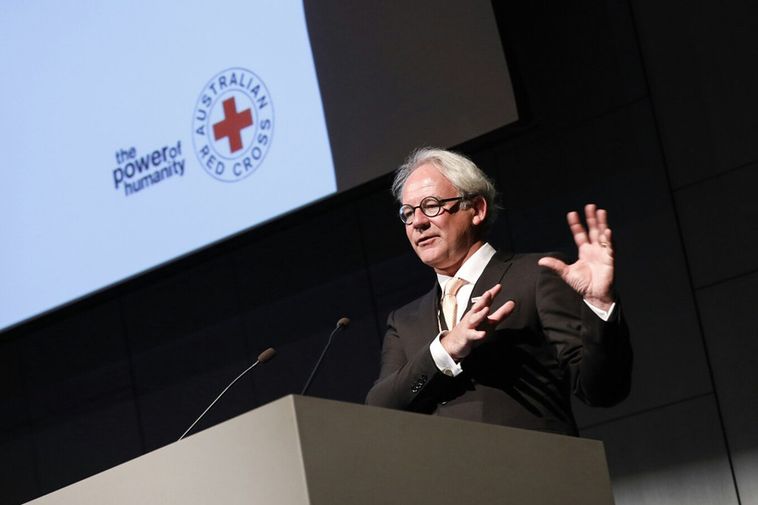 Icelanders live under the constant dangers of great natural disasters, such as earthquakes, volcanic eruptions and avalanches. Although natural disasters can be predicted it can be difficult to predict their impact on the country, says John Richardson, National Coordinator-Preparedness for the Red Cross and responsible for the Emergency REDiplan.

Richardson is giving talks today at Harpa Concert Hall and Conference Centre at a conference tackling natural disasters and preparedness, a conference that ends on Friday.

His talk today is called "More than three litres of water" referring to what people need to keep in mind in case of natural disasters and how to prepare physically and mentally.

"Nobody wants to die in a natural disaster but we know from experience, especially here in Iceland, that the impact  of natural disasters can last for a long time and can affect people for years," says Richardson speaking to mbl.is.

"What we're trying to do, and what I'm talking about, is how to reduce that long-term impact by being prepared for natural disasters, as well as talking about what people can do to prepare and thus reduce the impact."

On his stay in Iceland, Richardson has visited Icelandic SAR teams and the Red Cross. "I was surprised at the number of people working for the SAR teams. They amount to one and a half percent of the total population. In Australia we would never have such a high percentage. This points to how resilient you are, and have to be, due to the weather conditions and the remoteness of the country.  But you have also learned from all the events that have occurred, such as earthquakes, avalanches and volcanic eruptions."

Richardson says that in case of natural disasteres there are things that people must have. Enough food and water, a radio, an evacuation plan of sorts and some kind of emergency flare. People have to also think of where they will be evacuating to in case they can't return to their homes.

He also says that it's important to safeguard valuable, personal objects with a sentimental value and to make an evacuation plan for both pets and livestock.